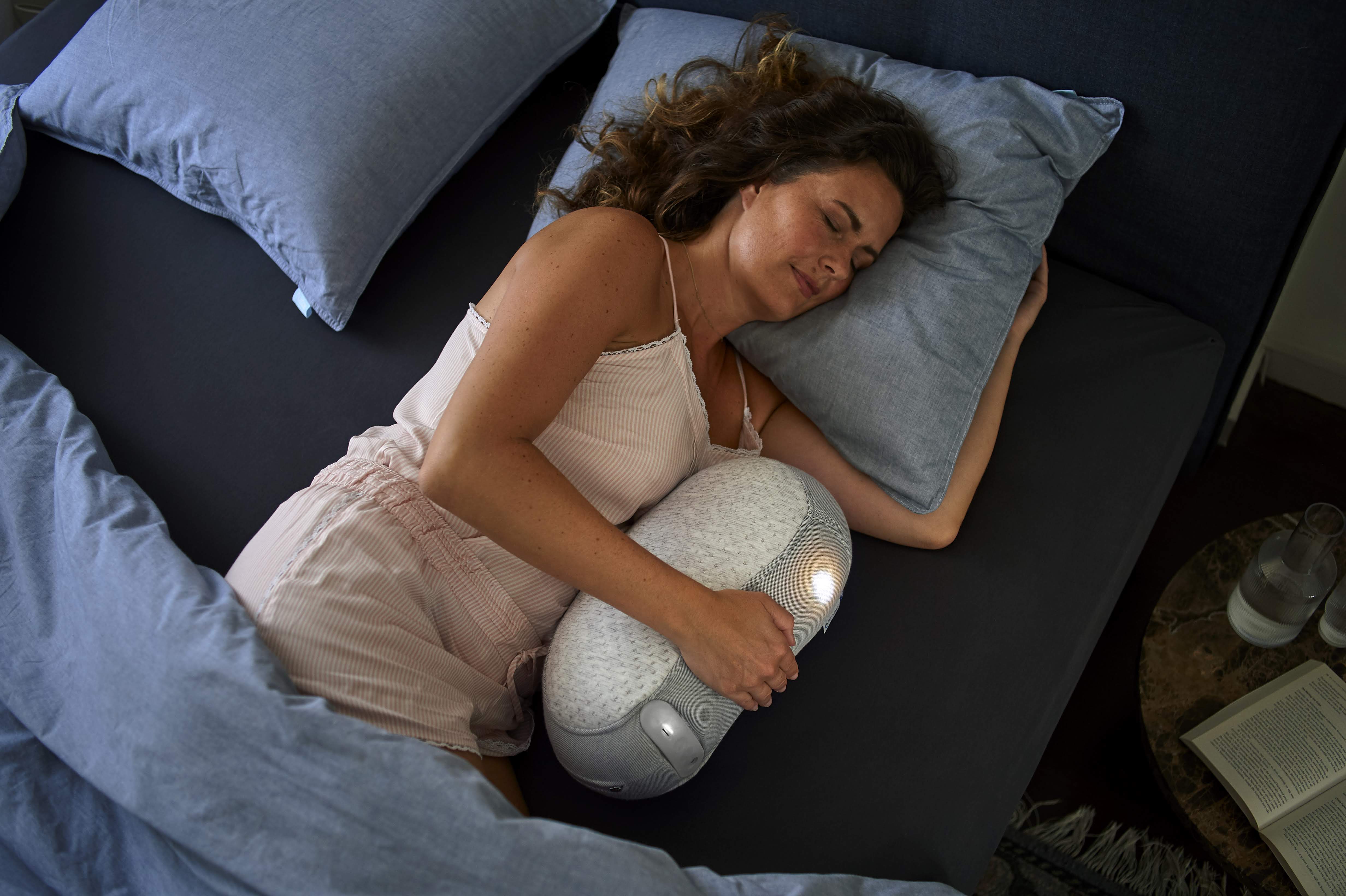 Sleep With a Robot For a Better Nights Sleep

Ever thought about sleeping with a robot? Probably not I’m tipping. But are you one those who do need to snuggle up to something, it may be one of those sausage pillows or a familiar teddy bear. I have no doubt plenty of you do, but what if you could snuggle with something with some smarts, something that helps you sleep faster, longer and even help you wake up refreshed. Well meet Somnox, the Sleep Robot.

As you can see, the Somnox is a soft pillow-like device. It’s fitted with sensors that sense breathing, and movement combined with an algorithm to help soothe the sleeper. Apparently when you get up and close with the Somnox you start to replicate a breathing type rhythm the little soft machine produces.

The Somnox also plays a calming audio soundtrack similar to a heartbeat or you can choose from various lullabies, white noise and even spoken guided meditation included in the accompanying app via iOS and Android. There’s the potential to upload personal soundtracks.

“Knowing about sleep is nice and there are plenty of products out there that help track your sleep, but it’s time for a device like the Sleep Robot that actually does something to help you get to sleep. ”Somnox co-founder, Julian Jagtenberg said.

“We need to create a sleep ecosystem; including data streams, hardware and services. With Somnox we aim to collaborate with forward thinking parties towards this ecosystem and help everyone sleep better.”

The Sleep Robot will be made in the Netherlands and available for pre-order for €549 or around $880 AUD from March 2019. There’s no word on Australian availability.

Sleep With a Robot For a Better Nights Sleep

Virtual reality is a technology that’s been around longer than most of us care to remember. Having said that, good virtual reality...