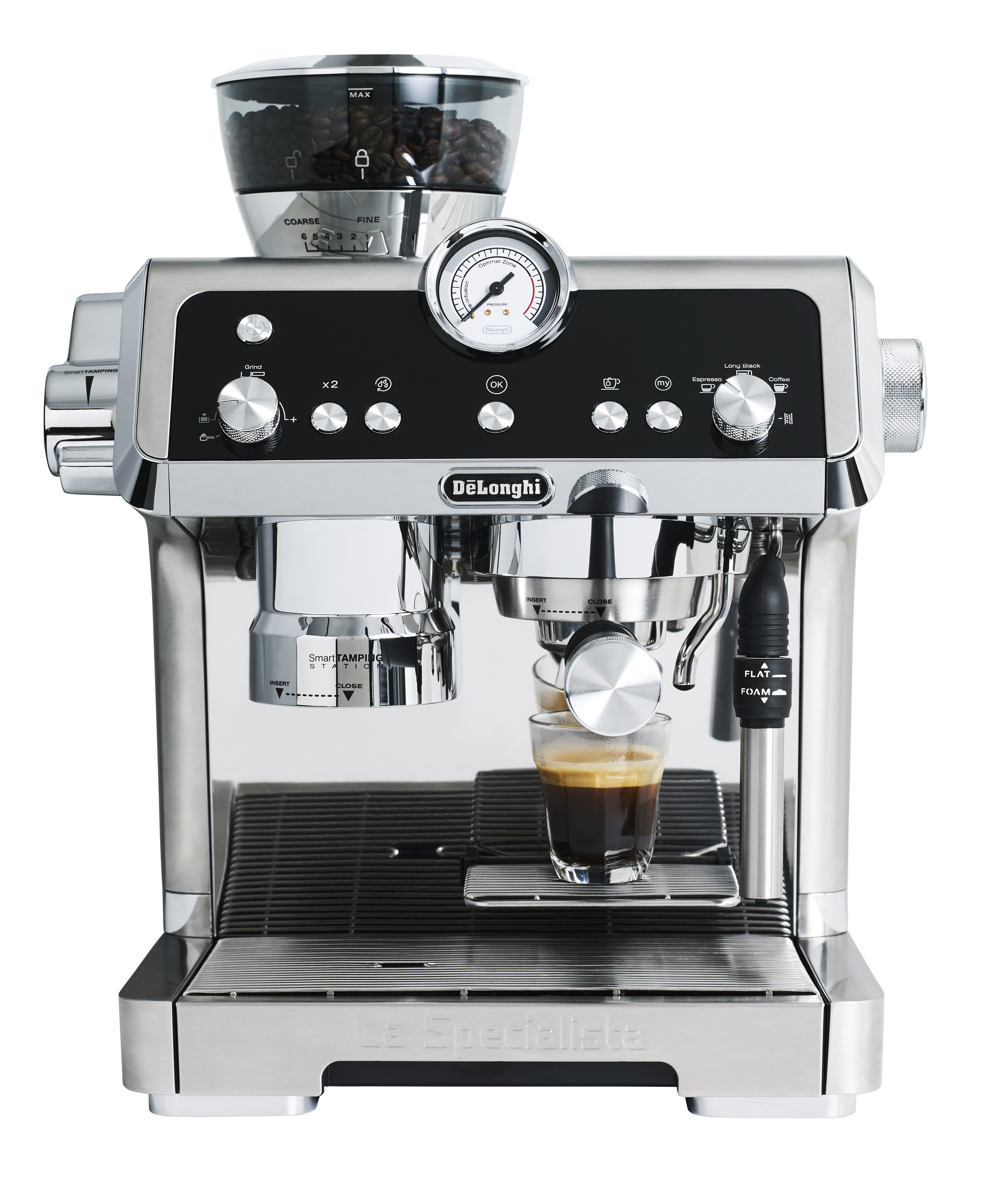 When it comes to coffee machines some like simple, some like to grind their beans, tamper the grounded coffee dose and steam to perfection a jug full of foamy, silky milk. Personally, I zero in on two things, taste and convenience. Which brings me to De’Longhi’s latest coffee maker, the La Specialista.

The La Specialista has been occupying EFTM HQ for a few weeks now. This machine on the surface looks like a totally manual machine, the type I usually avoid. But turns out this beauty is semi-automatic, combining a grinder and built in tampering lever.

On top is a removable container that you fill with your favourite coffee bean. Once the filter holder is twisted into place the grinder goes about its duty, sending just the right amount of coffee into the filter. It uses grinding sensors to ensure the perfect consistency, you can also manually adjust the coarseness of the grind via a lever at the base of the coffee dispenser.

Once the appropriate amount of coffee has filled the filter it’s simply a matter of pulling down a lever, one that reminded me of an old slot machine, to apply the correct pressure on the grounded coffee.

Then it’s a matter of transferring the filter to the water outlet and hitting the go button. The water temperature is kept stable during the process which is vital when it comes to the perfect extraction.

If you prefer milk in your coffee the good news is there’s no hanging around waiting for the steam wand to heat up. There are two independent heating systems that warm both the water for the coffee and the steam.

The machine itself features that classical stainless look with a round pressure dial on the front. The unit is relatively compact and was easily accommodated on our rather small kitchenette bench.

The pump pressure is rated at 19 bar while the rear water tank can hold 2.0-litres. Included in the box is a stainless-steel jug, a box of decaling liquid for cleaning the machine and single and double coffee filters.

So, what about the coffee? I’m not claiming to be a world authority, but it simply delivers the perfect expresso shot time and time again. I’m not usually a milk man, but the steam wand doesn’t spray like a fire hydrant going off. It’s easy to use and warms and froths milk quickly and efficiently at a level that would allow even a novice to have a crack.

The La Specicialista is priced at $949.00 making it a premium purchase. But then again it’s possible to spend thousands on fully automatic machines that in reality deliver the same result. It’s worth a look.