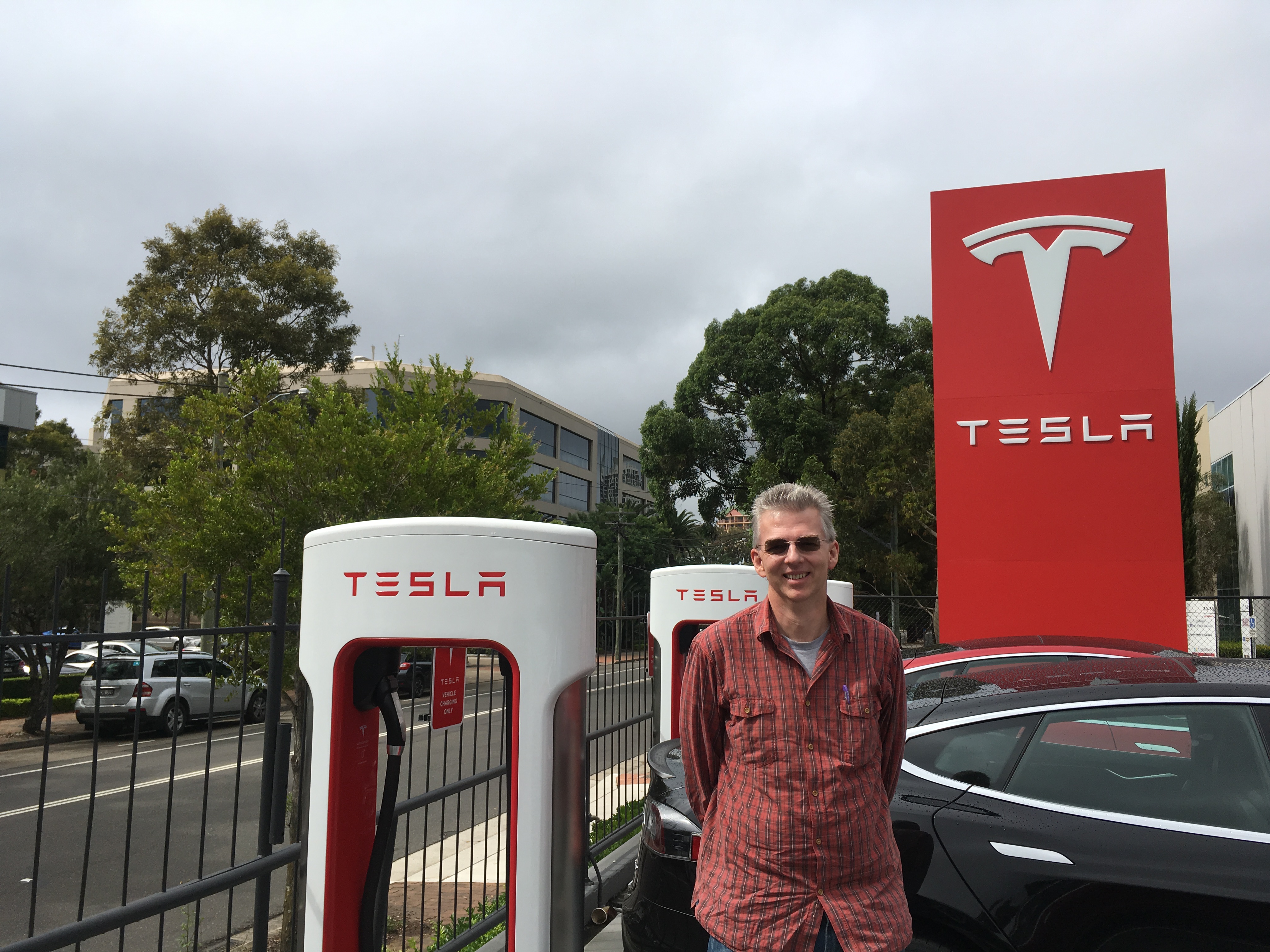 First in line for a Model 3 in Australia set to place his order tomorrow!

1159 days ago Andreas Stephens sat himself down outside the Tesla Store & Service centre in Sydney’s lower north shore at St Leonards to be ready to put his name down for a Tesla Model 3.

He was early – 48 hours he was prepared to wait, through day and night, all kinds of weather, he waited. And on Thursday March 31 2016 he walked into the store and put his name and money down for a Tesla Model 3.

That wait put him down as the first person in the queue for a Tesla Model 3, and while existing Model S owners do get priority over new customers who reserved a space like Andreas (and I), he can claim that title of “first in line” for ever more.

Fast forward more than three years, and orders for the Model 3 are now open, the Tesla website configurator is working and you can see the prices, the options and make your decision.

Judging by his email to EFTM today, Andreas is still keen on the Model 3

The big question though is – are the prices too high?

“The pricing is roughly in line with what I was expecting.” he told me, and while he wasn’t set yet on the exact configuration he was certain that the choices would be “at the core of our dinner table discussion tonight,”

Andreas has clearly kept a keen eye on all things Model 3 in recent months, noting that “When deliveries to Europe began, I checked out the Tesla website for Germany, and I think there they started by offered the long-range and performance configurations, as well as black/white interior and different wheel options, while in Australia it is either standard plus range or performance, and other than the 20” wheel for the performance model, it is the black 18” aero wheels and for the interior, it is black only. “

It seems he’s torn – with the cost of his garage construction (Andreas doesn’t have a Garage, so this is a critical thing before his delivery) escalating there’s a fine balance in the family budget to be made.

“I am tempted to get the performance model (for 100km further range rather than the faster acceleration)” he said, adding “I probably mentioned to you at the time, that I am not a car enthusiast as such. I do note however, that at this stage only the performance model has the premium audio option…”

Here’s hoping the dinner table conversation reaches an agreement, because if so, Andreas tells EFTM “the order hopefully to be placed tomorrow morning.”

Decisions decisions… He says “Red or Blue?!? Blue or Red?!?”

First in line for a Model 3 in Australia set to place his order tomorrow!