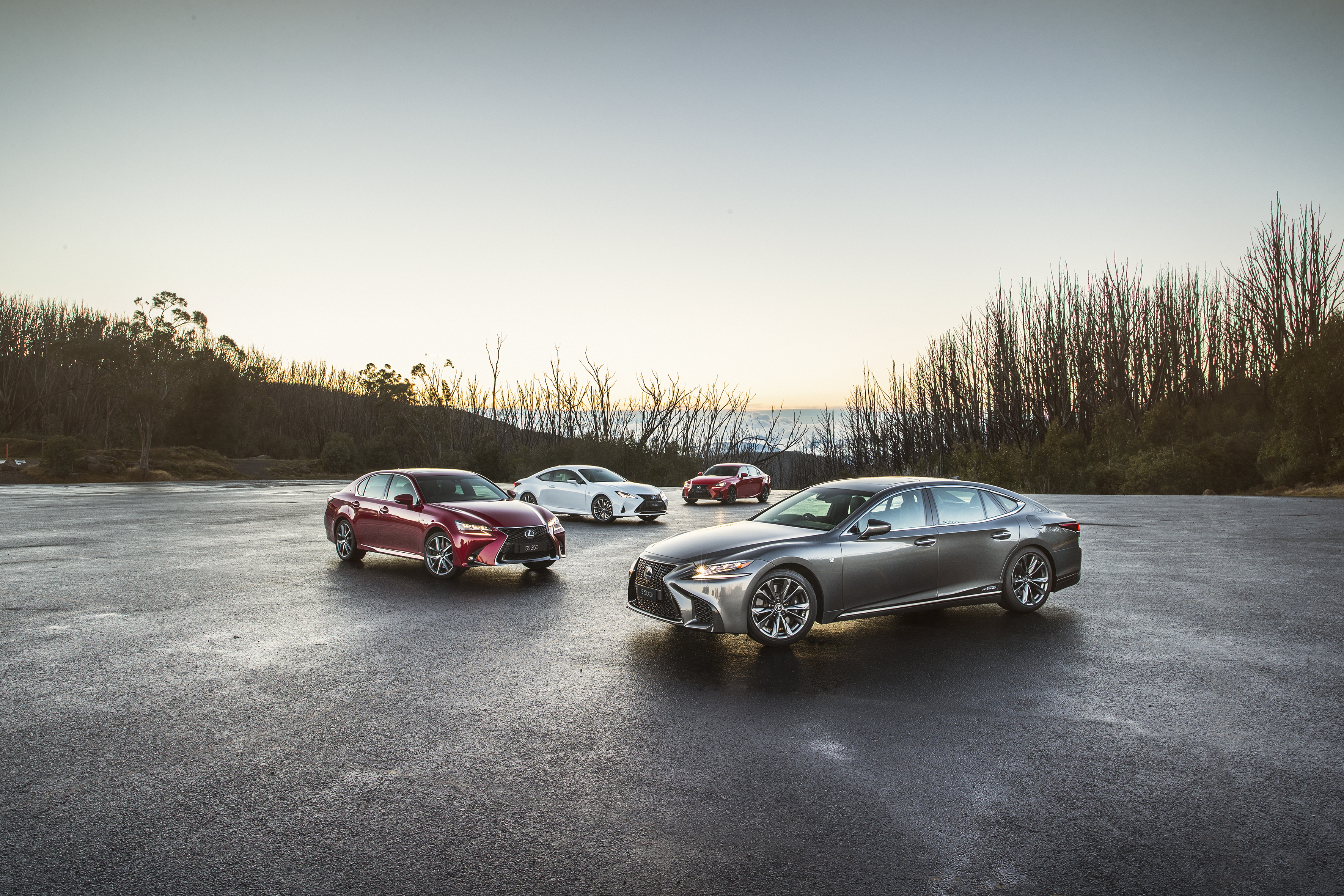 Lexus this year is celebrating its 30thanniversary. While it all started back in 1989 with the LS Sedan the brand has also had a performance focus over the last 10 years via its F Sport Marque. Now four new additions to the Fuji Speedway inspired range have landed. The RC F, RC F Track edition, LC 500, LC 500h plus the GS F. Chris Bowen attended the local launch.

First up all I can comment on is the base RC F variant. That was the only car made available for me to take on a rather spirited drive on a closed section of road that leads down from the Lake Mountain Alpine Resort to Marysville in Victoria. But the relatively short drive did give me some pretty obvious insights into the reworked two-door coupe.

First up that 5.0-litre V8 petrol engine is a delight, it’s creamy and smooth but also has a serious bark when really wound up. Also, this is certainly a car that doesn’t hang around thanks to outputs of 351kW and 530Nm.

My drive saw me take the descending part of the drive loop into Marysville. With the freedom of a closed road I was able to take the appropriate diving line. But the steep gradient also saw the rather heavy RC F arrive at corners like a bull out of control.

Lacking the RC F’s Track Edition Brembo carbon-ceramic brakes certainly made things just a tad more interesting. But after a just a few corners I was quickly accustomed to the car’s limitations.

The RC F Sport coupe is now fitted with Dynamic-Rear-Steer (DRS) which enhances the already standard adaptive variable suspension. While there’s little doubt the heft of the car holds it back a tad it’s still capable of some very aggressive manoeuvres within reason.

We will jump into all the other models over the course of the year but with around 10,000 sales last year Lexus now has a renewed stable of performance vehicles that could very well see people stray from European brands.

But the real highlight of the day was a ride in the rare as hens teeth Lexus LFA Supercar. Only 500 of this mighty V10 powered weapon exist world wide. Originally priced at $700,000 you’d be hard pressed finding one under a million today. I’ll let the video do the talking.