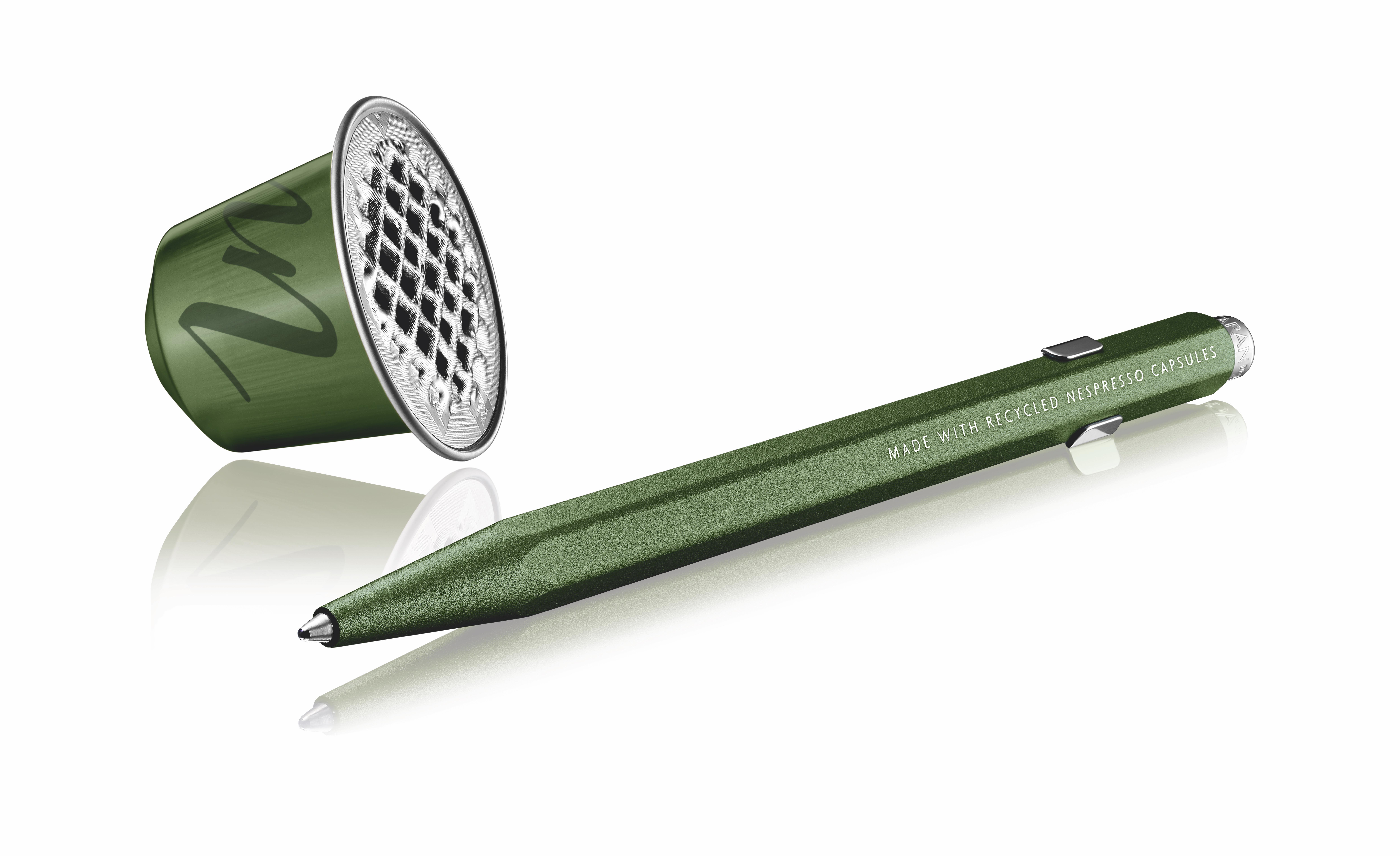 Nespresso has made a pen, previously they made knife so it would appear that things have gone a little wacko, right? Well no, this is all about showcasing its efforts when it comes to recycling the brands contentious coffee capsules.

The Swiss Army knife we looked at recently has now been joined by the return of the limited-edition Swiss writing pen made from recycled aluminium capsules. The Caran d’Ache Nespresso ballpoint first launched in 2018 but has now been reimagined as a useful and attractive accessory.

It’s also inspired by Nespresso’s Master Origin India capsules, one of the more popular in the range.

The Boss of Nespresso for our region, Loïc Réthoré, said: “We’re delighted to be partnering once again with Caran d’Ache to bring our customers this unique accessory, a true celebration of the infinite recyclability of aluminium and the value of this commodity in the circular economy.”

The President of Caran d’Ache’s Carole Hubscher adds: “We are pleased to write the second chapter of this collaboration with Nespresso after the unprecedented success of our first partnership. It is very encouraging to see our consumers positively responding to design innovations founded on sustainable development, a value that Caran d’Ache has held dear since 1915.”

The dark green pen is a symbol of Nespresso’s wider range of recycling methods that include in-home and professional systems. These include bulk recycling at businesses and community, returning used aluminium capsules to a Nespresso Boutique, dropping them off at a participating florist collection point, or posting used capsules back to Nespresso using a special Australia Post satchel.