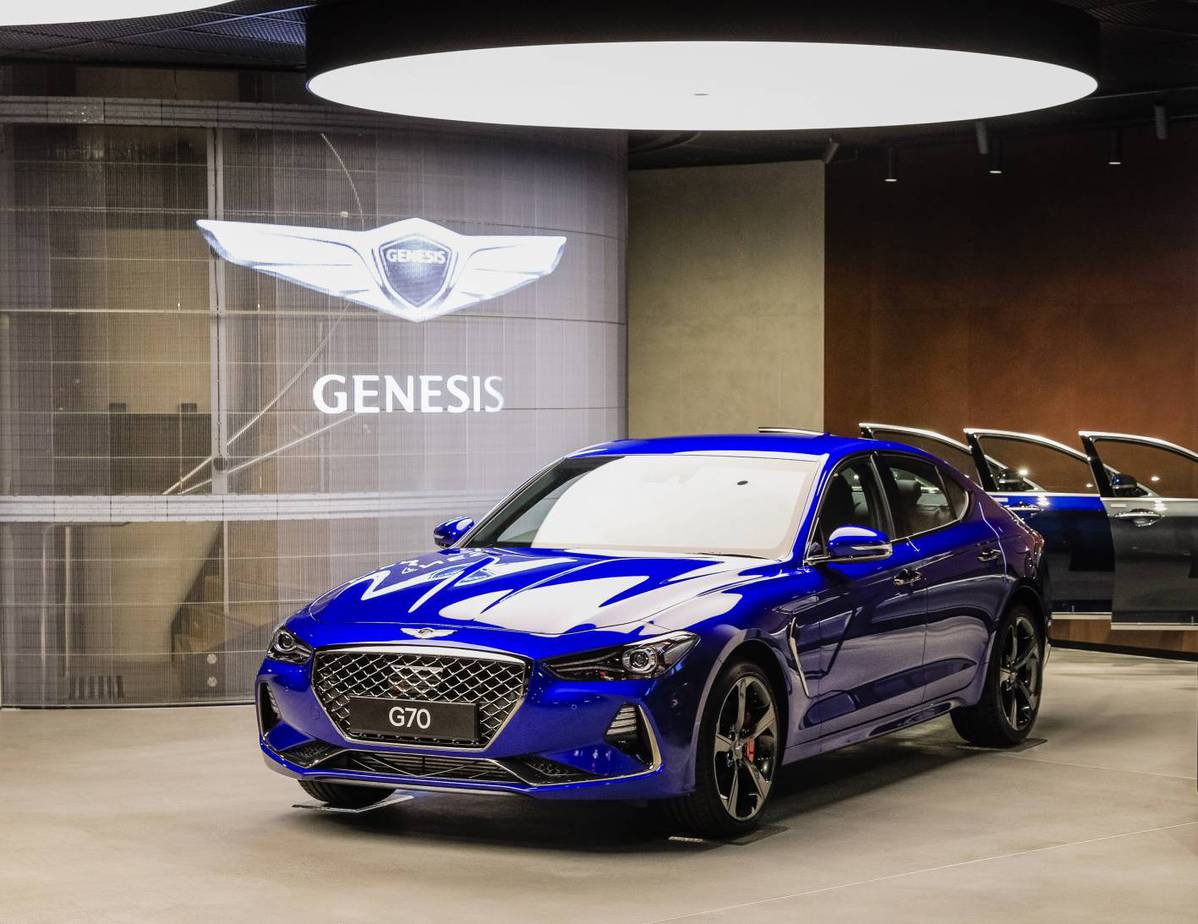 When I first drove a Hyundai Genesis way back in 2015, I said: “At the end of the day this is big money for a Hyundai badge, which incidentally has been banished to the rear with a distinctive high-end almost Bentley style logo featured everywhere else.” Fast forward to 2019 and the name Genesis has become a standalone brand, still a luxury division of Hyundai but now you won’t see ‘H’ logo anywhere.

Yesterday Genesis opened what they call a “Studio” in Sydney’s Pitt Street Mall. The occasion marked the official launch of the Genesis brand in Australia. The company is obviously fair dinkum about achieving results, with the Vice President, Global Head of the Genesis Brand, Manfred Fitzgerald, in attendance. He said: “I am delighted to unveil Genesis in Australia with the grand opening of our flagship Genesis Studio in Sydney,”

“Genesis Studio Sydney ushers in a new exclusive way to buy and own a luxury car, providing customers with all-encompassing premium ownership experience.”

The Genesis Studio is effectively a glamourous and prominent way to showcase its new G70 and G80 luxury sedans. The company has also launched an Australian first with customers able to build and order a car with fixed pricing online.

With prices kicking off at $59,300 for the G70 range you’re going to want a test drive. A “Genesis to You” program has been established to give customers a test drive opportunity, home-delivery service for new purchases and a concierge pick-up and delivery when it’s time for a service.

The Genesis G70 is a new sports sedan powered by a choice of two engines. A turbo 2.0-litre four-cylinder is on offer for 2.0T, dynamic 2.0T Sport and 2.0T Ultimate grades. It produces 179kW and 353Nm of torque paired with an eight-speed transmission.

If you require more punch, then the 3.3-litre twin-turbo V6 might be your go with 272kW and 510Nm of torque under your right foot. It’s available across the 3.3T Sport, 3.3T Ultimate, and the 3.3T Ultimate Sport.

Stepping up a notch takes you into G80 territory. This is a full-blown attempt to emulate European rivals. There are two grades the 3.8 and 3.8 Ultimate, but you can add the option of Sport Design styling.

The G80 benefits from a sophisticated adaptive suspension setup that has been calibrated to suit Australian conditions.

All Genesis models are covered by five-year unlimited kilometre warranty. There’s also five year’s worth of free scheduled servicing. We will have a full report on both models as soon as we get our bums in them.