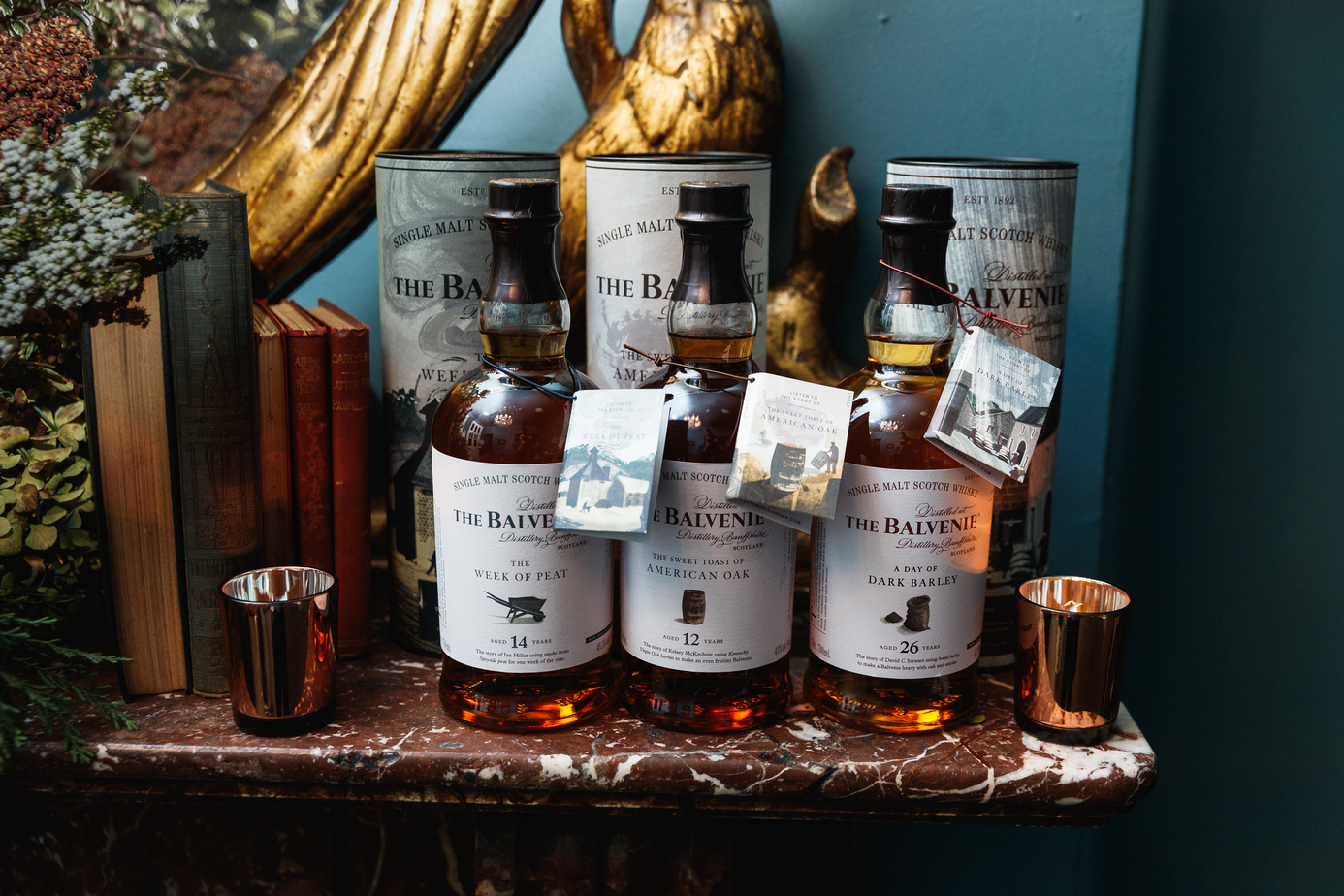 If you’re into your whiskies, then this news from The Balvenie Distillery in Scotland is nothing but good news! The Balvenie Distillery Stories range brings together a trio of new drops. The selection truly showcases how even in this technology-driven world there’s still a human touch and a stack of skill involved in making something special.

So, what can you expect from The Balvenie Stories collection? Well it all starts with The Sweet Toast of American Oak, that’s Aged 12 Years that will set you back $110.00. I’ll let them tell the story.

“This is the story of the spectacular things that can happen when ancient technique meets fresh ideas. When newly appointed Apprentice Malt Master Kelsey McKechnie experimented with twice-toasted white American oak from Kelvin Cooperage in Louisville, Kentucky it produced an even fruitier, sweeter tasting Balvenie.”

Next, we move onto The Week of Peat, Aged 14 Years that weighs in at $150. “It’s an evolution of The Balvenie Peat Week Aged 14 Years, which launched globally in 2017. This expression tells the tale of Malt Master David Stewart MBE and former distillery manager Ian Millar using a week’s gap in the distillery’s production schedule to experiment with peat in the barley drying process. The result is a classic Balvenie expression with honey, vanilla and citrus notes with an extra layer of delicate smokiness.”

Thirdly is something very special indeed, it would want to be given the $1,050 price tag. “A Day of Dark Barley, Aged 26 Years. The story of Malt Master David Stewart MBE and The Balvenie’s malt men experimenting with a heavily roasted dark barley in 1992. The resulting liquid was originally released in 2006 as the 14-Year-Old Balvenie Roasted Malt, however casks were retained for extra maturation, eventually becoming a classic aged Balvenie, but with extra depth and oak notes gleaned from the darker malt.”

Interestingly via NFC-enabled tags on each bottle customers can use their smartphone to go on an audio journey and be guided audio through whisky tastings.

Balvenie Malt Master David Stewart MBE says: “Stories are the lifeblood of The Balvenie distillery. They make up the fabric of who we are and what we do. Each expression in the collection reflects this by telling its own story via first-hand accounts and recollections of the many people involved.”

The Balvenie Brand Ambassador ANZ, Ross Blainey added: “We’ve created a collection that is unique and unexpected, bringing the stories of our distillery community to Australia. The craft and passion that has been poured into these whiskies is nothing short of exceptional – we are proud to hero the fantastic people behind these whiskies.”

The Balvenie Stories collection will be available in select premium bars and whisky venues nationally and from 1 August at Dan Murphy’s.