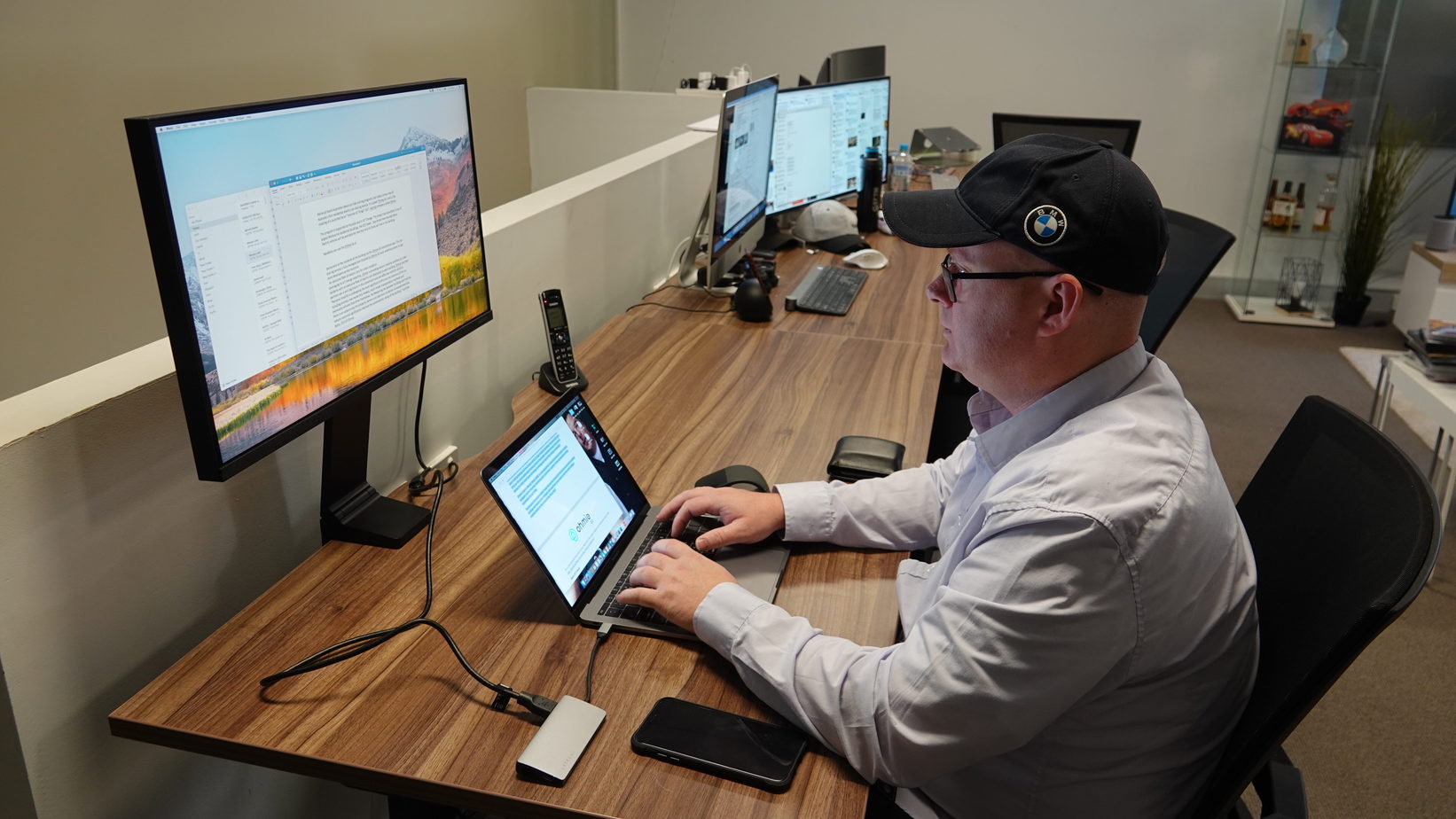 Monitors are Monitors aren’t they? Or are they? Have a think about how much space your monitor is taking up on your desk and you’ll soon find out there’s some efficiencies to gain there.

It’s mainly due to the stand your monitor sits on – even the best of them need a footprint of some sort to support the weight of the screen you’ve chosen.

I thought this was rubbish, I thought the demonstrations Samsung put on were staged to show a messy desk and a clean one with no realism in the comparison.

But then we set one up here in the office. Mind blowing.

The whole monitor – in our case a 27 inch screen, is clamped to your desk at the back, and the clamp takes up about 10x9cm of space on the top of the desk.

In its full upright position the monitor sits well out of the way and quite high up too which is good for your posture as a starting point.

For a HDMI connection there’s only one single cable that needs to run from the base up to the connectins in the rear of the screen. But it’s not a standard HDMI connection – it’s actually a double cable in one run, with power going through it which you simply plug in at the base, and it splits out at the top to go into the power socket in the rear. Nifty.

However, there are some limitations.

It’s a desktop workforce monitor, it’s not made for gaming, the specs just won’t impress your kids.

It’s also not amazingly bright, but again, you won’t notice that in an office or working environment.

There’s no USB-C connectivity to the screen, which is limiting in this day and age meaning a dongle is required on most modern laptops.

And finally, there’s no twisting – so it’s fixed in a position you can’t drag it around to show a colleague something on your screen – and we’ve all done that!

But – the movement in the screen is pretty impressive. The stand will tilt forward toward you and the screen will angle on that too – so you can bring it toward you and it comes down a little but stays upright, or you can angle the screen back at the top to give it an angle on which it can sit as low as the desk itself.

Not bad at all.

In fact, I think perfect for the home office and for share desks where different people want different setups.

We found that it was perfectly placed for a laptop allowing the “second” screen to be above the laptop screen and avoid the need for an external keyboard by keeping the laptop fully in use.