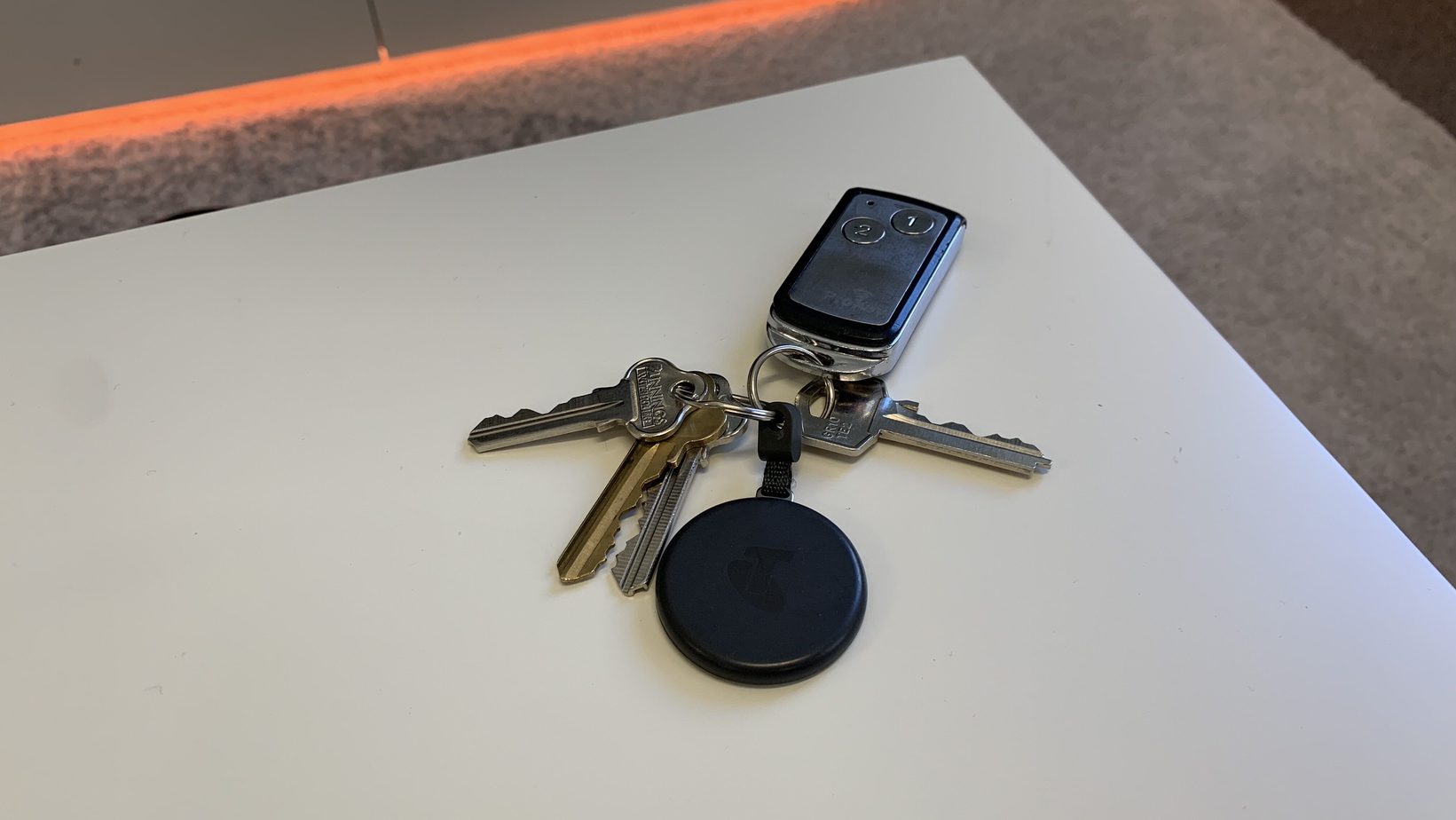 Review: The Telstra Locator – lost and found at its best

It took me 39 years to come up with the idea of a key rack here at EFTM HQ and at home. The number of times I’ve lost keys either temporarily or permanently is staggering. Sure, the key rack serves as a visual reminder to place them somewhere I’ll remember. But it’s only proved effective 70 per cent of the time. Cue Telstra’s new gadget called the Locator, I’ve been trialling it for about a month now and I’m of the view it’s the best thing since the Tile.

The Telstra Locator can be used by anyone. You don’t need to be a Telstra mobile customer, but it would be handy. Non-Telstra customers will be given a Telstra ID as part of part of the set-up process, this then signs you into the Telstra Locator app. Telstra customers can use the 24×7 app for extra features. For example, it includes a Bluetooth locator community. This means  anyone that has one or a smartphone connected to the Telstra network can actively hunt for your keys en masse. Even parts of the Telstra Air Wi-Fi Network can be used for the same purpose.

Keep IN mind you can hook the Telstra Locator to basically anything, bags, iPads, phones and even pets. Although I’m 100 per cent certain my Burmese Cat Felix would greatly resent that and attempt to smother me in the middle of the night. As for Sam the English Springer Spaniel, well he’d just work out a way to eat it. Much like the FitBark fitness tracker I attached to his collar.

I’ve used Tile products for a long time and still do. They do much of what the Telstra Locator does, but I think there’s a few features that relegates the Tile to 2ndposition for now in this space.

The battery inside the disc shaped device is basically a common watch battery. So easily replaceable and removable via the included unlocking tool. Some Tile products are now rechargeable, others you need to discard and be sent a new one.

There’s no contract, just a $10 a month add on to your existing Telstra mobile plan. For that you get two Telstra Bluetooth tags and 1 Telstra Locator Wi-Fi tag for larger items.

The Locator is multiplatform, supporting both iOS and Android operating systems. It also can track down your Telstra phone using another, like my wife’s. She even gets notifications if my phone is starting to drain and vice versa.

Overall this is a great concept, it certainly beats praying to Saint Anthony, that’s a Catholic joke Google it. But it’s really up to you regarding the established Tile products or others.

But I find it very comforting to know that at all times I can find my keys in my backpack, which is like the Bermuda Triangle. All backed by our biggest mobile network.

Incidentally the high-pitched sound it plays when called upon is the Telstra jingle, you know the one. Da-da-da-dah-dah, or something like that.

Review: The Telstra Locator – lost and found at its best