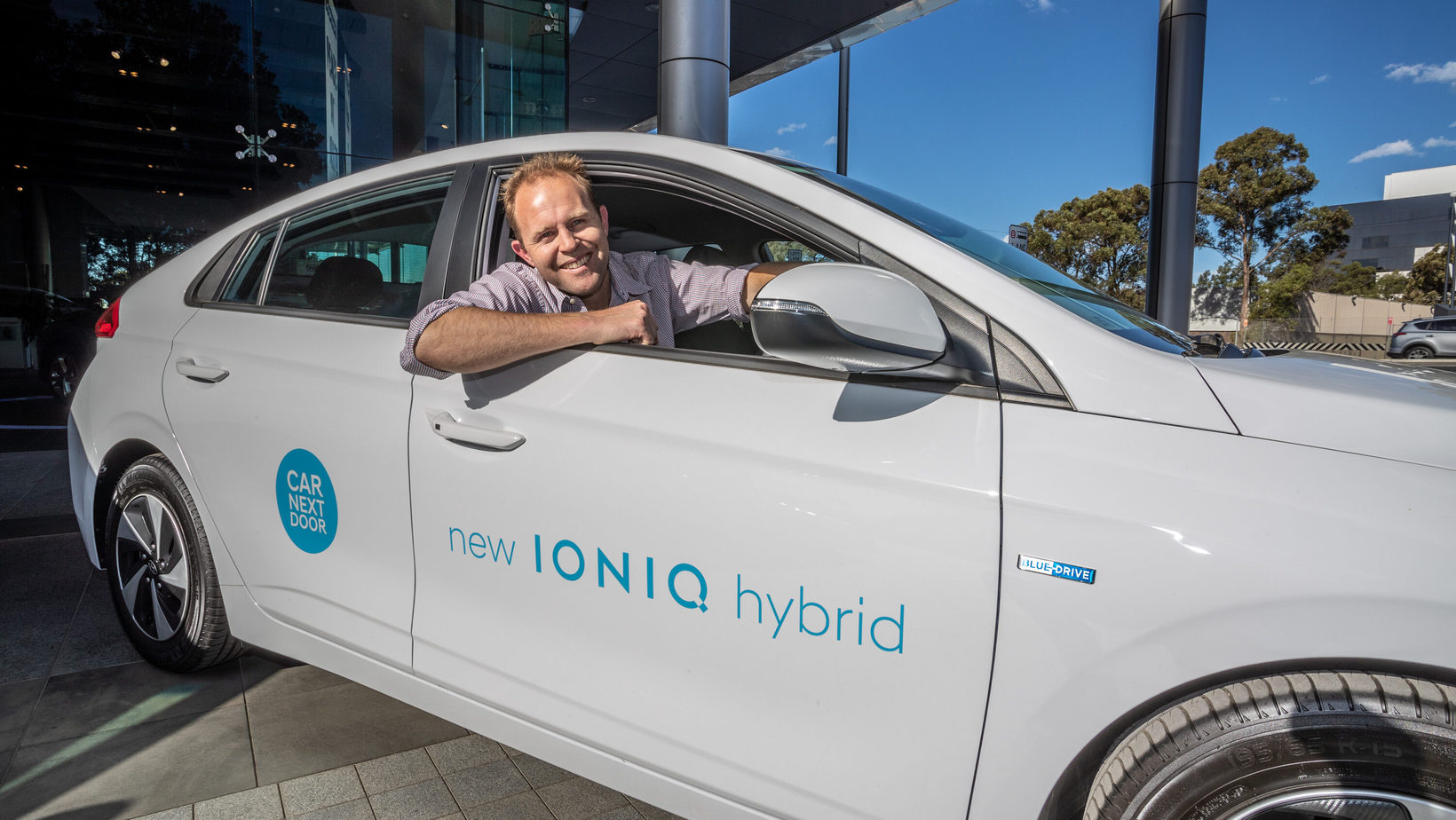 They say it only takes one good idea. Well the people at car sharing platform Car Next Door would be feeling that way today. Why? Well Hyundai has tipped in another $6.2 million into the coffers that sees its investment skyrocket to $8 million in just 12 months.

The most generous serving of cake from any automotive brand certainly gives this Aussie player a massive boost.

“We are pleased to directly collaborate with peer-to-peer marketplace Car Next Door to open up new mobility options and expand the use of a car for a Hyundai car owner,”

“This is the future of connected green cars, where the ability to car share is built into the hard-wiring of the car making it easy for one car to be used by multiple people.”

“This capability has been pre-installed and seamlessly integrated into Hyundai cars, making it easy for Hyundai owners to earn extra money from their car when they are not using it via Car Next Door’s innovative sharing platform.”

“Other features include access and ability to unlock and start the car via a mobile phone app – ultimately negating the need for traditional keys.” said Mr JW Lee.

If you are the owner of a Hyundai vehicle with Auto Link Premium, you’re literally one click away from joining the platform. More recent Hyundai vehicles can have the software retrospectively installed in minutes.

Car Next Door CEO and co-founder Will Davies firmly believes car owning or sharing practices will change dramatically, he said,

“Car Next Door provides car owners with immediate access to our network of 150,000 car borrowers making it really easy for car owners to offset the cost of their vehicle.”

If you want an idea of the sort of coin that can be made Car Next Door claims: