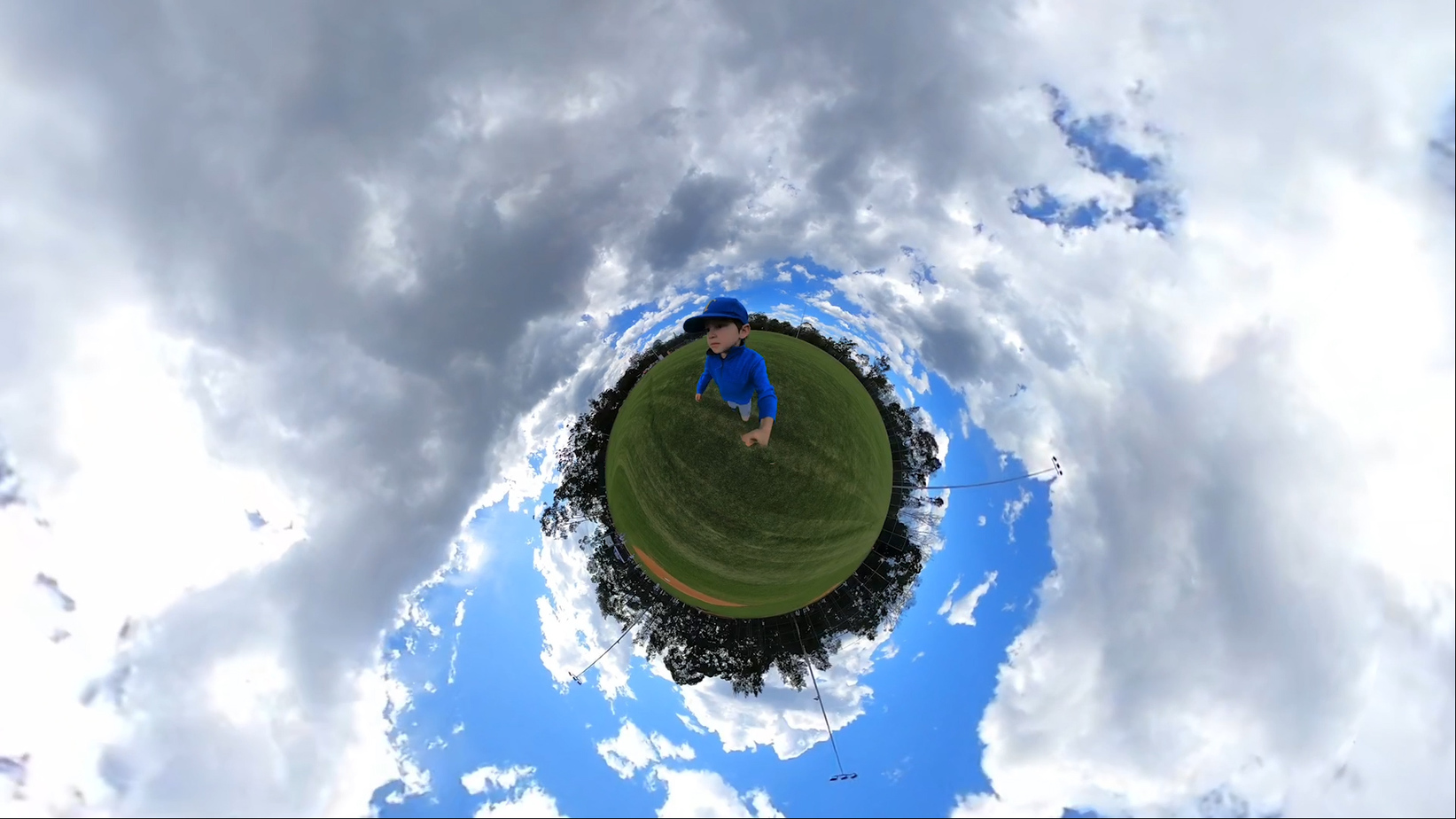 GoPro Max Review: Changes the way you think about video

However, the real standout for GoPro in 2019 will be the GoPro Max.  This is a 360-degree camera that puts every 360 camera before it to shame. Because 360 cameras before now had limited success – mainly due to the problematic consumption of these videos, the GoPro Max doesn’t carry the name 360, and it strays so far from the previous GoPro attempt at 360-degree cameras (the Fusion) that it puts them all to shame.

There are two utterly standout features of the GoPro Max I just have to show you:

The fundamental difference is how GoPro approach this.  It’s not about 360-degree video, it’s about capturing what you want and using the full field of view to make the best quality video possible.

Yes, you can film a 360-degree video – The quality is high, the stitching between the two lenses front and back is excellent.

But let’s be honest, 360-degree video views on YouTube and Facebook are about as popular as 3D TV.

So now take the 360 degree filmed piece of content and work out what you wanted to share with your audience.

Using that single 360-degree video above, I made this standard frame 16:9 video:

It captures the moment of a Pitch Relay at my local baseball club.

What you don’t see is my 8 year old son Harrison filming it – unless I choose to show you that:

If you wanted to be creative and take a real adventure on your final video you could incorporate the full 360-degree view at times:

Here’s one single video, exported four times – once on the default settings, three times using different choices of angles by me – all edited on my iPhone:

It’s all done using “reframing” – within the GoPro app you choose to reframe the video, then you slide through the video using your fingers to pinch, zoom, twist and manipulate the camera angle to where you want it – then save that frame.  Advance through the video further, find a new shot, and set a new frame – the App will then determine the best path between those two shots as if it was a cameraman panning and zooming in the final video.

Mind blowing, simple, and can change the way you look at video.

Imagine walking the streets of a small town you are visiting – don’t twist the camera side to side in hope of showing everything, film it all – then choose what to show and where to “look” after the fact.  Brilliant.

The second is what GoPro calls Horizon Levelling. This is more than just stabilisation.  A stable video is smooth to watch, flows.  That’s possible on many devices and does continuously get better each year – the HyperSmooth stabilisation on the Hero 8 is excellent, as it is on the GoPro Max.

However, if your camera is twisted or tilted, what you get is a stable twisted shot.

On the GoPro Max, your camera could twist upside down and your “viewer” won’t know.  This is a dodgy example, but check it out:

You wouldn’t know I flipped the camera.  Amazing.  And it happens in real-time, not after the event in post-production.

Those two features alone are standout and very clear reasons to choose the GoPro Max at $799 over the Hero 8 at $599.  However, then throw in the audio capabilities and it’s a no brainer.

Six microphones around the device give immersive sound options, and most importantly, when you’re in “hero” mode – which means picking one lens to shoot front or back facing – you can choose to use complete audio, front audio or back audio.

This means that shooting forward, you can choose to use the microphone on the back for the best quality audio from your commentary of the walk through town.

This really is everything GoPro has to offer in one single camera.  The Screen while on the “back” can act as a frame for your vision using the back camera and back audio – this hits DJI’s Oslo Action directly.  Then you add in the full capabilities of a Standard Hero 8, as well as the 360-degree recording and you’ve got a complete solution.

All it really lacks are the “media mods” which Hero 8 gets as options, meaning no external microphone capabilities or cold shoe mounts for lights etc.

Additionally, like the Hero 8, it has the “fingers” built-in, so there is no need for any additional mount to fit any GoPro accessory.

GoPro Max Review: Changes the way you think about video