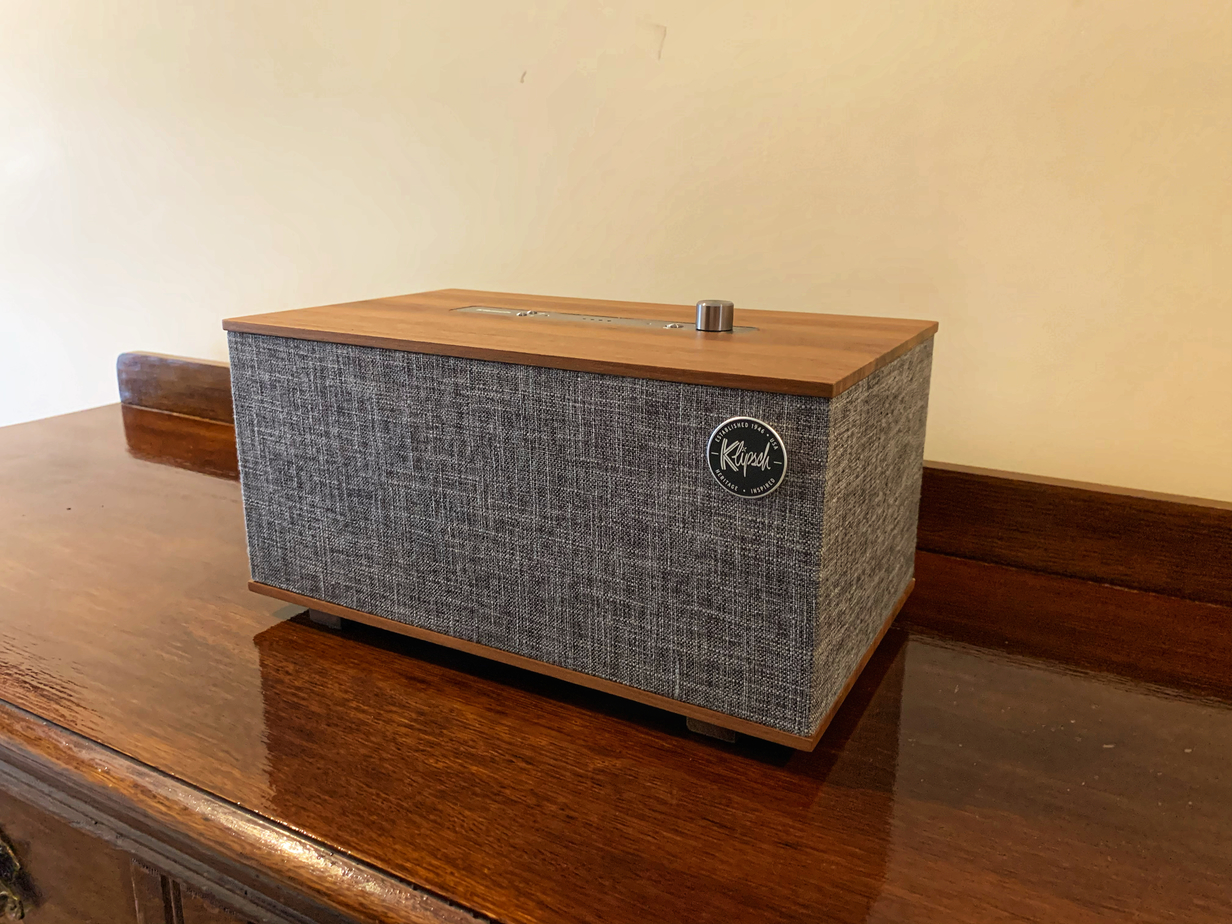 Klipsch The Three review – Turning the Google Assistant into furniture

When I first got my Google Home in 2017, I was elated. Having already been a smart home fanatic, having this kind of voice-controlled hub was a real novelty. Then of course along came the Mini and the Google Home Hub screen. Having these devices dotted around the house meant I abandoned Siri to run my gear.

But when you think about it, aside from the various screens around now, they’re not the most attractive pieces of furniture. Plus if you want to play a track or two, you’d be better off listening to an AM music station.

All the normal Google Assistant features are packed within a mid-century design Klipsch speaker.

There are three speakers on offer that deliver purely fantastic sound. Audio loud enough to eventually break the neighbour’s patience. The American brand has managed to deliver sound that I’d liken to a live performance.

It doesn’t deliver a room filling sound, it’s not artificially immersive. You’re always aware the sound is coming from that beautiful box in the corner.

For the audiophiles the Bluetooth speaker features 92kHz / 24-bit decoding. It also has multi-room abilities when hooked up to other Google Assistant speakers.

The built-in Chromecast allows you stream any compatible content.

That is real wood veneer and metal switches and knobs, just stunning.

The Three with Google Assistant is available in a walnut and matte black colour.

Having said all that, I hope there are no cobwebs in your wallet, as it will set you back a cool $999.

Klipsch The Three review – Turning the Google Assistant into furniture