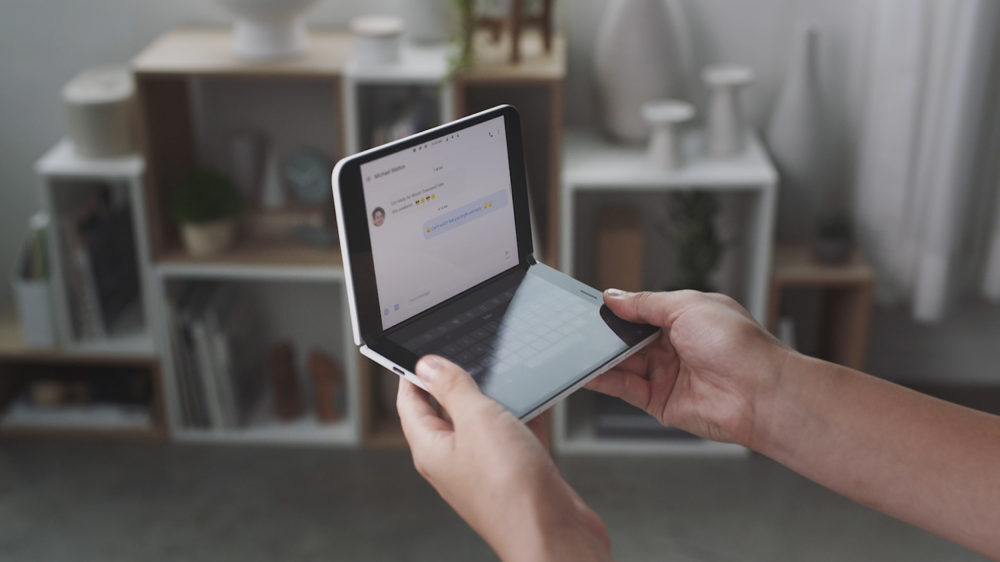 Microsoft sure don’t muck around – overnight in the US they’ve announced a range of new products carrying the “Surface” label and there’s a few we didn’t see coming.

The keyboard has been refined, it has a 20% larger glass trackpad and both USB-A and USB-C fast charging to get you to 80% in an hour.

In the tablet space Microsoft have gone nuts. A refreshed Surface Pro 7 is now twice as fast with Intel’s latest processor and a retained design style.

The Surface Pro X pushes the boundaries a bit more though, at just 5.33mm thick and around 760grams in weight it’s thin and light.

Microsoft worked with Qualcomm to design their own “SQ1 processor” with 2 teraflops of graphics power – the most powerful Qualcomm processor ever created for a PC.

For the user, you’ll notice an almost edge to edge screen at 13 inches in a device many would think was a 12 inch.

The Surface Pro X also has an accessory keyboard with actually houses your Slim Surface Pen within the case – so it can’t be knocked or bumped off. Quite cool.

But wait, there’s more. Now these two are slated for “Holidays 2020” so goodness only knows what that means for Australia, but Microsoft have shown off a couple of dual screen devices.

These are not “folding” devices, but they sure carry a lot of the features of a Folding device – just that they are separate screens.

The reason for the reveal now is to showcase Windows 10X – an “expression” of Windows 10 – a dual screen version of the operating system.

The Surface Neo has two 9 inch screens with a 360 degree hinge – so you can have it open as a 13 inch combined screen, or folded back or tent-like – whatever you want.

Downsizing further is the Surface Duo – small enough for your pocket.

Two 5.6 inch screens unfolding to 8.3 inches it’s the perfect for bookworms who want the PC experience – or something like that.

This is a bold view into the future for Microsoft, and it’s not giggles, this is for real.

And following on from their over-ear headphone debut, Microsoft is also jumping into the wire-free earbud market too.

Surface Earbuds have touch controls and “amnionic sound”. They look like a mix between Samsung’s Galaxy Buds and those strange things that Will.i.am designed a while back.

No word on Aussie release date or pricing for the earbuds.