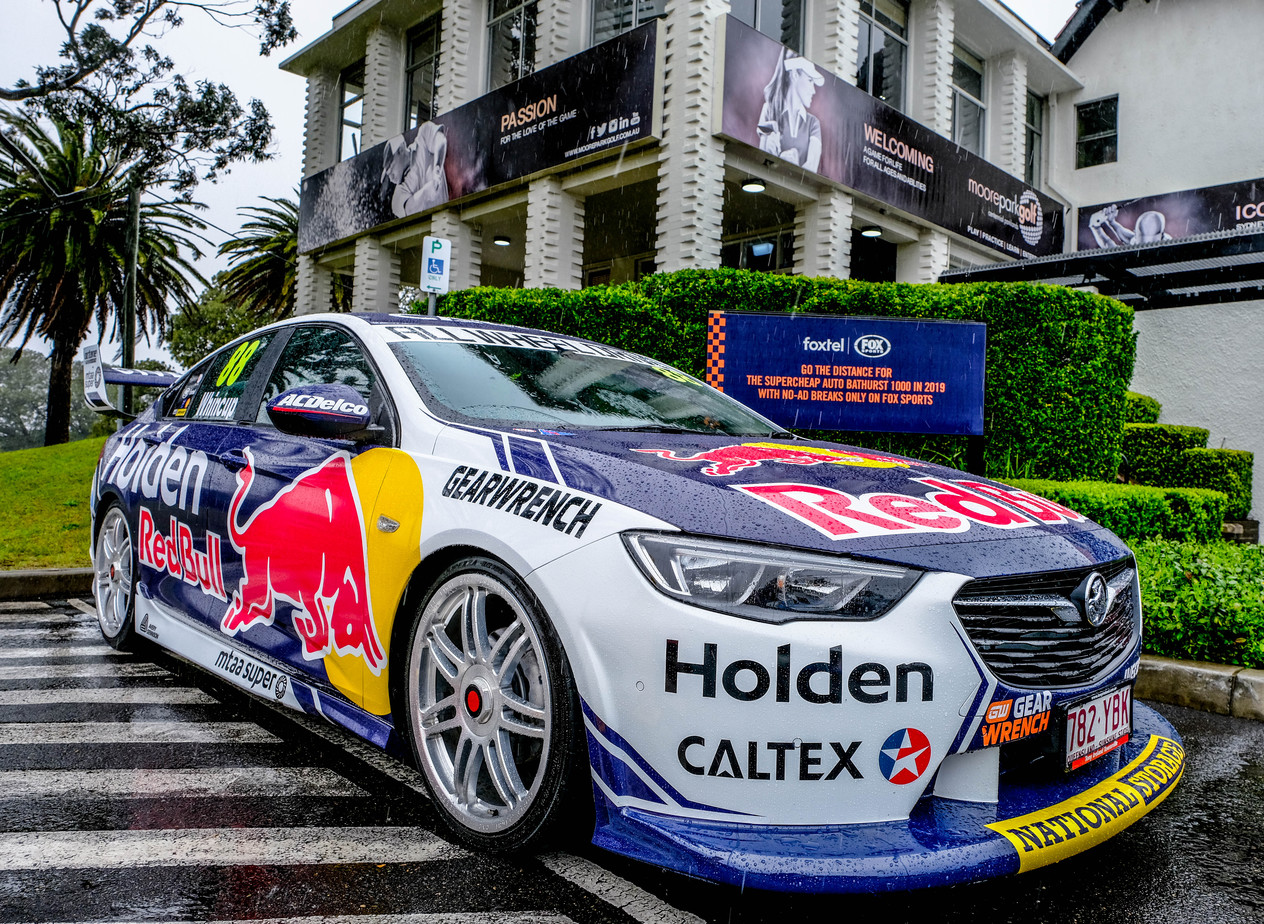 Rev-heads rejoice: It’s Bathurst week and you’re sorted with Fox Sports on Foxtel or with Kayo!

For a pure Aussie rev-head it doesn’t get much better than this week. The Bathurst 1000, Australia’s Great Race at one of the world’s great race-tracks.

At the stroke of midnight last night it all began, with Channel 506 on Foxtel becoming a dedicated Bathurst channel for the 2019 event.

We’re getting into the action here at EFTM HQ with the 2002 race up on the wall TV!:

While many of you might not have Foxtel, don’t worry, Kayo has you covered. That $25 monthly subscription has never been more worth it – and if you haven’t tried it, the free 14 day trial couldn’t be better timed.

You’ll get every session live, plus there’s a bunch of on-demand shows and classic races too.

And for those that can’t make every session timing work with their family or workplace schedule, Kayo has every session across Four Days available on-demand too.

Kayo’s real big advantage comes in how they configure the “feeds” they get access to.

“RaceView” returns with four camera angles on show at one time, plus there are six live bonus feeds on race day.

Kayo has a Heli-Cam channel, while Race Centre shows you all the data you need.

But here’s the coolest idea from Kayo – knowing how tribal the Holden vs Ford rivalry is, they’re launched a Holden or Ford Co-Pilot camera feed. This feed will rotate through the drivers for each manufacturer across Qualifying, the Top 10 and the 1000km Race.

For those of you with Foxtel, it’s a pretty epic week of coverage.

Every session will be live – you can guarantee that, here’s how the whole week looks:

From Monday, October 7 at 12.00am – the dedicated channel switches on and viewers can build up to the Bathurst 2019, and over a full day can relive all the classic races, legendary cars and drivers that have taken on the mountain.

Monday, October 7 at 7.30pm – The Loud Pedal Podcast: Bathurst Special, hosted by Chris Stubbs and Lee Holdsworth, premieres with some of biggest names in Supercars joining them to lift the bonnet and reveal Bathurst stories that haven’t been told before.

Wednesday, October 9 at 4:30pm – Supercars Trackside: We’re LIVE from the mountain for the first time in 2019 as Jess Yates, Mark Skaife, and Craig Lowndes preview the big weekend ahead.

Wednesday, October 9 at 7.30pm – Bathurst Winners Debrief relives the 2018 fairytale victory for Craig Lowndes and Steven Richards when they sit down together in the FOX SPORTS theatre to reminisce about conquering the mountain 12 months ago, giving viewers never seen before insight.

Thursday, October 10 at 9.55am – the Supercars climb the mountain for the first time with Neil Crompton and Mark Skaife behind the microphone for every Supercars session, with Jess Yates covering all the big talking points from the panel. Plus, special guests from the international motorsport world will feature across the weekend.

Friday, October 11 at 6.30pm – Pit Lane LIVE and it’s time for some Friday night fun in front of a LIVE audience. Neil Crompton hosts the annual pit lane spectacular from Mount Panorama. See a different side of the drivers as they take on some unusual challenges, and of course we’ll find out who wins the Golden Rattle Gun Trophy in the PIRTEK Pit Stop Challenge.

Saturday, October 12 at 5.05pm – the Top Ten Shootout and the intensity on track goes up a gear. Who will be the fastest man around the mountain in 2019?

Rev-heads rejoice: It’s Bathurst week and you’re sorted with Fox Sports on Foxtel or with Kayo!