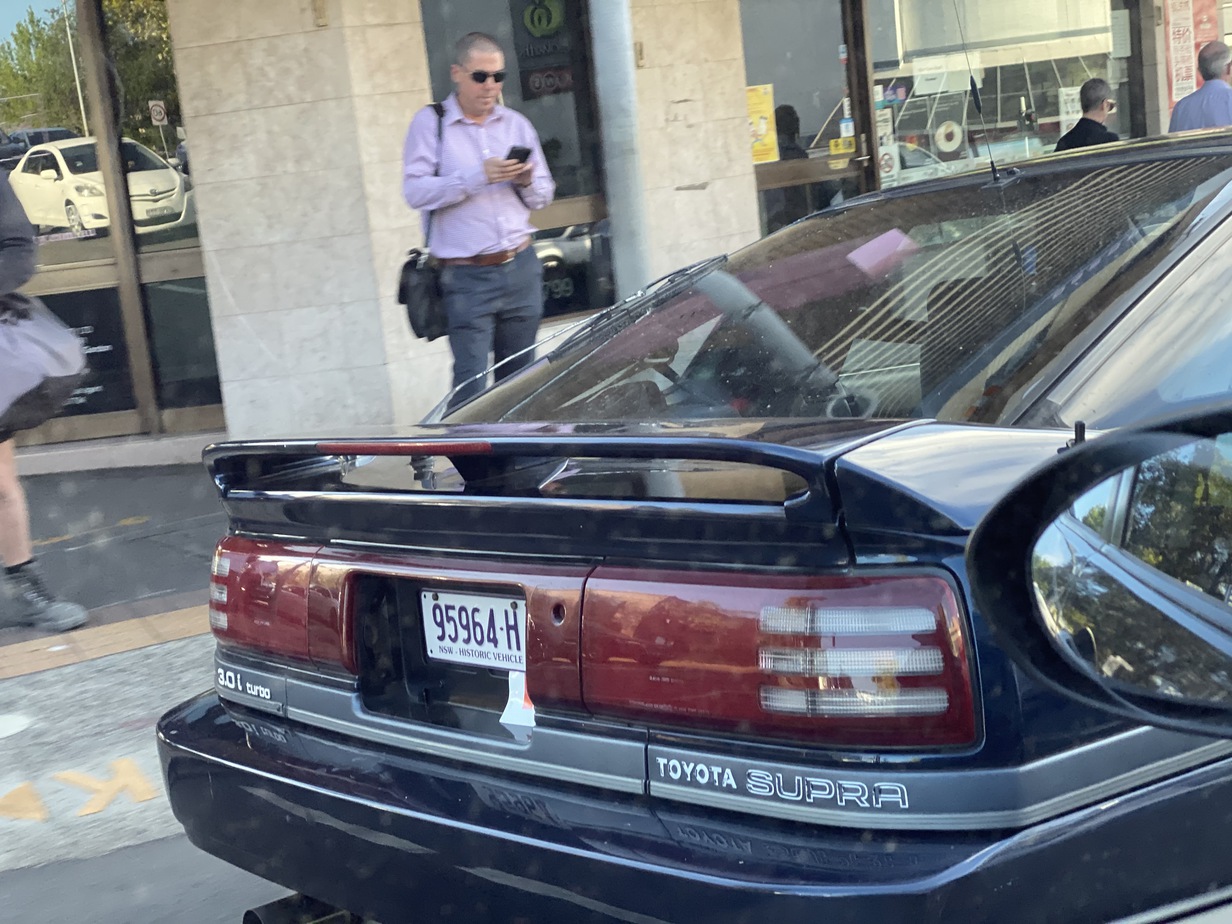 Your childhood car is now historic!

I’ve always heard my elders say they “don’t feel their age’’, well today after seeing this picture I do. This third generation 1989 A70 Toyota Supra as you can see is sporting a set of NSW Historic Vehicle plates, because it can!

Historic vehicles must be at least 30 years of age from the year of manufacture. But there’s a little more to it as many of you would know. But clearly this P plater has proudly taken on-board the right ASAP.

According to the Roads and Maritime Services NSW;

“Historic vehicles (including trailers) must be 30 years of age or older as from the year of manufacture.”

“The registered operator must be a member of a Roads and Maritime recognised historic vehicle club.

“If the operator changes clubs during the currency of the conditional registration, an Historic Vehicle Declaration proving vehicle and operator eligibility for the new club is required.”

“Historic vehicles must be as close to original condition as possible, with no alterations except for safety features such as seatbelts and turn indicators, or period accessories and options, if desired.”

“LPG conversions are allowed providing it is approved by the Roads and Maritime recognised historic vehicle club.”

“Vehicles converted from left-hand drive to right-hand drive are allowed provided that the vehicle otherwise meets all requirements for the Historic Vehicle Scheme.”

The rules go on and on, but clearly this person has met the criteria.

But what got us thinking was the cars we owned or drove at the time that would be eligible. My Audi 90 would be on the verge as would be the 1986 Toyota Corona I was getting around in during the early 2000’s. Trevor was getting his Mum’s 1985 Ford Laser. But off course we’d need to find a club to accept these heaps of junk.

But I guess that year, 1989 opens up a whole range of cars from our generation that can don the coveted plates. The Ford Falcon XF, Holden Commodore VN or even a Toyota Camry V20.

It also made me think, will be start hearing Britney Spears, The Spice Girls, Jay Lo, Bon Jovi, Metallica, Sepultura or Hanson on some golden oldies AM station soon?

Your childhood car is now historic!