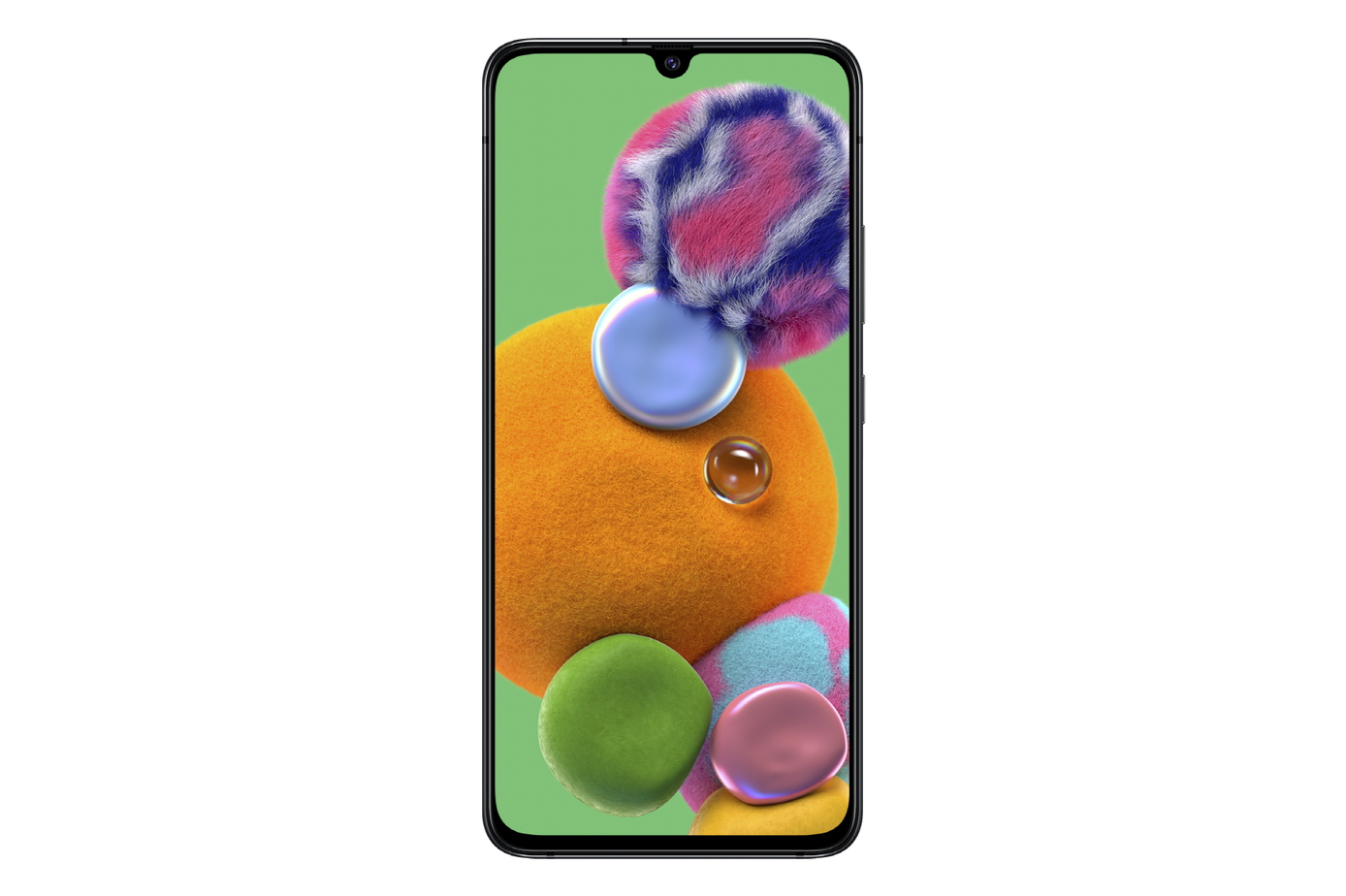 Samsung are pretty pumped about 5G – they reckon sales of both the Note series and Galaxy S10 series 5G phones are going gangbusters in Australia, so it’s little wonder they’ve rolled out another 5G phone aimed at cutting out the competition.

The Samsung Galaxy A90 5G will retail at Telstra, Optus and some selected retailers for $1,049 – that makes it by far the cheapest 5G phone on the market at the Telcos, though JB HiFi are selling a Xiaomi 5G phone outright for $699.

Only the black Galaxy A90 will be available in Australia, not this stunner in white:

The screen is an impressive 6.7 inch AMOLED with FHD+ resolution, plus it has super-fast charging capabilities.

Cameras too are impressive, with a triple-lens system on the back and a 32MP selfie camera up front.

Hard to argue now that Samsung don’t have something for everyone with the A Series range, leading into the S series and the Note range at the top end.