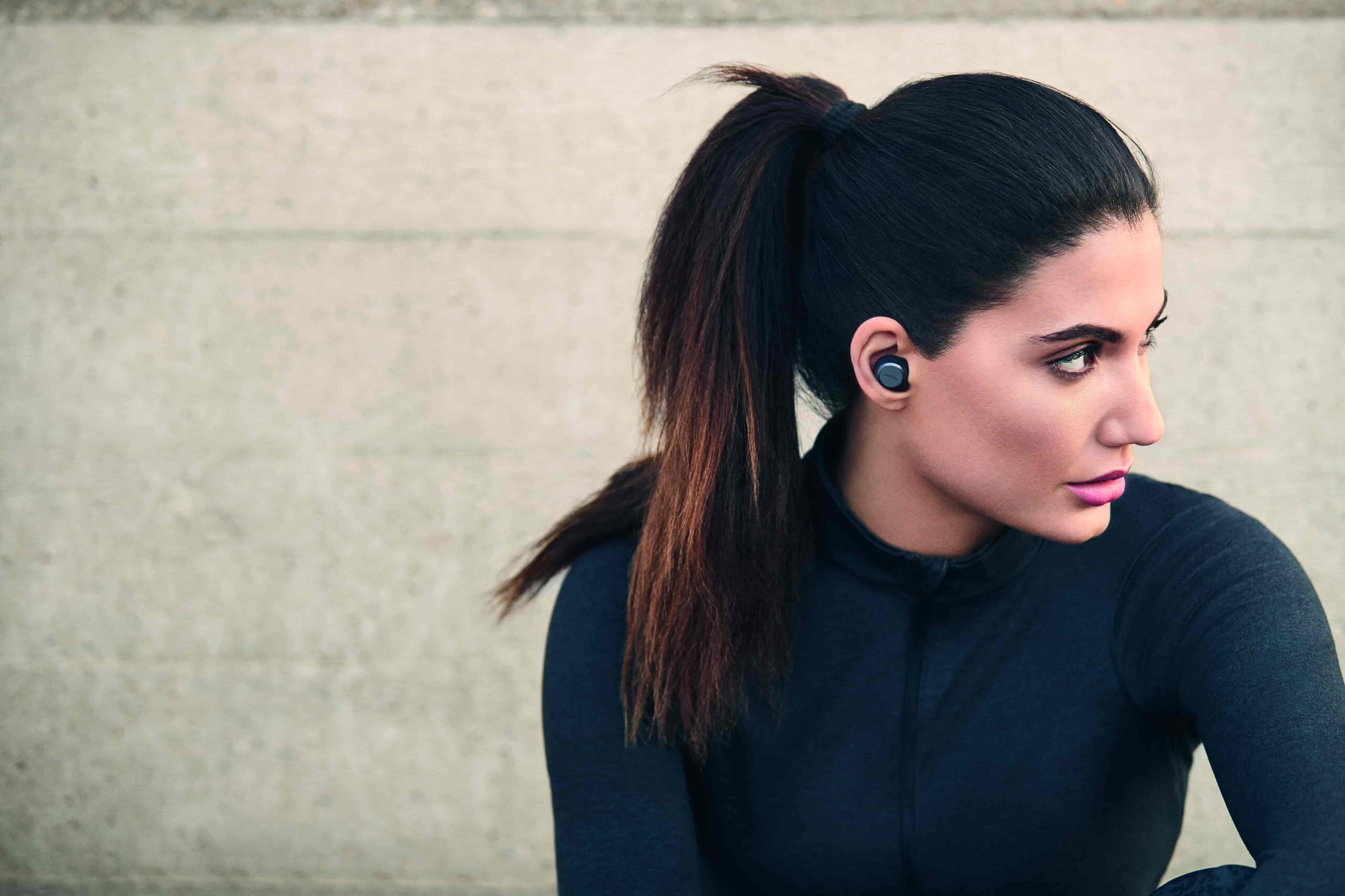 At CES, audio company Jabra has shown off their latest headphones aimed at both the in-ear and over-ear headphone fans. The company has announced the Jabra Elite Active 75t in-ear headphones, and a more luxurious Jabra Elite 45h.

Jabra only announced the Elite 75t at IFA last year, but now they’re with the Jabra Elite Active 75t which is aimed at users with an active lifestyle. With the Elite 45h they’re aiming at bringing the premium qualities of their over-ear headphones but bringing them to a more budget conscious market.

The Elite Active 75t are 22% smaller than the Elite Active 65t headphones announced in 2017, and they’ve gotten a boost to an IP 57 rating so they’re more water resistant.

Jabra are also leveraging the audio knowledge from sister company GN Hearing, producers of world-class hearing aids, to launch MySound, a personalised audio experience based on mapping of your ears. You’ll also get MyControls for configuring the functions on both the left and right earbud to meet their personal preferences.

In terms of specs, here’s the breakdown on both:

Jabra has advised that the Elite Active 75t will be available from February 2020 in a number of retailers for $329. The colour options will include 6 variants, though there’s some exclusives and time restrictions:

Jabra will be bringing the Elite 45h to Australia from March 2020 where they’ll be priced at $179 in five colours: