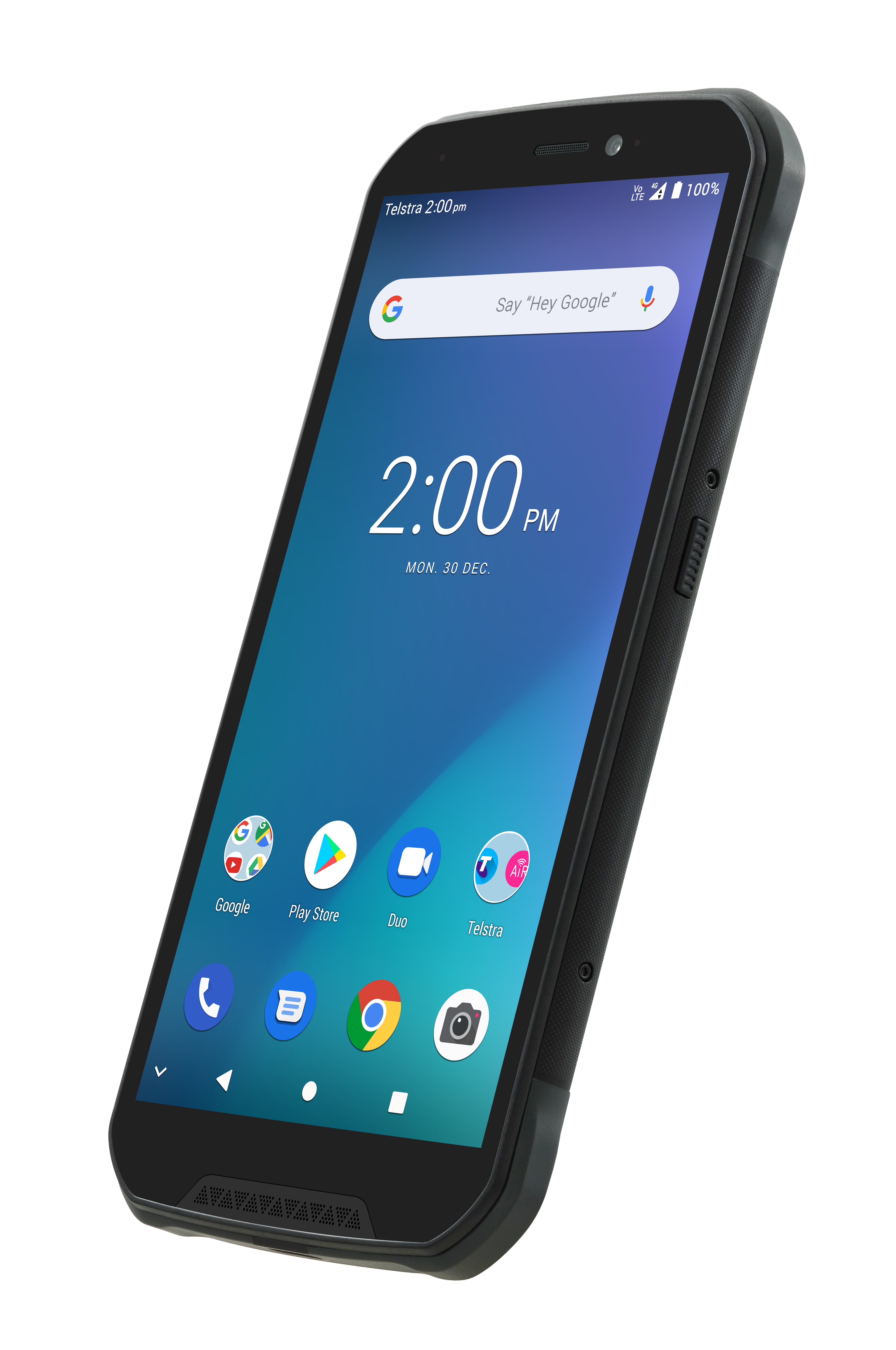 This is the third in a line of ruggedised ‘Tough Max’ phones for Telstra, but ruggedised smartphones aren’t super common in the market. Telstra has been seeing results from stocking them though, announcing they’ve sold more than 200,000 rugged phones in the past four years.

The Tough Max 3 is a global exclusive to Telstra, and comes with some decent specs including 4GB RAM, 64GB of on-board storage (upgradeable to 256GB with microSD card) and a 5.65inch full HD+ (1080P x 2160) display with a tempered glass screen protector included in the box.

The Tough Max 3 has an IP68 water resistance, meaning it can last at depths of 1.5m for up to 30 minutes.

The Tough Max 3 also includes dual cameras on the rear, with the second camera offering depth of field information allowing for bokeh effects. Also on the rear of the phone you’ll find a fingerprint sensor, but the Tough Ma 3 also supports Face Unlock.

Telstra has also ensured the Tough Max 3 includes NFC (the Tough Max 2 didn’t) and there’s plenty of battery life with a 3,920mAh battery inside which can be charged via the USB-C connector.

. Telstra to begin selling the rugged Tough Max 3 from January 14th for $499