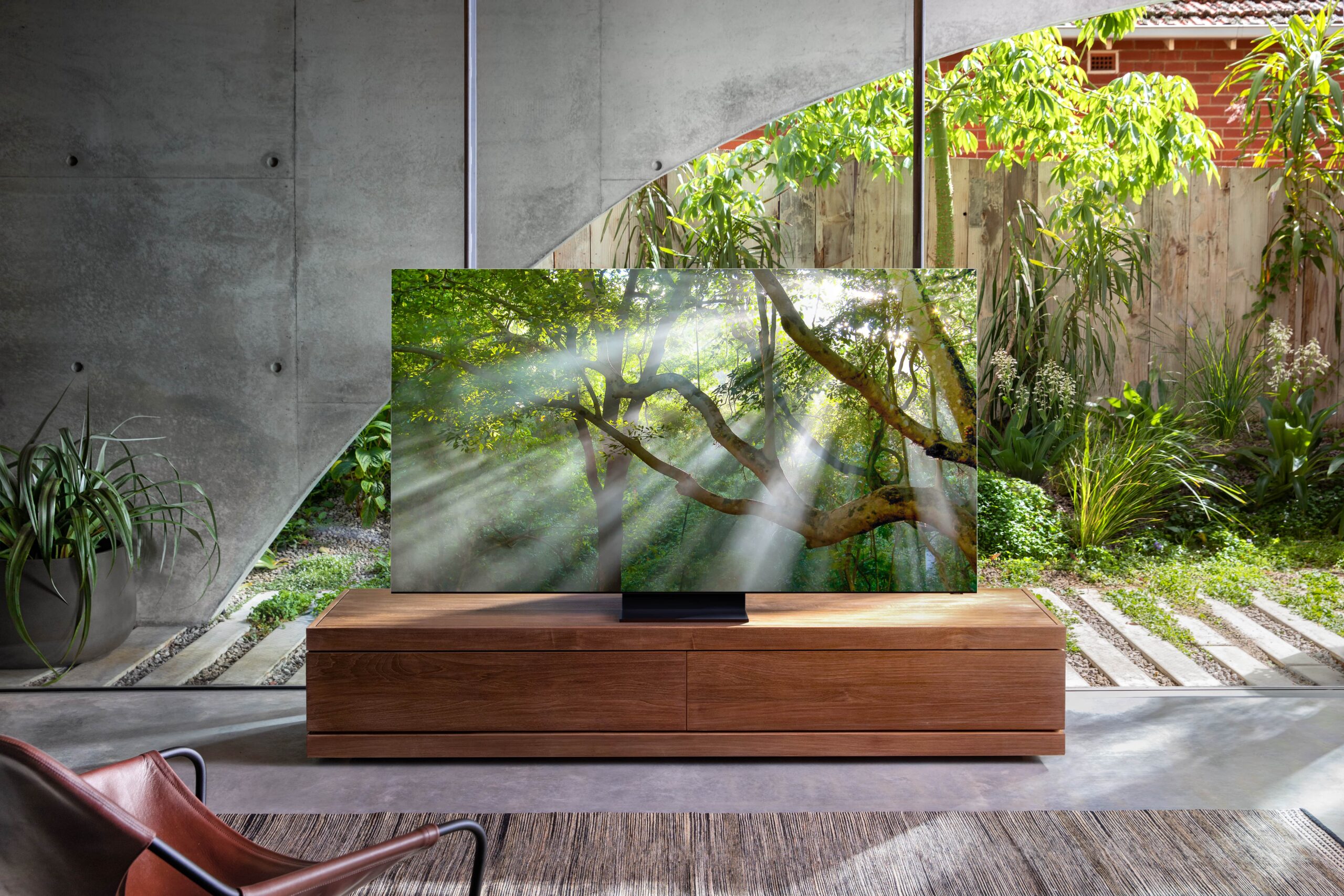 Make no mistake, TV sales are an important part of the revenue and general perception of some of the world’s biggest tech companies. Samsung at CES in Las Vegas is putting it all on show with a range of new TV features set to increase the demand for 8K and improve even their premium TV range.

TV sales are stagnant, it’s been a long time since our Digital switchover forced millions of new TV sales over a relatively short period. And while 3D may have driven a few sales, 4K is now the standard and can be obtained at almost any price point. This is the challenge for companies like Samsung, and looking at their range for 2020 they appear keen to take that challenge head-on.

EFTM was invited to Samsung’s headquarters in Korea ahead of CES to get a first-hand look at the new technologies that will be revealed here at CES and made available throughout 2020 in their new product line up.

What’s clear to us is that Samsung is pushing hard into the 8K space while also expanding its 4K product and embracing the go big or go home strategy that is seemingly driving many new TV sales.

Make no mistake, Samsung is looking to lead the premium market – this, by their own definition, is their core strategy.

8K is all the talk at CES – you’re not a TV brand if you’re not talking 8K. Samsung’s answer to the concerns that there just isn’t enough 8K content is simple – we had the same concerns about 4K.

It’s a chicken and egg kind of problem. But, we’ve had 8K cameras for four years, the next generation of gaming consoles may well be 8K, YouTube will certainly expand into 8K and we’re already seeing sports filmed in 8K.

The latest HDMI generation 2.1 has been confirmed to support 8K at 60 frames per second, so the industry is getting ready – the idea of 8K TV today is really to future proof yourself – but also, on the bigger screens we’re seeing today – to get the best picture.

In 2020, Samsung’s upscaling technology leaps to version 2.0 – this time with deep learning capabilities. This allows your TV to better understand the picture being presented, and thus represent it across the larger pixel range with fewer artifacts, blurring and generally a better picture.

This will be Samsung’s key selling point for 8K in 2020 – sadly it will be difficult for buyers to really grasp the difference between one TV’s upscaling and another – but we’ll worry about that when these things hit stores.

While 8K is great, I think perhaps the new ultra-slim profile on the premium Samsung TV – the Q950TS has a zero-bezel.

Samsung call this an ‘Infinity Screen,’ which they say has a screen-to-body ratio of 99 percent – these are similar terms to what we’ve seen with the mobile phone market over recent yearss.

Now, we’ve all seen slim bezel designs before, but I have to tell you, the first time I set eyes on this I was blown away. It’s really taking Bezel reduction to the next level, at best it’s a thin black pencil line around your picture.

Not quite as thin but still reduced is the Bezel across other models too. This simple yet probably very complex change is the thing that will set Samsung apart in retail stores. A smart move.

Under the hood there are new features spread across the range like Object Tracking Sound, putting the sound behind the screen and in essence using different speakers to allow the sound to come from the area of the screen where it’s originating.

There’s a new focus on local power distribution in the backlighting to enhance the brightness on the range too.

From there you move back into that premium 8K range I mentioned earlier.

Ambient mode is updating, making it much easier to use your mobile phone to share photos into your TV’s ambient mode screens, while a new Multi-View feature deserves a greater deep dive when these get closer to release – you can mirror your smartphone screen onto the TV while still watching TV – a picture in picture experience using your mobile phone – very cool.

There’s a whole lot more from Samsung, including a push to bring their MicroLED technology to consumers, but we’ll cover that separately.

No confirmation yet on which models will hit Australia and when, or on pricing – but hey – that’s CES isn’t it?