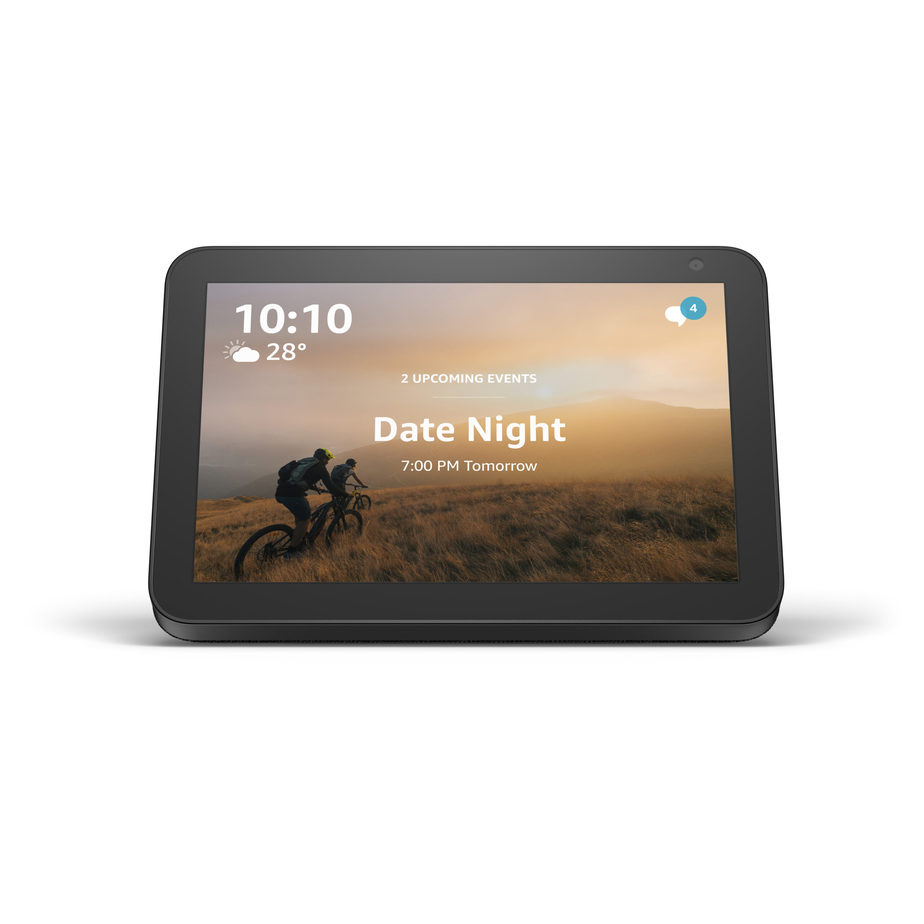 As if the Echo Show 5 and the larger Echo Show were not enough Amazon has added a third smart speaker with screen to their range.

The Echo Show 8 is – as is obvious from the name, an Alexa powered device with an 8-inch screen.

So much more than a smart speaker, Amazon say the Echo Show 8 is ideal for watching movies and TV shows!

Of course, a lot of these screens end up in kitchens and are used for searching and viewing recipes and so much more.