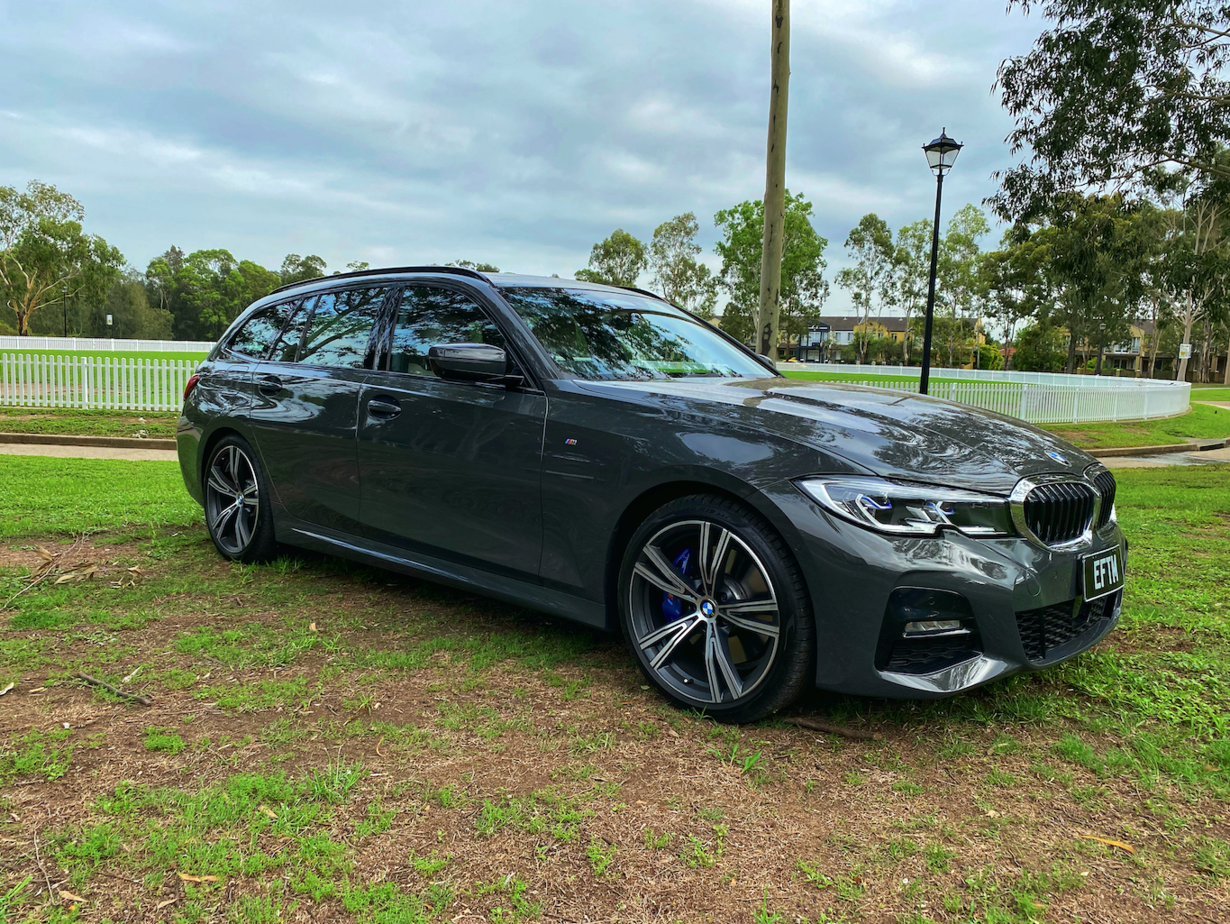 Once upon a time, if you needed to carry a small troop around, your options were limited. Christmas Holidays were usually spent inside the trusty Toyota Tarago. But aside from a van, you could either choose a station wagon or a 4×4. Recently BMW added the 330i Touring variant and I’ve just driven one for a week, here’s the verdict.

The 330i is built around the newish BMW 3 series, so already you’re onto a good thing. In fact, if you’re out looking for a BMW and have a family of four, you just can’t walk past the 330i Touring.

You will need a decent amount of coin however, with your wallet opening at the $70,900 mark. But let’s just remember nothing that comes from Munich with that badge is cheap.

From the driver’s seat, BMW’s new infotainment system is fitted. Apple CarPlay is also available, until they make you pay for a subscription. The cabin is nicely laid out, the 10.25-inch touch screen doesn’t stick out like a mole on your nose and that thick, M Performance steering wheel tickles my fancy every time.

This type of car is where the SUV argument starts to crumble. This a solid family choice, that actually drives like a normal well-balanced BWM does. If you are the type of person who enjoys the finer things in life without being pretentious, this car is right up there.

The 330i Touring I had was the M Sport model. This includes M door sill finishers, special floor mats, sporty seats for the front two occupants, nice blue stitching across the dash and three-zone air conditioning.

The BMW kidney grille has its own identity, with high-gloss black vents. Take a peek behind the 19-inch wheels and you’ll also spy the blue brake callipers.

There’s nothing missing on the safety front, the usual chain of acronyms apply.

But I will highlight a few. The best head up display in my mind is standard as is Driving Assistant Professional, incl. Active Cruise Control with Stoppage function, Cross traffic warning on the front & rear, Steering & Lane Control Assistant, Lane keeping assistant with Side Collision Warning, Crossroads warning and Evasion Aid.

Intelligent Emergency Call is something I don’t plan on trialling. But just say you put this thing on its roof, knocking you unconscious. Straight away 000 will be dialled, while location information will also be sent to first responders.

On the open road, there’s little point having any more power. Via a TwinPower 2.0-litre four-cylinder, the German wagon produces 190kW / 400NM. The dash to 100km/h can be done in 5.9 seconds. All this is via a smooth and precise eight-speed Steotronic auto, that also includes paddle shifters. Average fuel use is claimed to be at 7.0L/100km, I say you’ll be using a tad more.

The 3 Series sedan is probably the best sedan dynamically in the world. It brilliantly executes amazing cornering abilities, while still being an ultra-comfortable trip around town.

The good news is the wagon spin off retains all of those talents, even the famed 50:50 weight distribution. Buying the wagon is certainly not a compromise, I would not be surprised if it wins numerous gongs from major outlets at some stage.