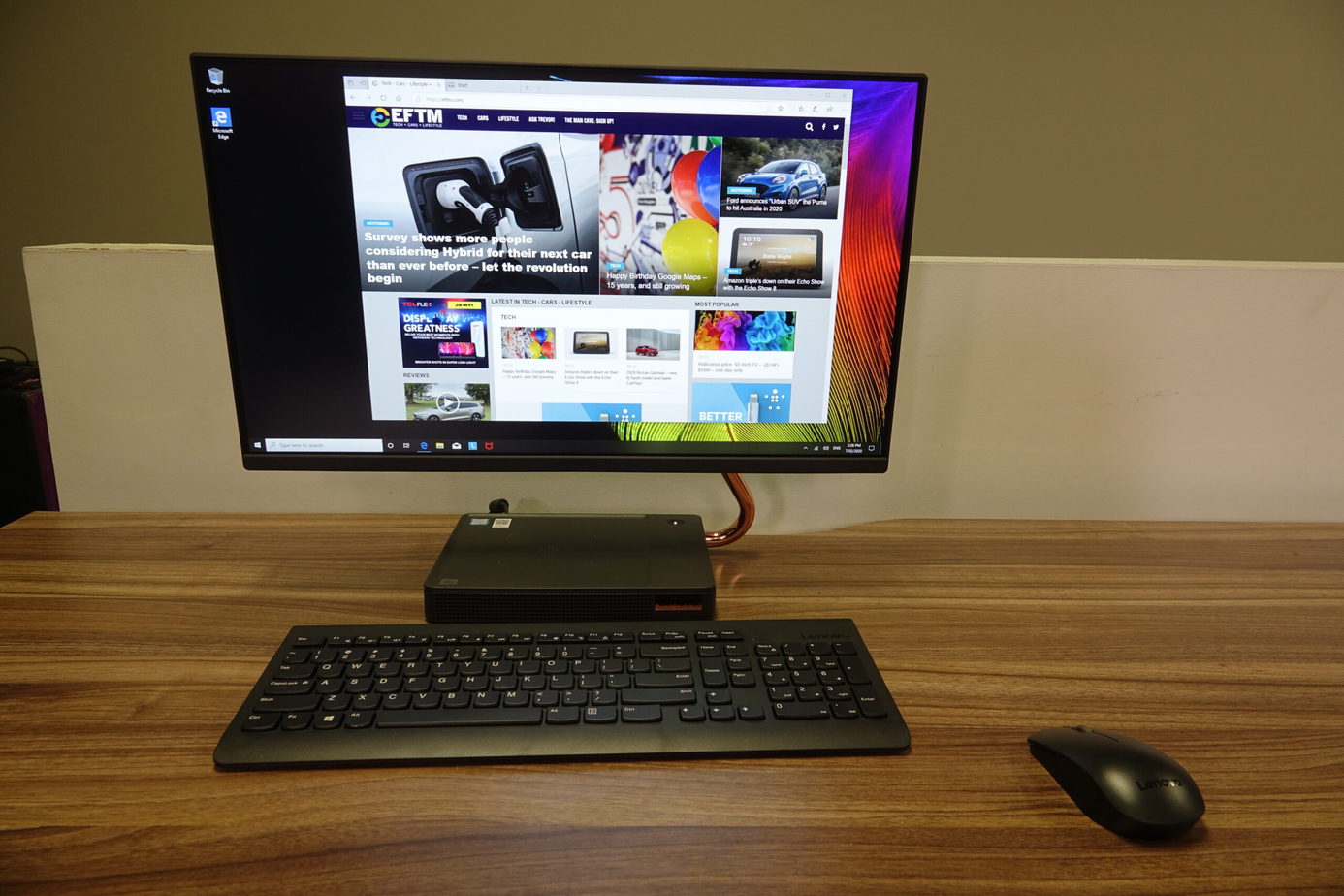 Lenovo IdeaCentre A540 Review: The all-in-one with Style for your home

The days of the “Desktop Tower” and monitor are long gone in many or most Aussie homes. Replaced by tablets, laptops and all-in-one computers and when it comes to that last category, design is starting to catch up with expectations.

The category is hardly new, but I think what’s happened is the surge in mobile and laptop computing has dramatically reduced the cost of parts which are really the same as what you get in an all-in-one.

Dell and HP have had some decent entries in this space, of course, Apple’s popular iMac is big here, and there’s Microsoft’s enormous Surface Studio PC too. But here’s a contender from left-field that’s worthy of consideration – the Lenovo IdeaCentre A540.

With a 23.8 inch screen, it’s just the right size for the open family space or a study desk.

The copper or brass look link between PC and Monitor is a really impressive touch, and allows the monitor to tilt – but not lower down toward the desk.

A minimal PC unit looks good, with only the power connector in it – the guts of the connectivity is in the rear of the screen.

HDMI input means you could hook up any HDMI device like a games console, DVD player or whatever you choose, and HDMI output means you can have a second screen too.

Running an i5 processor at the entry-level $1,999 price, it’s not cheap – but hey – style doesn’t come cheap does it.

My favourite feature – the top of the desk unit is a wireless charger for your phone.

The specs will be enough for any family, as long as your kids aren’t looking for something for intense gaming.

Oh, it’s also got a retractable webcam for the privacy narks

Easy setup, stylish design, the Lenovo IdeaCentre will probably get the wife’s stamp of approval too.

Price wise, it might be a touch hard to justify – but I genuinely believe you’re getting an overall package that makes it worthwhile.

Lenovo IdeaCentre A540 Review: The all-in-one with Style for your home