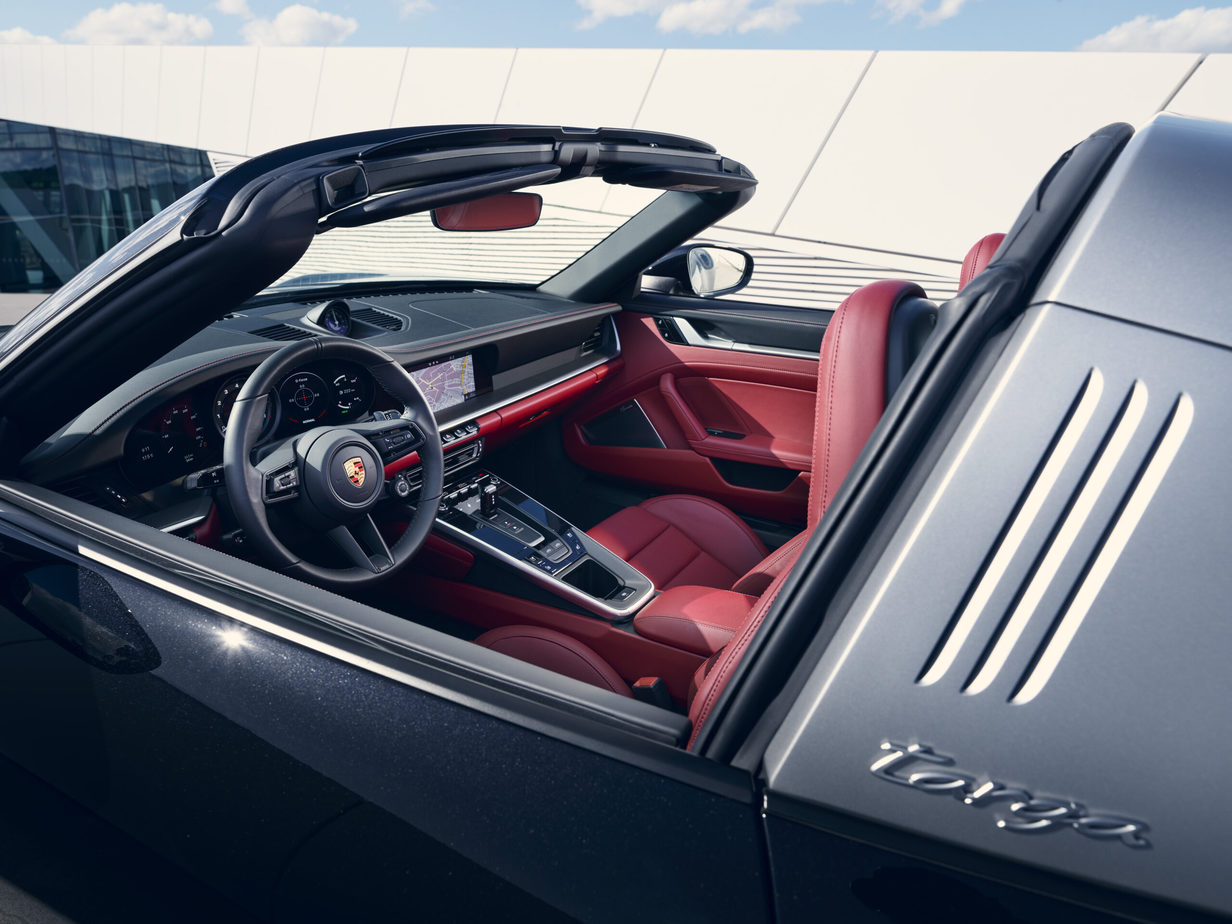 Want a Porsche 911? As if the choice wasn’t already enough, the German’s have revealed the open-topped variant the Targa, and she’s stunning.

As if nothing has changed except a few sleek lines, the 911 Targa from the 922 version of the car still features the wide roll hoop which tells everyone on the road that this top – it comes off.

In just 19 seconds that roof will be up, back and in the boot – simple as the touch of a button.

Plus there’s that wraparound rear window which just looks so good.

Can you tell I like the look of it?

The 911 Targa comes in two all-wheel-drive models, the Targa 4 and Targa 4S.

Firing you through the corners and up the highway is a six-cylinder three litre boxer engine with twin turbos.

For those looking to compare the 992’s Targa design to the previous generation you’ll notice more pronounced wheel housings at the front, and a recess in the front of the bonnet harking back to the first 911 generation.

Inside it’s all the joy of the current 911, including the 10.9inch touch-screen infotainment featuring Porsche Connect Plus and Apple CarPlay.

The radio will feature DAB+ Digital Radio all pumping through a BOSE Surround Sound System.