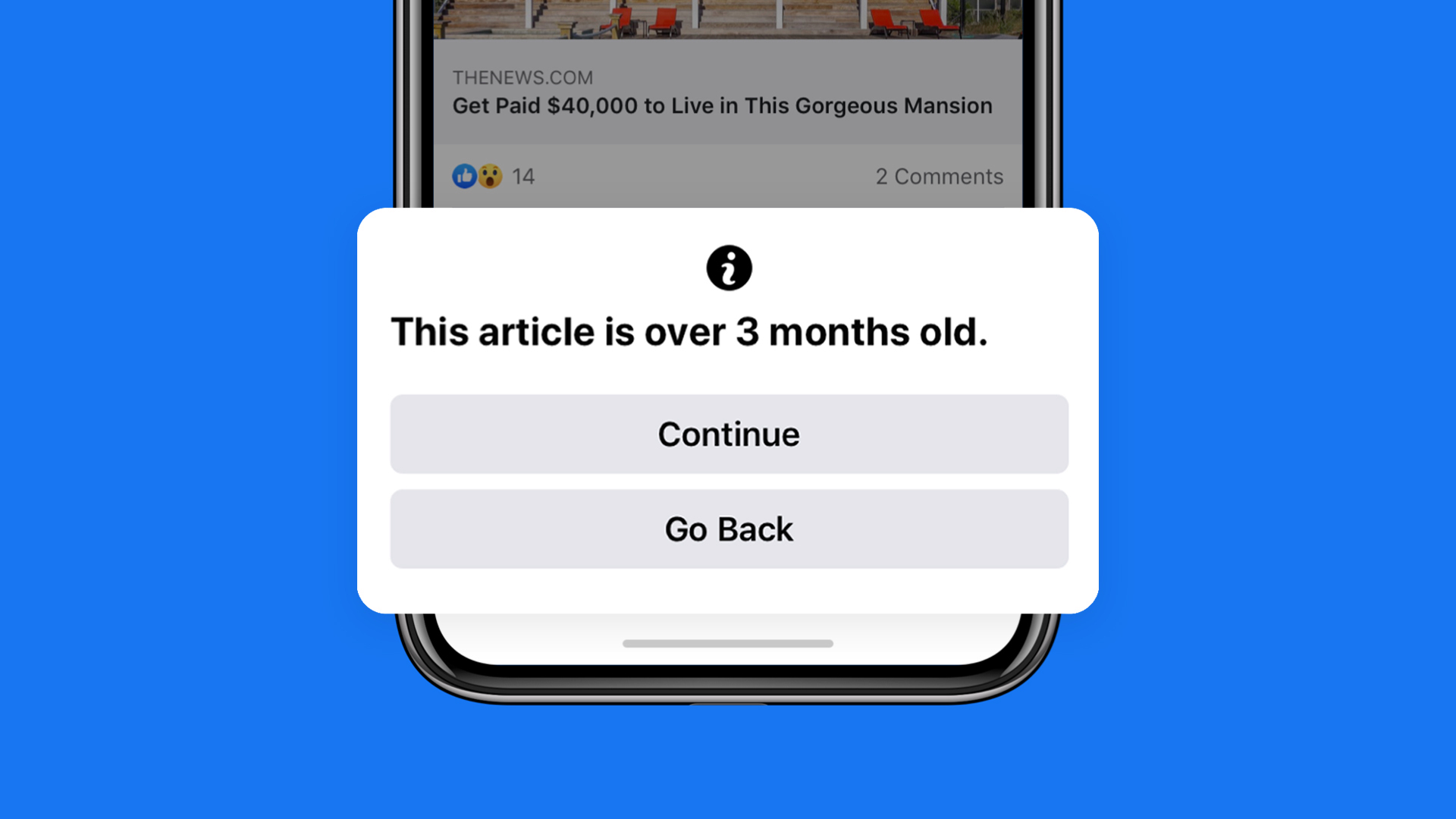 There are a few problems that exist on Facebook, not the least is the spread of Fake News, but perhaps as worrying is the spread of “old news” – because often it gets interpreted as today’s news by those who see it.

Facebook isn’t stopping it, but they are trying to help people understand it with this new popup message:

It’s really quite simple, and is the kind of thing that any “sharing” platform can introduce by simply checking the first date a URL (Address) was shared, or the publication date of the item.

And the irony of me posting this article 4 days after they announced it is not lost on me – but it’s not “old news” by Facebook’s standards yet:)