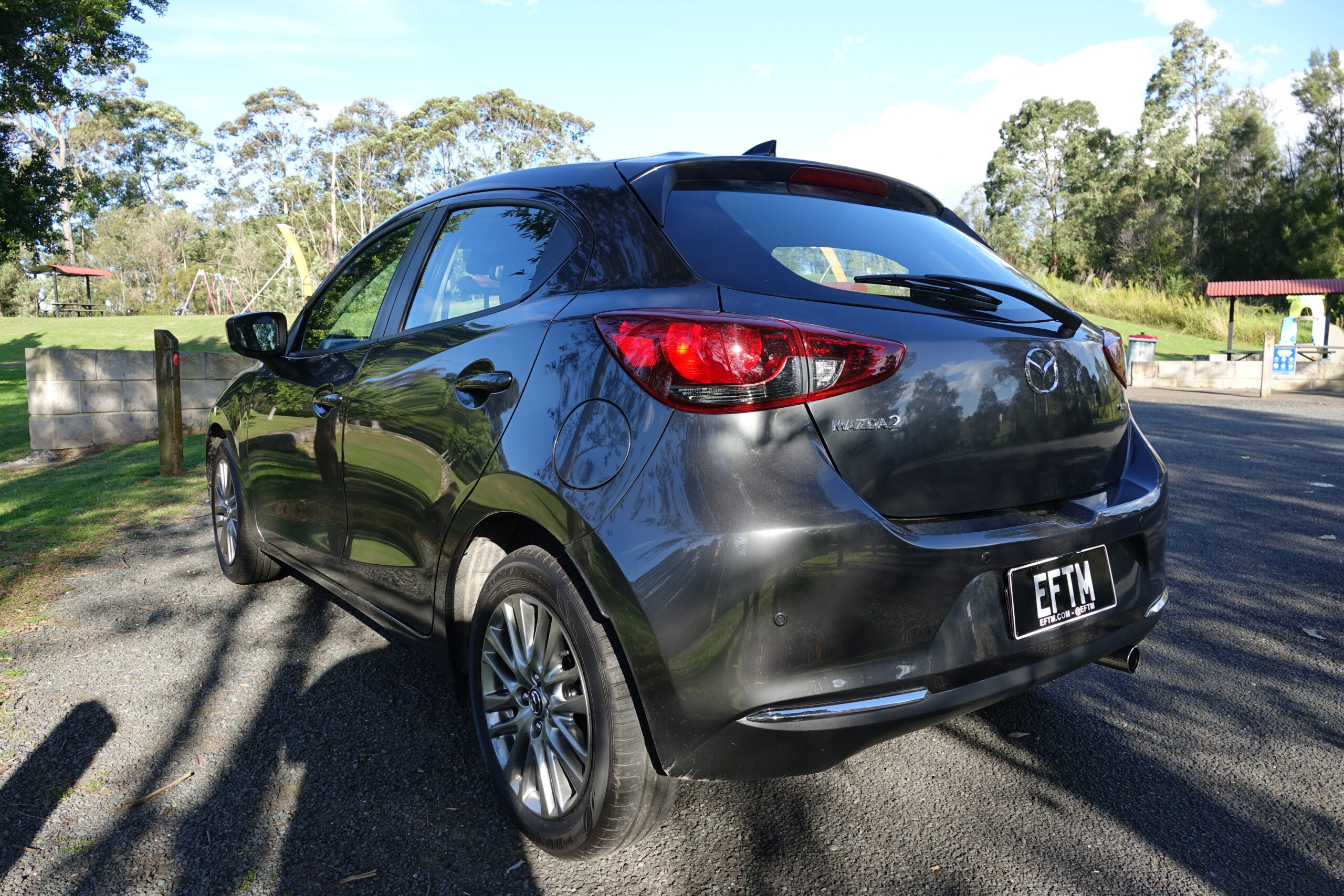 Here’s my 10 year review of the 2010 Mazda – Great car. We bought our Mazda 2 way back then, replacing an ageing (and somewhat embarrassing for me) Barina Convertible – yes, soft top.

This little thing has kept us going, been our great shopping run-about, a great little commuter and it’s even made a couple of road-trips.

But a lot has changed in a decade. The iPhone 4 (Antenna-Gate) was just six months old when we picked up our Mazda 2.

Honestly, that’s crazy impressive for such a small car.

Jump up a peg to the Evolve which I’m driving and you’re getting bigger wheels (16-inch alloys), Daytime running lights, auto-on off for headlights, a head-up display on the dash, climate control and satellite navigation.

The most compelling reasons to jump up again to the Mazda 2 G15 GT are radar cruise control and built-in Satellite Navigation.

On top of the dash a 7-inch screen is there for all your infotainment needs which is touch-screen – but only when you’re stopped. That’s Mazda’s way of keeping you safe. It’s frustrating as all hell for the first week or so, but then you quickly get used to it.

Apple CarPlay and Android Auto are standard so you really do have access to everything you need, when driving that’s controlled by a small dial control in-between the front seats.

My only gripe would be the computing or processing speed of the infotainment system seems lacking. Getting it going at startup seems to take longer than you’d want, it can get bogged down in pairing Apple CarPlay, but again – you do get used to it over time.

On the road, this is a simple hatch, but well refined.

I love the new look, it’s really taken Mazda as far as possible away from their once iconic Bubble, to the rounded style of my ten year old Mazda 2, to where we are today – still the same in spirit, but that front end adds a huge level of sophistication.

The price has gone up a fair bit in that decade too, and at this price there are larger cars you can get with a fair big of bang for your buck, including the Kia Cerato for example, but there is something distinctly appealing about the genuine small car.

A great drive, surrounded by amazing safety features and technology.