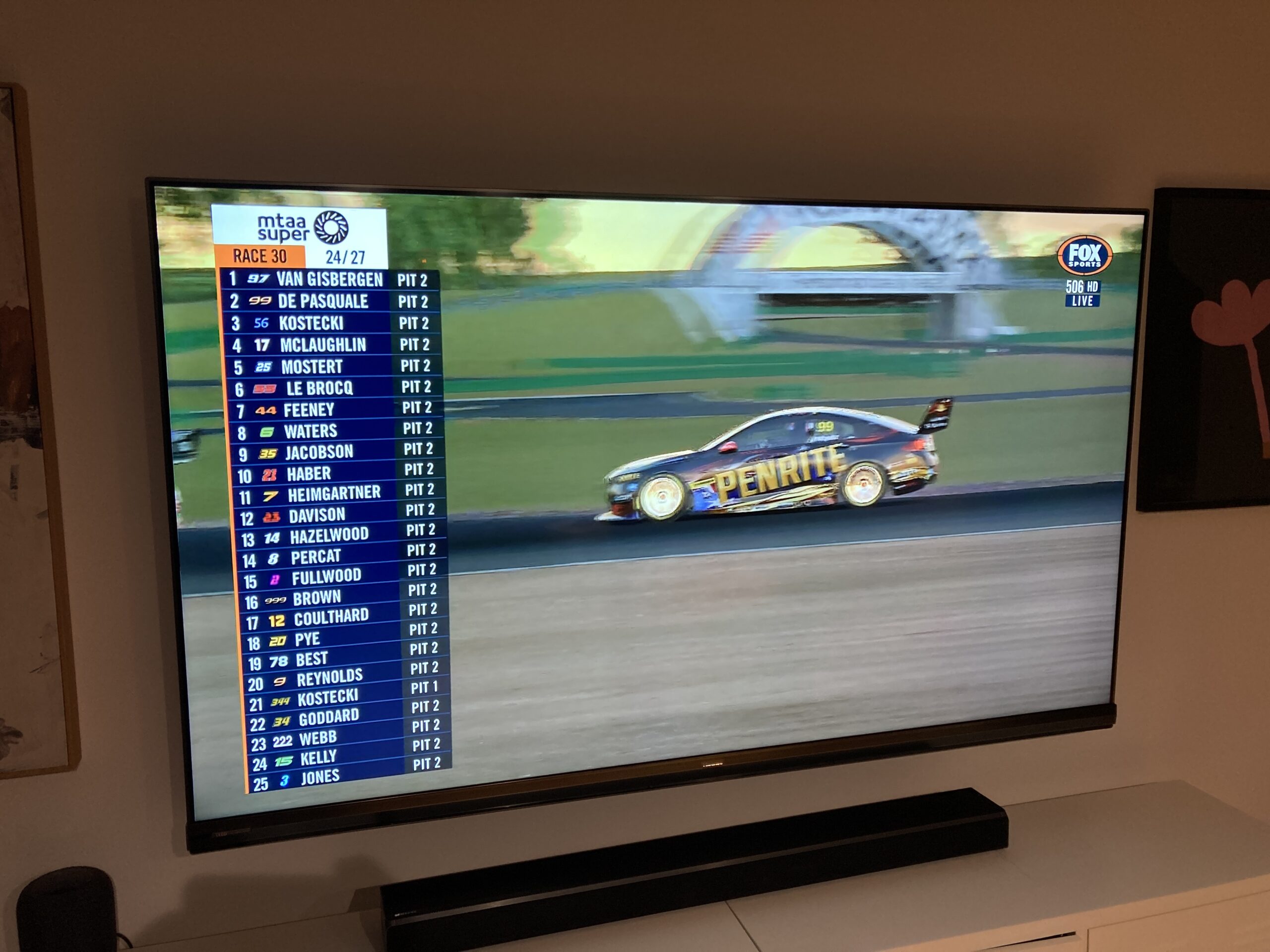 2020 will be remembered for a lot of things. A lot of very sad things, a huge change in society and the global COVID-19 Pandemic really changed so much about our lives.

Sport was stopped, we had nothing to watch on TV – then the Supercars organisers here in Australia, like other motorsport categories around the world thought – hang on, we could do simulator racing!

And they did. Now let’s be clear, I love motorsport, have done all my life, but in any given year, I’m addicted to Formula One, and watch the Supercars when I stumble across them.

But the virtual world was the opposite. The Formula One races weren’t as engaging as the Supercars. Why? I think it was because all the F1 drivers were not involved, and the TV coverage was done as an eSports race, not as an F1 race.

Australia did it differently, we did it better, we treated this 10 round series like the real deal. So here are the ten things we loved most, or learned from the Supercars eSeries.

Motorsport in a virtual world

This is the best thing about Motorsport. Ronaldo and Messi playing FIFA on the Xbox just won’t cut it – thumb footy isn’t a thing.

Motorsport is the only sport in the world where the real thing uses the same controls as the virtual one. A wheel and pedals.

Of course, many drivers invested heavily in their SIM Rigs, with shifters the same as their cars, and lots of high end gear, but in the end, the critical thing is it works.

Oh the nostalgia. I fired up iRacing today just to do some laps and remember the good times.

It’s a real shame that’s now houses, but – progress I guess. What a track, short, technical and fast. I’ll be doing more laps for sure!

Huge shoutout to Nathan Prendergast and the Supercars TV team. This event was SLICK. Using iRacing’s fantastic and almost countless available camera angles, the team were able to produce a coverage that looked top notch.

A mix of a familiar team in the studio with Jess and Neil, along with all the Drivers on hand via Zoom calls – including the biggest names in world motorsport. The coverage was award winning. Honestly, if the Logies were on this year, the Supercars eSeries coverage should get “Best Sports Coverage” because it was not only thrown together with no notice (this kind of thing would have taken months of planning normally), but it was slick as all hell.

Neil Crompton is as old school as they get folks, but he approached this commentary with the same passion and gusto as the real thing, an absolute credit to him.

Congrats to the team.

How great are our Supercars drivers. From Chaz Mostert’s Joe Exotic look to Nick Percat and his dog Nelson. These guys seem down to earth, chatty and anything but stuck up sports snobs.

Very refreshing and a real win for Supercars.

Harley Haber, Brock Feeney and many more young almost unknown drivers did bloody well. You could say they are the digital generation – but no matter what, they raced and raced hard.

Seriously, how impressive was it to see Max Verstappen, Will Power, Lando Norris and more global superstar racers jump in to race in our Supercars eSeries. Not only did they compete, but they were AS approachable and likeable as our own Supercar drivers – up for a Zoom chat with the commentary team no problem at all!

Rick was taking the p*$s early on, with his camp chair and Logitech wheel. But he soon realised this was competitive. He build a better SIM with bigger LG screens but still maintained his fun approach by building a lookalike Mustang body for it.

Credit to him, it showed he’s bloody handy on the tools, and really great at engaging with his fans.

He’s done with it now though:)

I feel sorry for Garth, losing his full time drive at the end of last year. But, doing great with a Co-Driver job at Red Bull, it’s hardly a bad thing he’s ended up with.

BUT – I will say this, he’s a bloody good commentator. His role in the last few rounds was exceptional, he did it well, provided the perfect input and played the co-commentator role perfectly.

Give that man a job Supercars TV!

These three are the stand-outs from the sport – no question. Anton has really proven himself as a top steer, Gis and Scotty have been putting in the laps and clearly these three are the ones to watch in any virtual competition.

Be interesting to see how it all shapes up when they get back on the track!

Speaking of getting back on track, be good to see some real crashes again:)

Cars flying through the air, whole front or back ends coming off – it just wasn’t real. iRacing is clearly epic in terms of it’s reality as a driving simulation – so let’s hope they do some work on the reality of the bumps in the panels in future updates.

Congrats to all the drivers, the sports administrators, broadcasters and the fans – we did it, we enjoyed the sport when it wasn’t really on.

BRING ON SYDNEY MOTORSPORT PARK and the real thing:)

Here’s to an ongoing Virtual Series of some sort in the future.