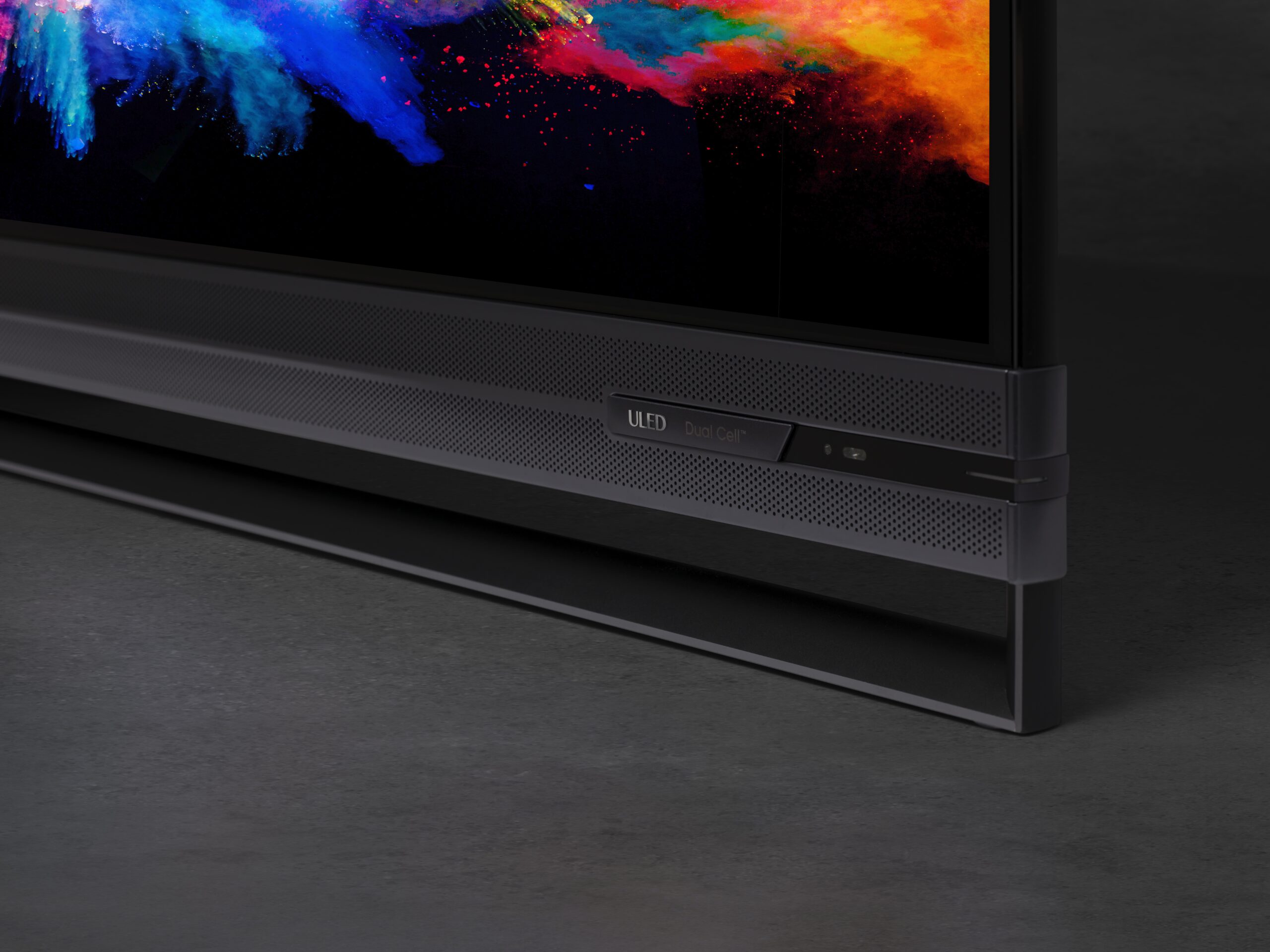 The thing about hype is that it’s just that, it’s the idea that something is better or great, but you don’t know if you should believe the hype – until you see or experience it the thing being hyped for yourself. Let me tell you the Hisense Dual Cell TV technology lives up to the hype.

“The deepest blacks ever seen on a Hisense LED screen” – that’s the hype. And while they don’t write it, or say it, Hisense’s target here is OLED.

As recently as the last year or so Hisense were selling an OLED TV because we all know that’s the picture quality everyone desires. The deepest blacks, a perfect contrast between blacks and bright colours

That’s where Dual Cell comes in. Hisense’s own technology which meshes a standard LCD panel with a second LCD panel that is greyscale.

A 4K colour LCD is what you see, but instead of a backlight behind it shining through and blooming light around colour into the black areas, there sits a greyscale LCD panel between them which blocks light in areas of the screen that should be black, and lets it through where colour is to be seen.

While I couldn’t compare it side by side with an LG – I did have the opportunity to sit it alongside a Hisense OLED, and the experiment was stark.

As with any short term test, there are a lot of variables. In the hour I spent watching shows on Netflix, I found the Dual Cell to be in store mode, and while the Dual Cell has Dolby Vision the OLED has HDR so getting them set similarly is difficult.

At one stage it seemed the Dual Cell far exceeded the OLED for picture, but this was just a HDR and Dolby Vision setting needing to be brought closer together.

The most important observation I can make is that the blacks are very deep, utterly impressive.

Essentially, I spent my time trying to pick holes in the picture quality, very hard to do.

On a black screen with white text, normally a time to see serious blooming around the edges, I was blown away by the crisp edge on the words.

But then I found that at a viewing angle off past 45 degrees you really see some backlighting.

Photos will always struggle to convey what you see with your own eyes, but I felt this (above) was my best representation of that.

Now, in terms of trying to find a fault – I looked at colour. And again, I was a bit shocked. Time after time, I found the Dual Cell to be a better “looking” picture. This is very very subjective let’s be honest.

But, have a look at this freeze frame – photo of the screen.

I think the Dual Cell offers a richer colour, without blowing out. Given OLED is renowned for not having the brightest colours, perhaps this is LED/LCD technology shining through – pardon the pun.

The panel itself, at its thinnest point, is nowhere near comparable to OLED – however, the fatter part of the screen doesn’t over exaggerate.

The standout feature of the Dual Cell outside of the picture is the stand. This TV leans up against the sub-woofer – all of which comes with it.

That Sub-Woofer can sit separately wirelessly if you wall mount the TV, no problem, but again this is an example of the value here. Solid – stunning sound all included.

Hisense’s Dual Cell TV will go on sale in September, that $3,495 price tag will likely drop a touch in retail. I think the challenge is justification.

Given the excellent sound, great design, and best-in-class picture quality, I think the price is well justified. You’re getting a far better picture than LCD, but I would caution by saying that really matters most to people watching movies and big productions in darker environments.

Frankly the OLED was still more impressive in full light, but it was marginal.

They’ve done something quite amazing here Hisense, and it’s to be commended. Solving the problem of backlight bleeding with the addition of a Full HD Greyscale LCD means your blooming or blurring of colour is limited to just a few pixels in size.