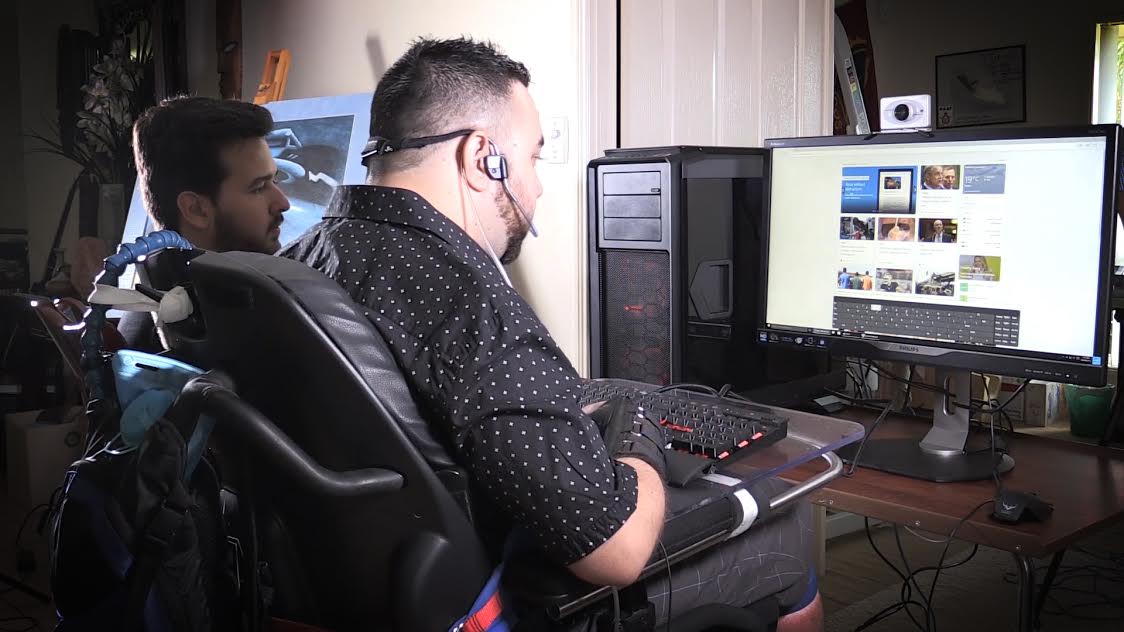 Imagine your life is changed in an instant.  You go from being a fit, healthy, vibrant 17-year-old with ambitions of joining the RAAF to a quadriplegic confined to a wheelchair and life of constant care from your mum and family.  That’s the story of Kieron D’Netto.

This week I spoke to Kieron, to understand how technology forms part of his life, his recreation now, and to share with you his story.

He’s now 29, his amazing mum is his primary carer and one of his only forms of recreation comes from computer gaming. 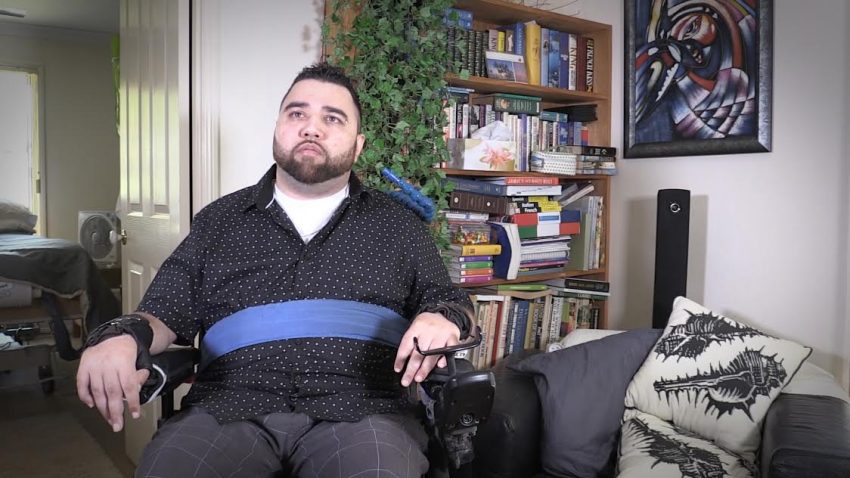 When he can, he acts as a counsellor to young people, speaking about the dangers of jumping off bridges – precisely what he did as a 17-year-old.  Clutching his boogie board, ready to jump and surf away, the boogie board moved away from his mid-air – he hit the board not the water first breaking his neck.

Sinking, unable to move, his mate saved his life – dragging him to the surface.

After 9 months of intensive rehab therapy Kieron was able to move his arms up and down ever so slightly, but other than that has no movement below his neck.

That choice – to jump off a bridge in what seemed a bunch of fun – changed Kieron’s life, and his family’s life – forever.

Communicating at home may be somewhat simple, being able to have a chat with his mother, face to face conversations with mates – that’s all well and good.  But getting from A-B, and having almost no movement means that Kieron had nothing but computer Gaming as a recreational outlet in his life. 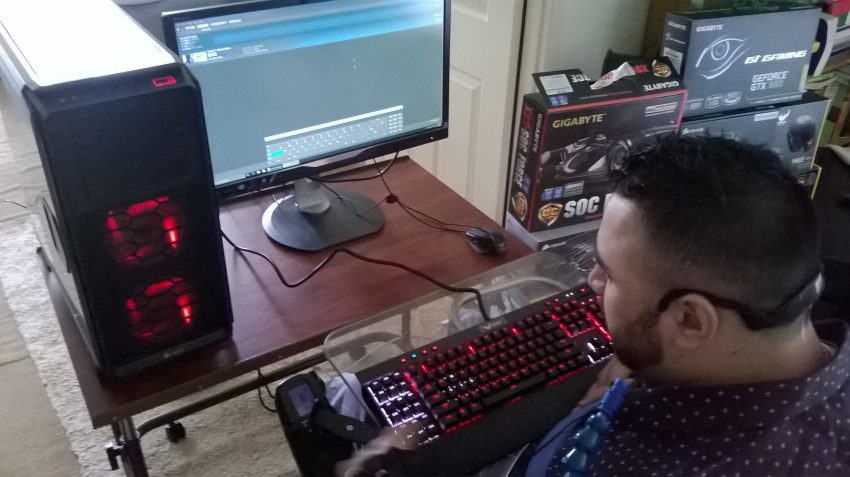 Amazingly, even 12 years ago, technology existed that allowed Kieron to use a computer.  A sensor on his forehead linked to an infra-red tracker – called a “head-mouse” allows him to move the mouse around the screen.  A sip and puff switch linked  tube in his mouth allows him to left and right-click the mouse.

Combined with the limited arm movement allowing some keyboard touches, Kieron found that he became equal in many multi-player online games.

The immersive experience that is online gaming for many of us takes on a whole new world for Kieron – isn’t it amazing what Technology can do? 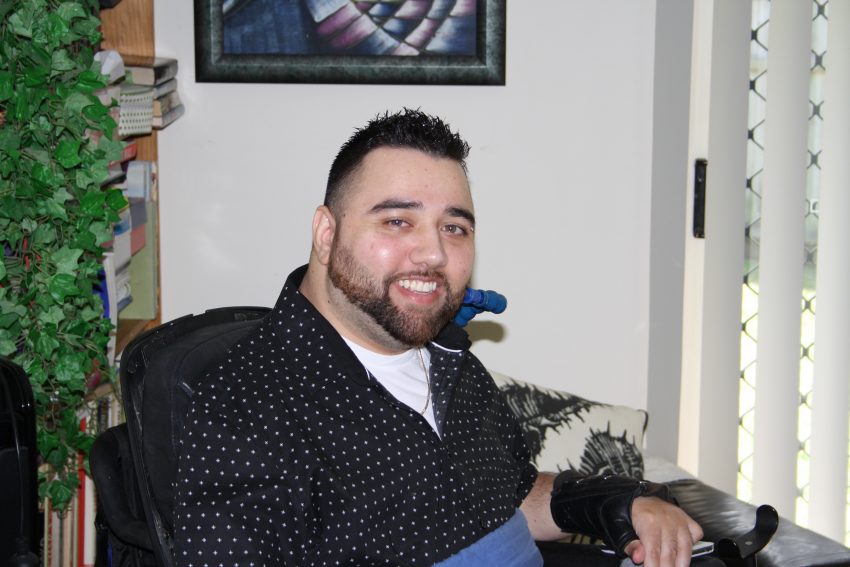 Over time, Kieron had built one hell of a gaming PC (“Rig”) – that Rig was his gateway to this virtual world which pitted him man on man against able-bodied people around the world.

Sadly, 24 hour care is not cheap.  Life for Kiron and his family meant that he had to sell that Rig so his gaming days disappeared. 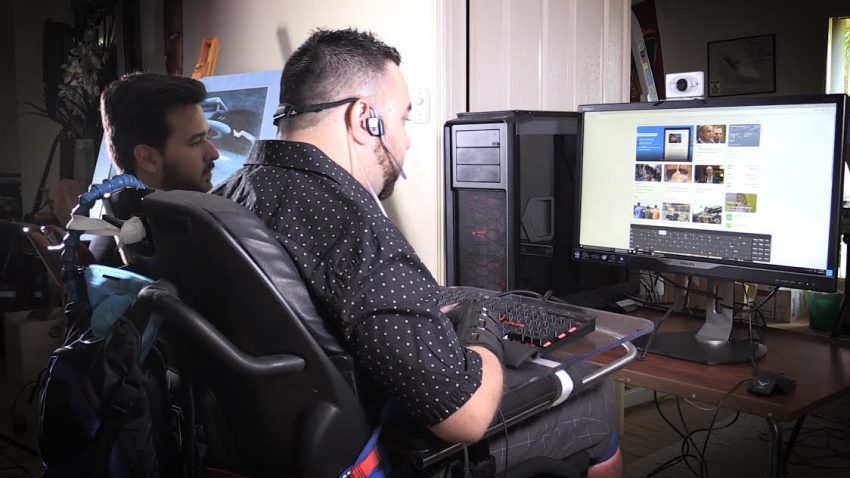 That story got the attention of some great people at Intel.  They worked together with computer store CentreCom to put together a whole new Rig for Kieron which they personally delivered a week or two ago.

That PC consisted of a:

Of course, there are many people in need, there are many stories of tragedy in our world, but hearing what Kieron had been through, and understanding impact this machine could have on Kieron’s perspective on life – what Intel and CentreCom have done is a credit to them.

To Listen to my chat with Kieron, subscribe to Your Tech Life on iTunes or PocketCasts or click here