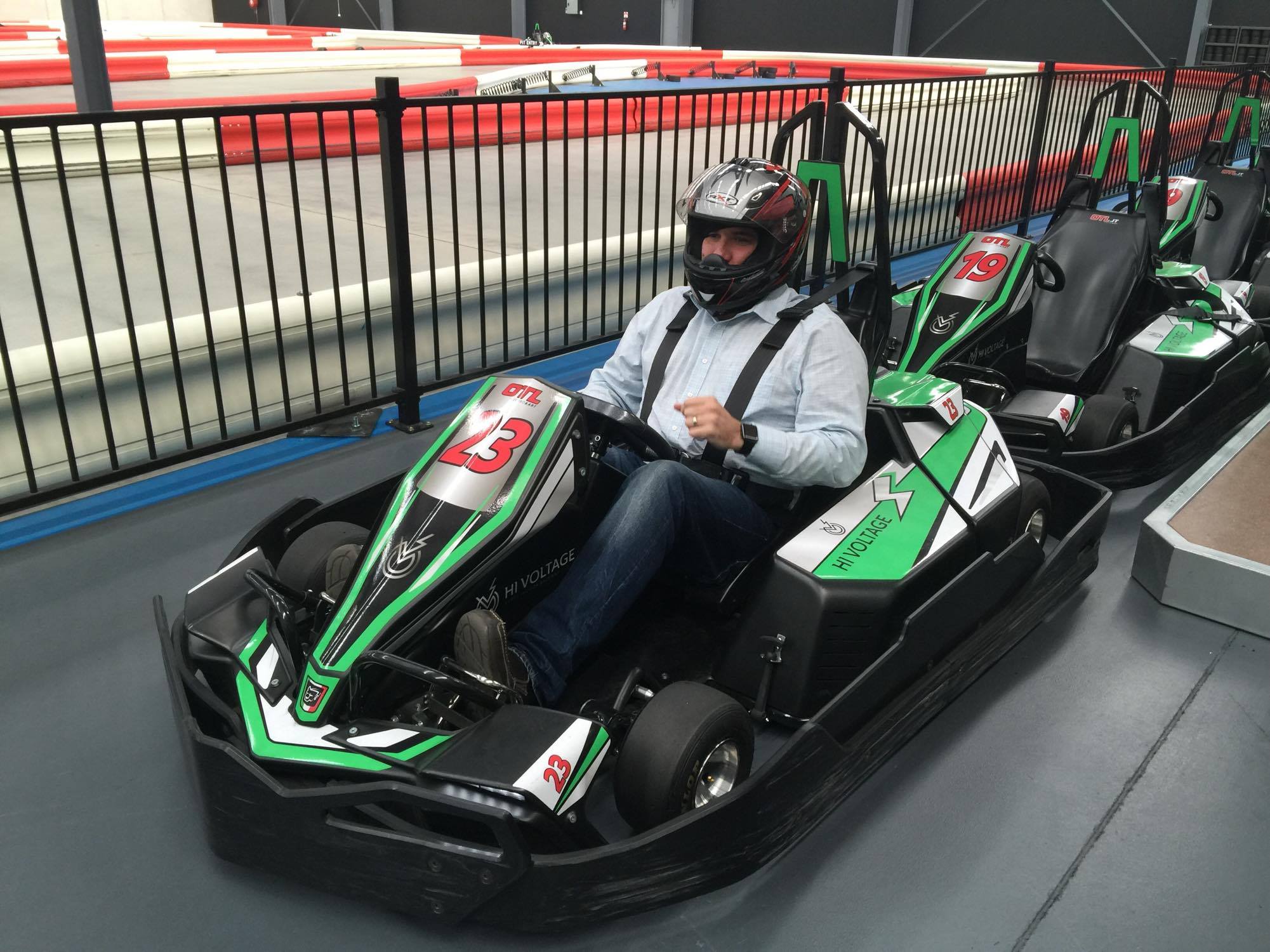 When I first heard about a fully electric indoor go-kart centre I knew I had to visit, and today on the way into Melbourne I took some time out to check out the setup at Melbourne’s Hi Voltage Karts – and it’s well worth a visit! 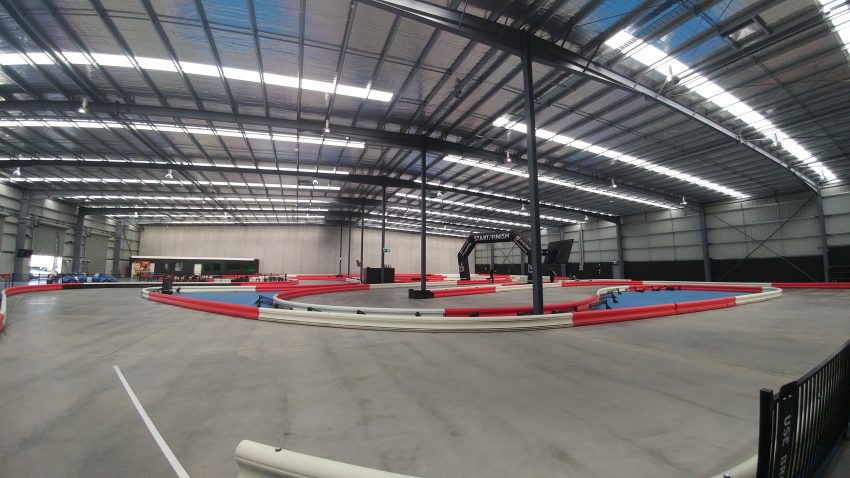 In the early 1990’s I worked at the Griffith Go-Kart and Indoor Leisure Centre – a big open warehouse with petrol powered go-karts running around a track defined by old tyres.  You’d bump into them, get stuck and a young Trevor Long or his mate Ian would run out and rescue you.

Plus there’s the filling them up with fuel, the fumes, the noise and all in all a pretty messy experience.

When I walked into Hi Voltage Karts in Melbourne’s Western Suburbs today it felt like I was walking into a high-end race team’s workshop – clean floors, fresh air and a very professional look.

The track itself is not bordered by tyres, they have spring bound crash barriers all around so you get bumped back onto the track or drive through any incident, unlike with Tyres where you can get caught under them or in them. 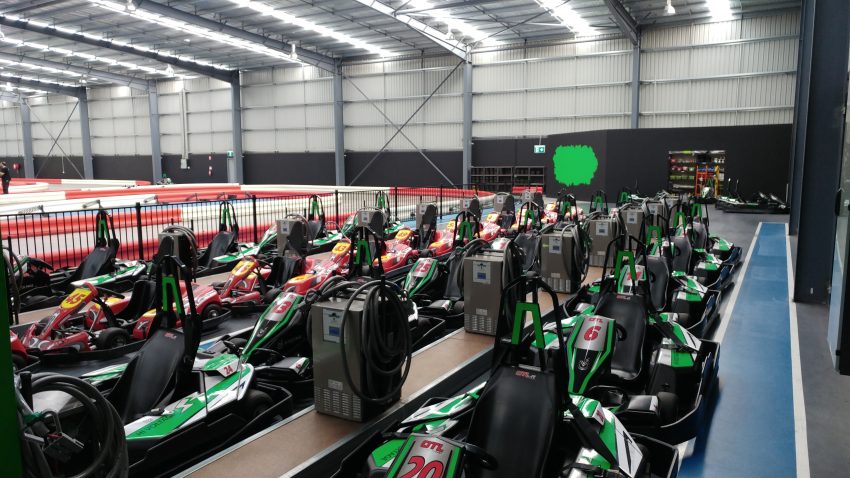 Then there’s the karts.  Lined up in three rows were two types of karts.  Adult and Kids.  Red smaller karts for kids aged 8 and up which have a slightly slower speed but are still fully electric, and two rows of green “adult” karts.

Underneath the sidepods are four batteries, all charged by what look like Tesla Superchargers down the median strip between the karts.

They take just ten or so minutes to charge, and you’re out on the track for 14 or so laps per race. 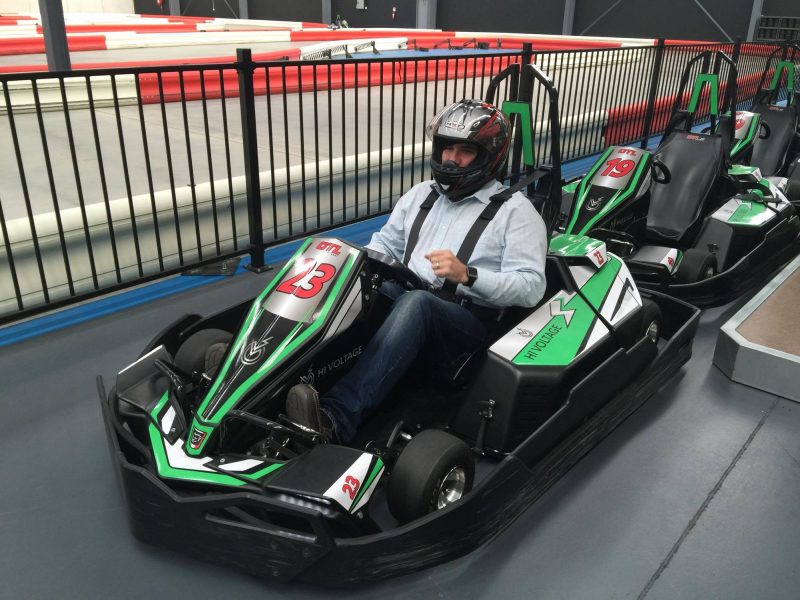 Hop in, strap yourself into a four-point harness and wait for the queue to go and you get your first taste of the strange feeling of electric driving.

It’s quiet.  At slow speed in the pits you can’t hear them move.  Out on track it’s a different story.  A chain driven rear axle makes a bunch of noise as do the tyres, but still nothing like petrol karts.

And of course there’s no pull start.  These start with the push of a button.  They even have a switch for reverse.

Out on track I was first out for the day, the track was slippery and the tyres were cold.  The tyre dust and marbles were all over the place after a bit of drone racing at the centre the night before. 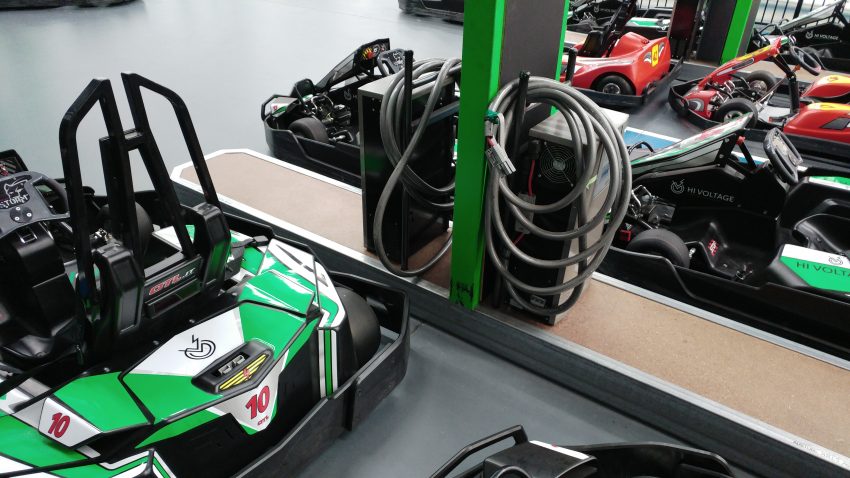 Before I went out I noted times in the 28 second bracket, so hoped for something in the low 30’s.

I managed a 31.490 and felt ok, but not great about it.  But I was assured it was a good time for a first go.  Then the owner went out for a spin.  He immediately brought it back in and went out and scrubbed the tyres on the kart and went out a second time to set 28.8 second laps with ease.

He instructed his team to sweep and vacuum the track, and to scrub all the tyres – they take their racing seriously here.

I’m told one other huge advantage of the electric karts is equality.  They all have the exact same power output – and the voltage is tested regularly – this is an even playing field for the most competitive racers. 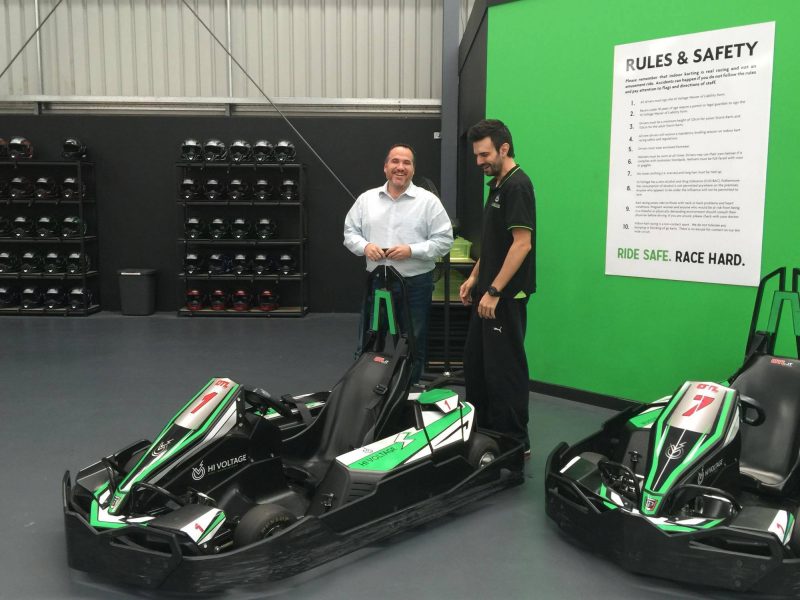 I had an absolute ball, and can imaging some fierce racing between mates goes on here at all hours of the day.

These may not be a Tesla Model S, and they’re smaller than a Model 3 – but it’s a great cheap way to get into the buzz of electric racing.  Perhaps there’s something to the idea of Formula E?

Check them out: Hi Voltage Karts