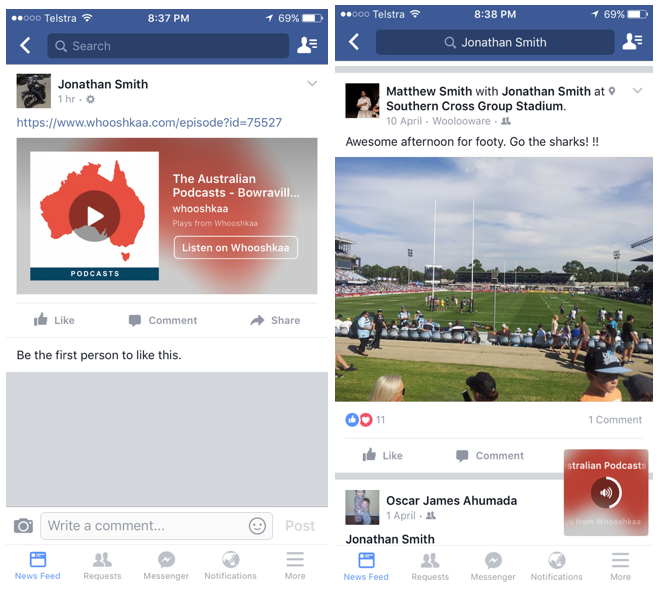 Facebook has for a long time been a great way to promote content, drive traffic to websites and engage audiences and with Video online growing at a staggering rate it has felt like audio content has been left without this opportunity – until now.  Aussie podcast platform Whooskaa today announced a world first in partnership with Facebook to make podcasts easier to listen to within Facebook.

One key issue with any content you’re consuming within Facebook or other social platforms is that once you “scroll past” that content it stops playing or you lose control.  Aussie podcast host Whooshkaa is the first in the world to use Facebook’s Audio technology for podcasting.

Rolling out this week in your Facebook app on iOS (and coming soon to Android) when you press play on a podcast link within Facebook it will not need to launch a new window or new page, it will play within the news feed. 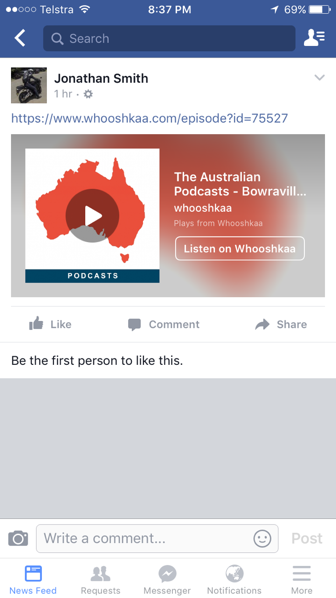 The real tech happens when you scroll down through your feed – because the audio “player” is minimised to the bottom right corner of your app screen allowing you to keep browsing while you listen. 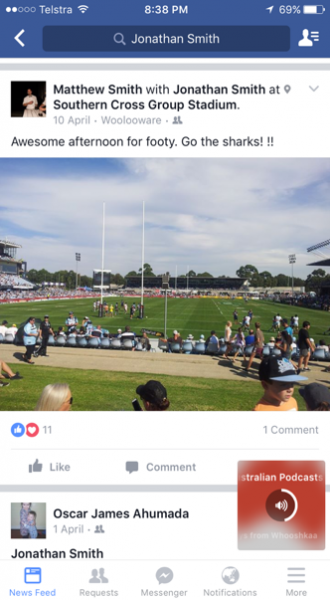 “After months working with Facebook, we’re delighted to be the world’s first podcasting platform to take advantage of this new audio sharing technology, joining the likes of Spotify and the United States’ National Public Radio (NPR One),” said Whooshkaa Founder Rob Loewenthal.

“This new feature will nurture the growth of podcasting and on-demand audio worldwide. Listeners love podcasts because they are absorbing, intimate and compatible with driving, exercise or working,” Loewenthal said.

Here’s a quick video of how it looks on the iPhone:

EFTM’s podcasts Your Tech Life and Two Blokes Talking Tech are hosted on the Whooshkaa platform and will be available to listen in this way as the feature rolls out across this week.