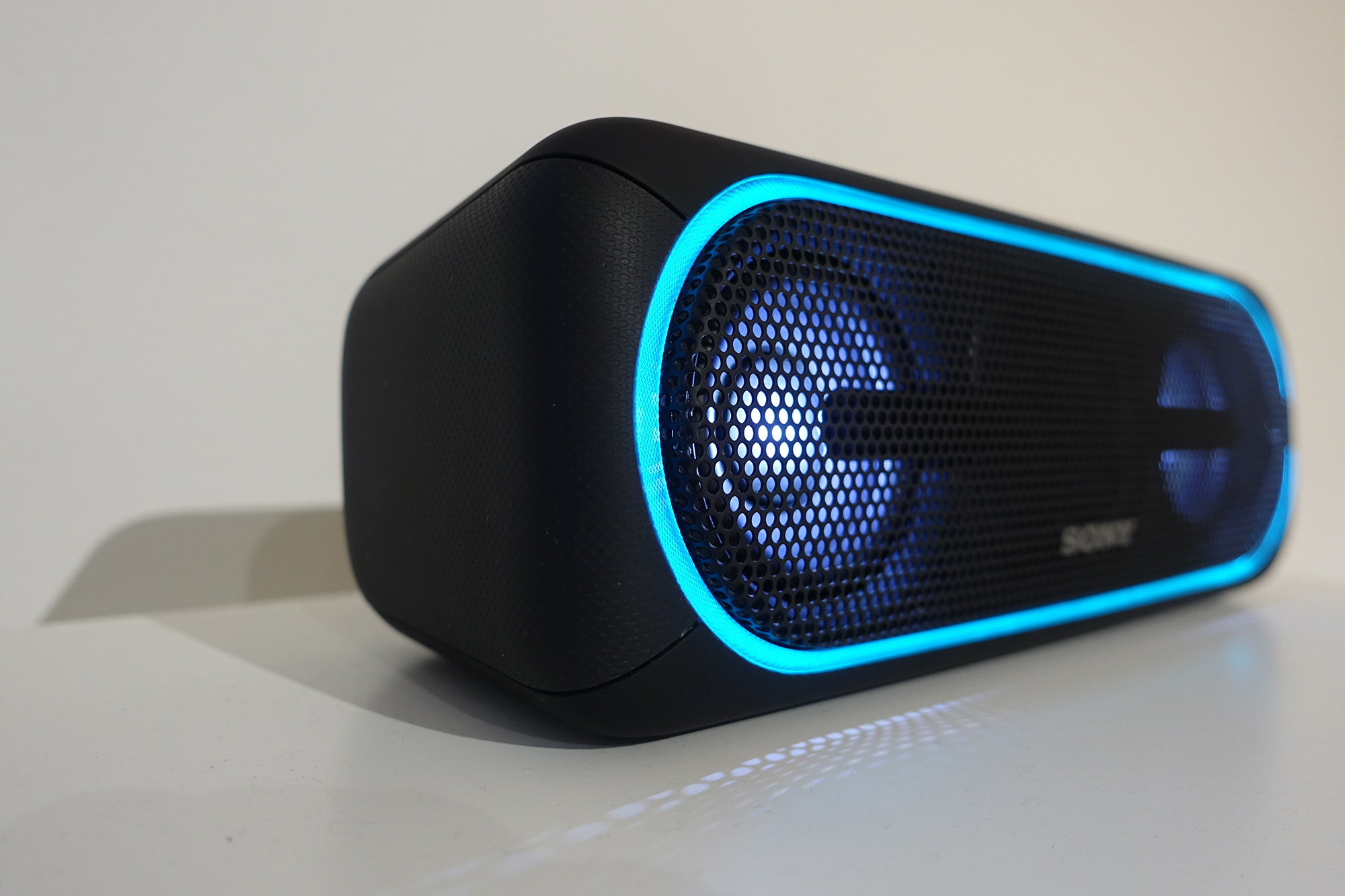 Last time you pulled the Bluetooth speaker out to entertain your guests all they got was sound right?  Sony’s stepping things up a gear with the new SRS-XB40 speaker with lights and sound! 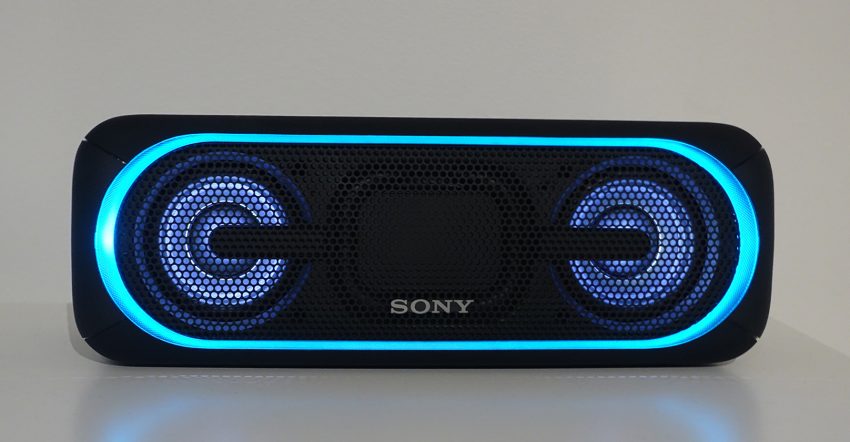 At $299 it’s in the premium end of the small portable Bluetooth speaker range – but you’re getting bang and bling for your buck.

From the outset this is a great speaker.  Easy to pair with NFC pairing options, and huge sound.  It’s a big speaker with a huge 24 hour battery life.

Sitting in the Sony Extra Bass range you’ve got the option – at the press of a button – to add a bunch more base, something Sony has done quite well with their range over the last year or so. 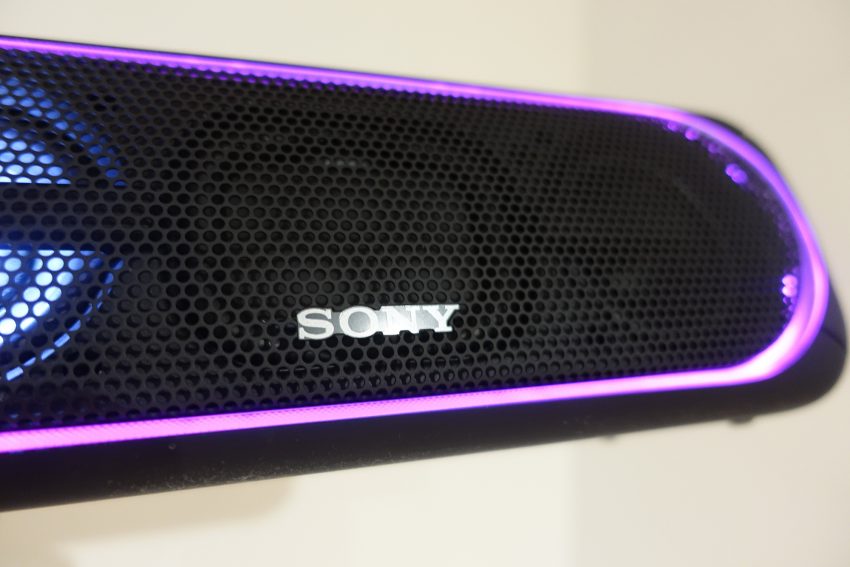 That huge battery life can be put toward your music, or of course you can plug in your phone for on the go charging too.

There’s no features missing either, with left and right pairing possible with a second speaker and a party chain to put sound in all corners of the room if you have a few speakers. 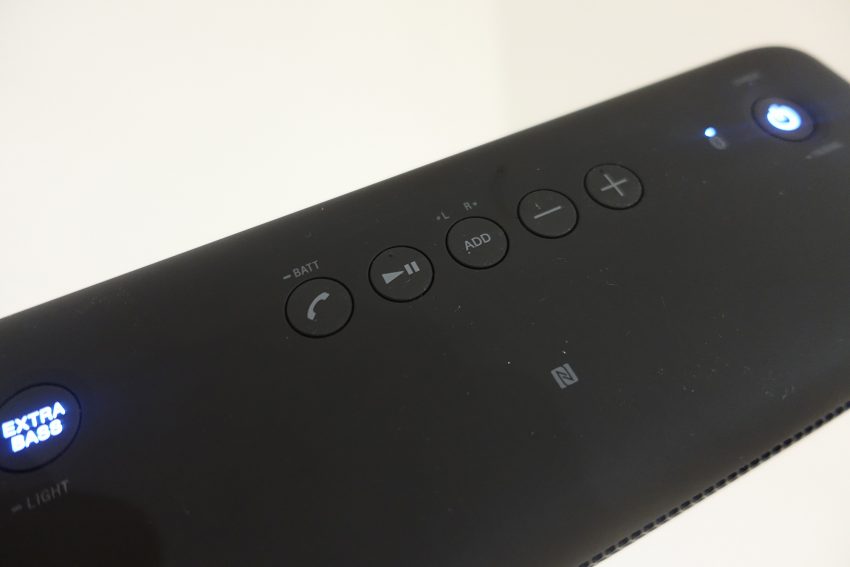 But the real party trick here is the lights.  There are three sets of lights inside the SRS-XB40 – around the edge is a glowing LED loop, this changes colours from Blue’s to Greens and Reds.  Then inside the speaker cones are small LED’s that make the cones light up – either together or individually.

Then, on the edges are two more white LEDs which flash too.

Lighting can be controlled via the SongPal app, or set to random where they blink and flash with the music.  It never appeared to be totally “in time” with the music, they were certainly ramped up with a heavy song so there’s some timing going on.

Love this thing, it’s a big beast, sits well in the lounge room or the backyard – can pack enough power to entertain a large crowd or just you on your own.  Very versatile and something different for a change.  Well worth a look. 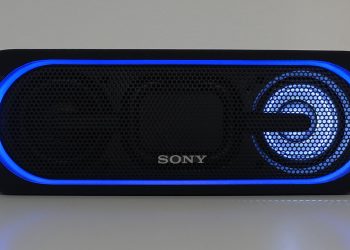 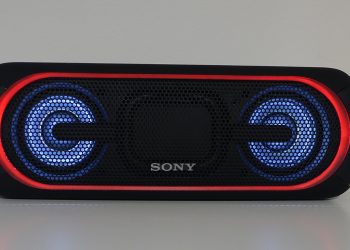 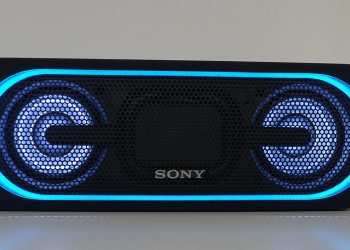 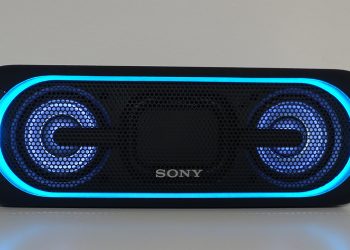 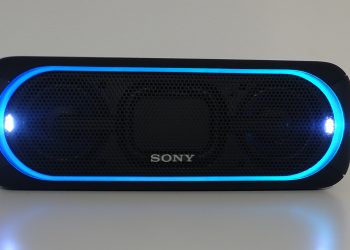 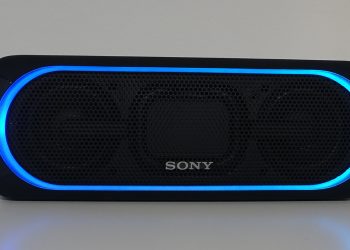