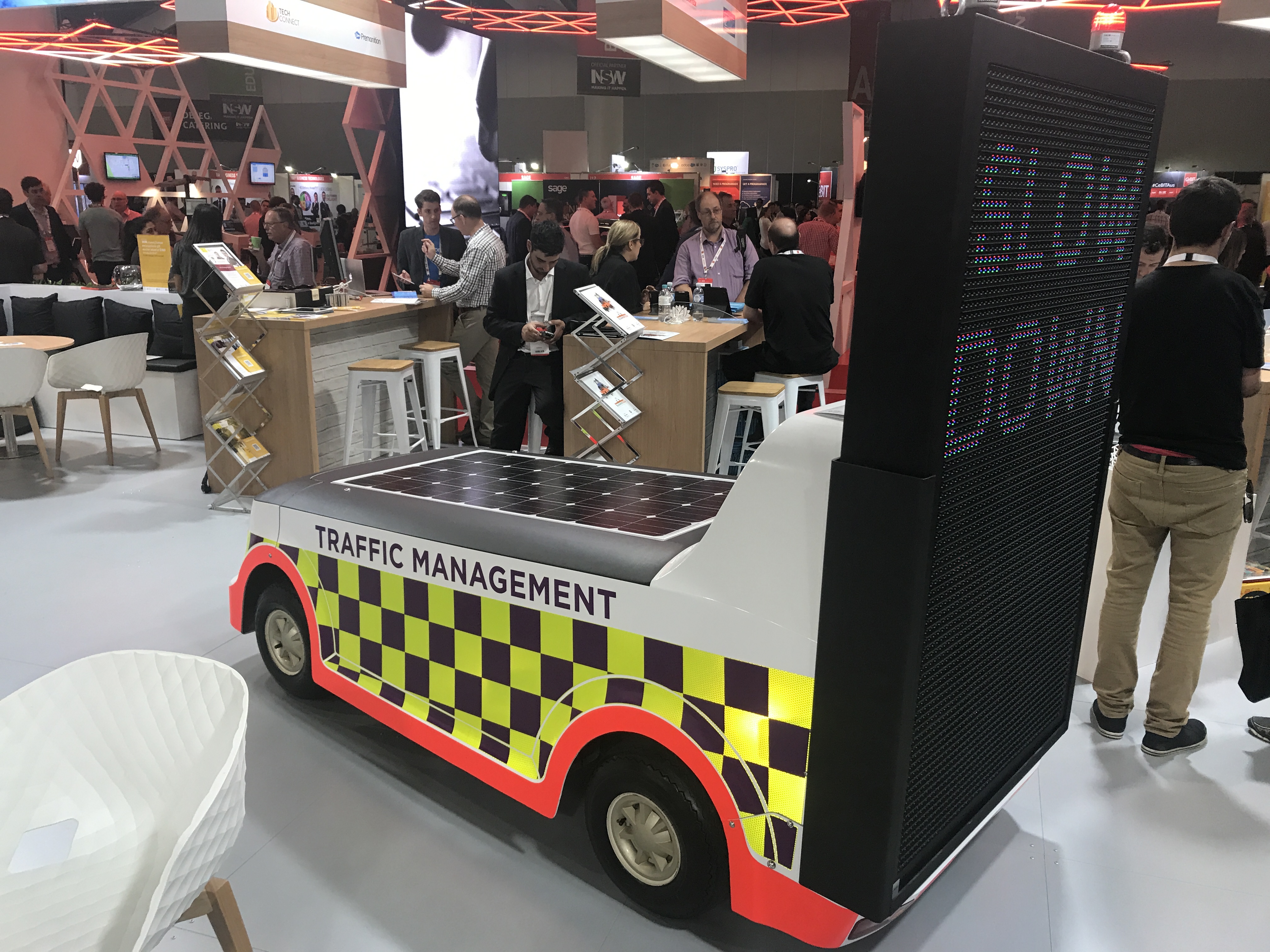 Think about the times you’ve driven down the freeway only to see in the distance a car parked just off to the side blocking a lane with a big flashing arrow pointing you into another lane.  Roadworks, lawn-mowing, maybe even an accident – thanks to some Aussie innovation, that task will soon be automated. 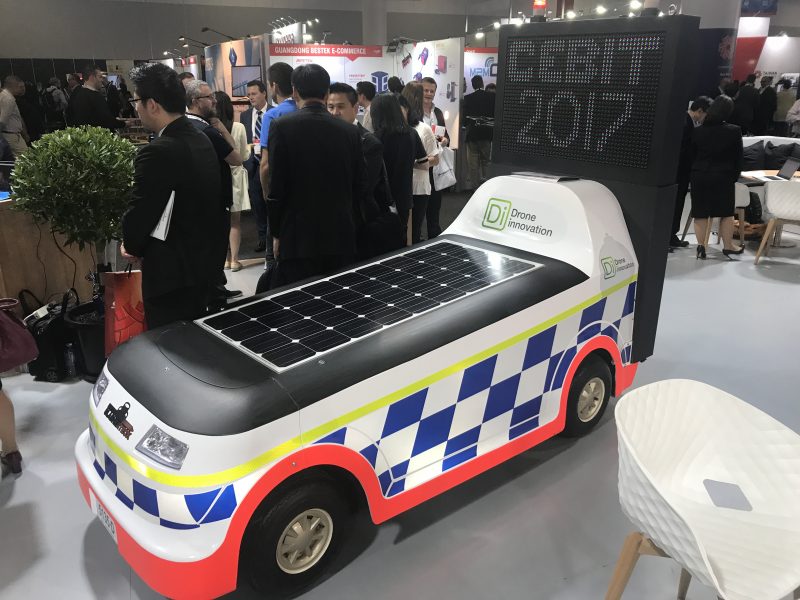 Forget thinking of drones as the flying type, a drone is really any autonomous vehicle and that’s exactly what was on show at the CeBIT show in Sydney today.

After getting some NSW Government funding, a company originally setup to provide modern roadside slashing equipment (cutting the grass on the side of the freeway) came up with the idea of a remote control vehicle to provide motorists with alerts about the upcoming works on the roadside.

Currently, if a large mower is in operation there would likely be a car parked at the start of the work, and another at the end – both with large flashing signs.

Fast forward to 2017, and those two cars can be replaced by autonomous vehicles from Slasherteck. 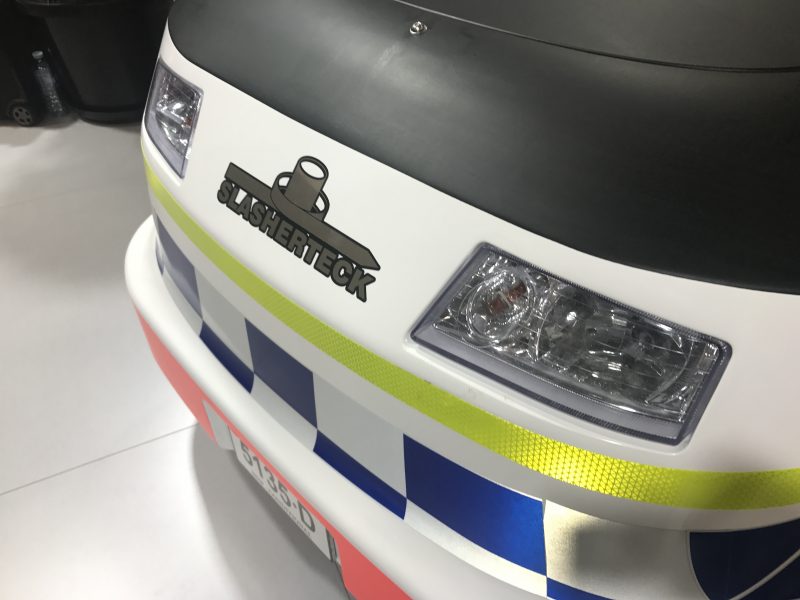 Right now, they are remote controlled – in just a matter of months they will be autonomous.  The workers would drive the road they plan to work on first – with a high-tech box on board marking the route on a map.  That data is then loaded into the drones, they are wheeled off a trailer and dispatched.  But the great thing is, when they are automated they could easily follow in front and behind the workers all without any user intervention.

Take it to the next level and think about the RBT setups the NSW police have.  Instead of parking one car at the start and end of the RBT with officers in between, these drone vehicles could be used as large clear signage, freeing up the police cars to be on duty in other areas. 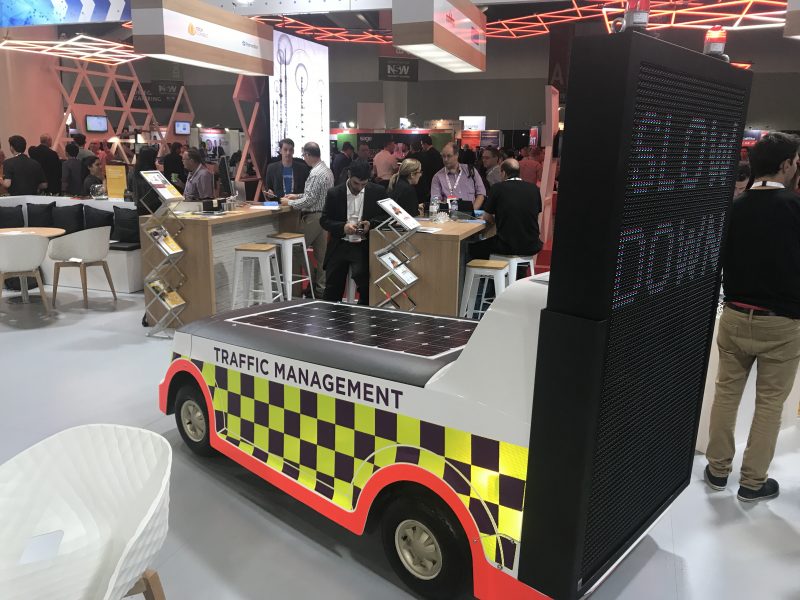 Much further down the track, roads and transport management teams could have these SlasherTeck drone vehicles positioned all around major roads to deploy and drive to the site of any breakdown or accident to provide on the spot signage and warnings. 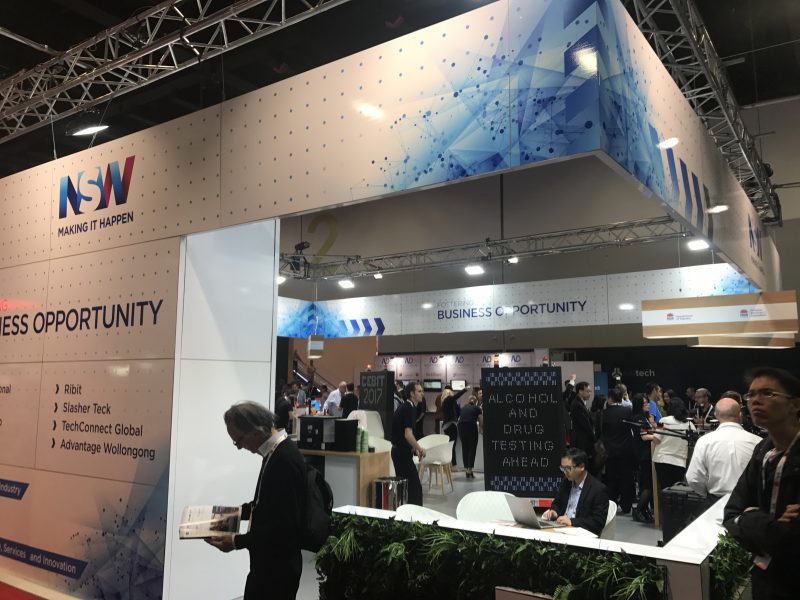 Really cool tech, Aussie developed, backed by the NSW Government and coming to a local council near you – with trials likely to kick off on the south coast very soon.