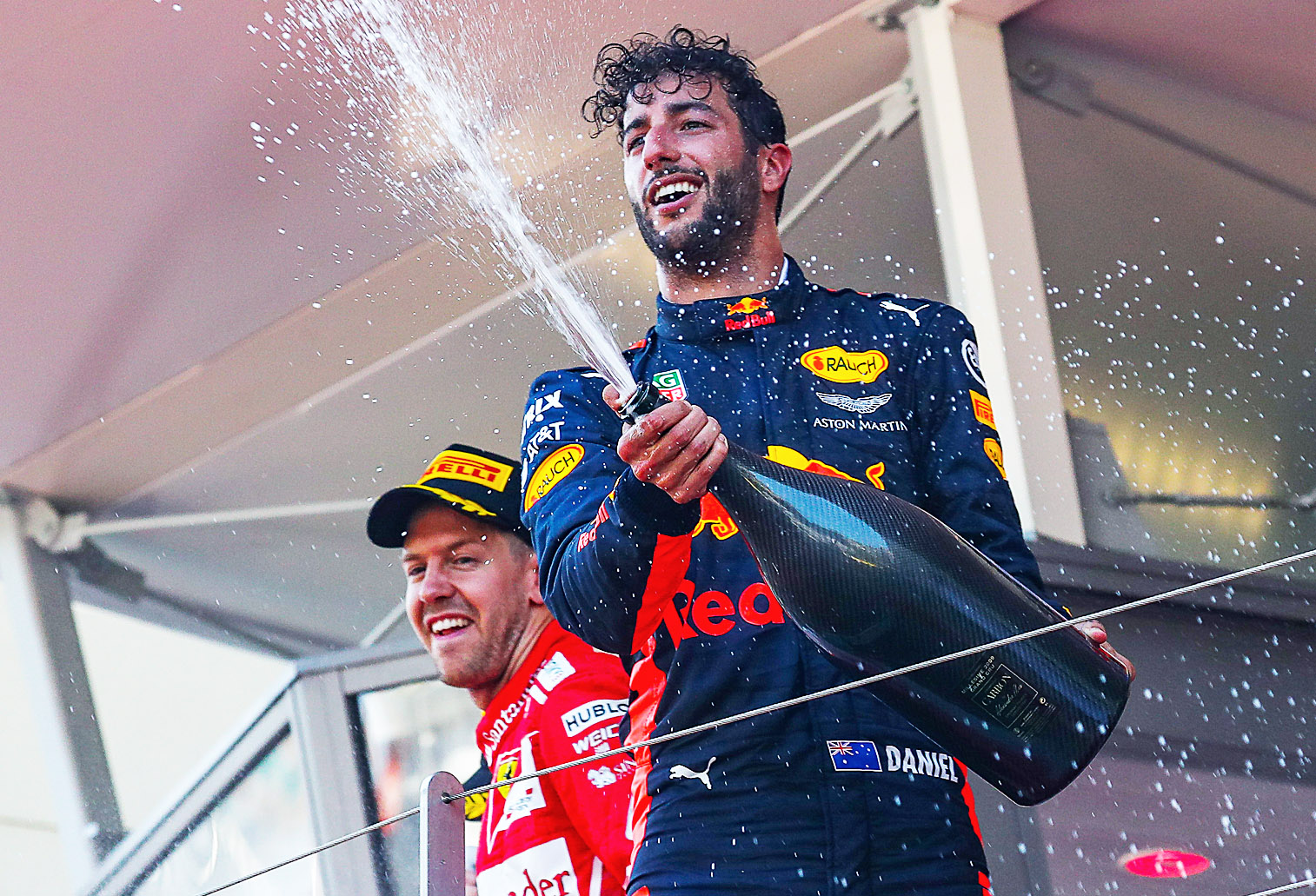 Last year we reported the news that Chandon had been loosely secured as the podium sparkling wine in Formula 1. We say “loosely” because after the G.H. Mumm agreement ended and they subsequently left for Formula E, F1 management hadn’t secured a formal deal to replace them. As a result in Melbourne 2016, Australian sparkling wine Chandon was brought in at the last minute to supply the F1 podium on a race by race basis. 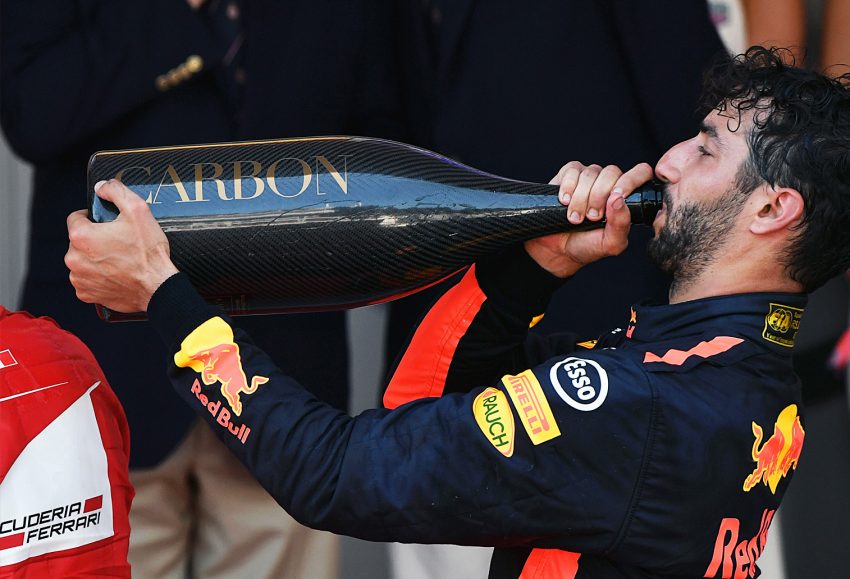 In 2017 we saw Chandon return for most of the season until recently. Monaco, Canada and Baku have brought Carbon Champagne onto the podium. We don’t have confirmation from Carbon on this yet however it is looking like a deal has been formed to have them in the sport under a new contract. 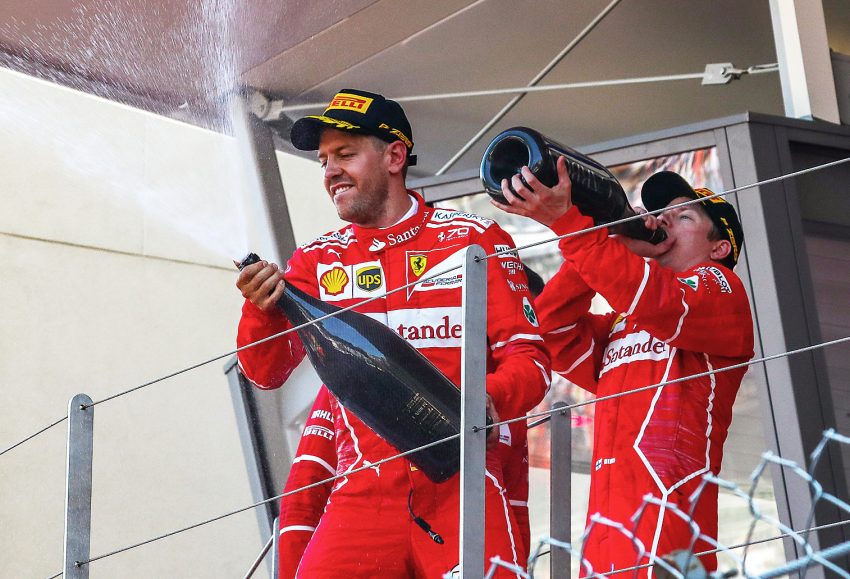 Carbon Champagne is the real deal wrapped in beautifully woven carbon fibre. Each bottle takes over six days and 30 individual steps to complete the wrapping and construction of the bottle itself. As a result, the jeroboam sized Carbon Champagne would cost you $3000 each, that’s a $9000 podium! It is a little concerning then to see the drivers spray this stuff all over the joint, let alone drink it from a shoe! 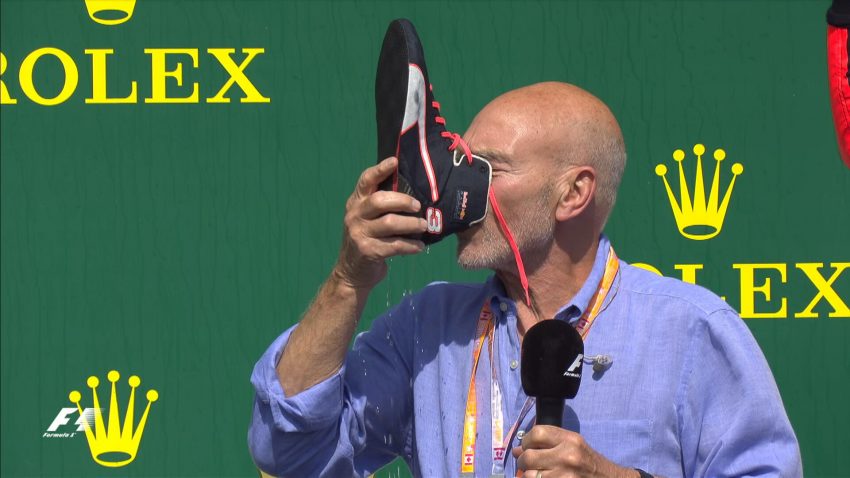 In some ways it is great to see the pinnacle of Champagne stand in the highest level of motorsport, it is a little disappointing that if anyone wants to celebrate like an F1 driver, it could send them broke. In the days of G.H. Mumm we remember buying small bottles of their Champagne in Melbourne to celebrate a Ferrari win, this would be a little hard now! Not only on price but Carbon Champagne is likely not going to be available at your local bottle shop.