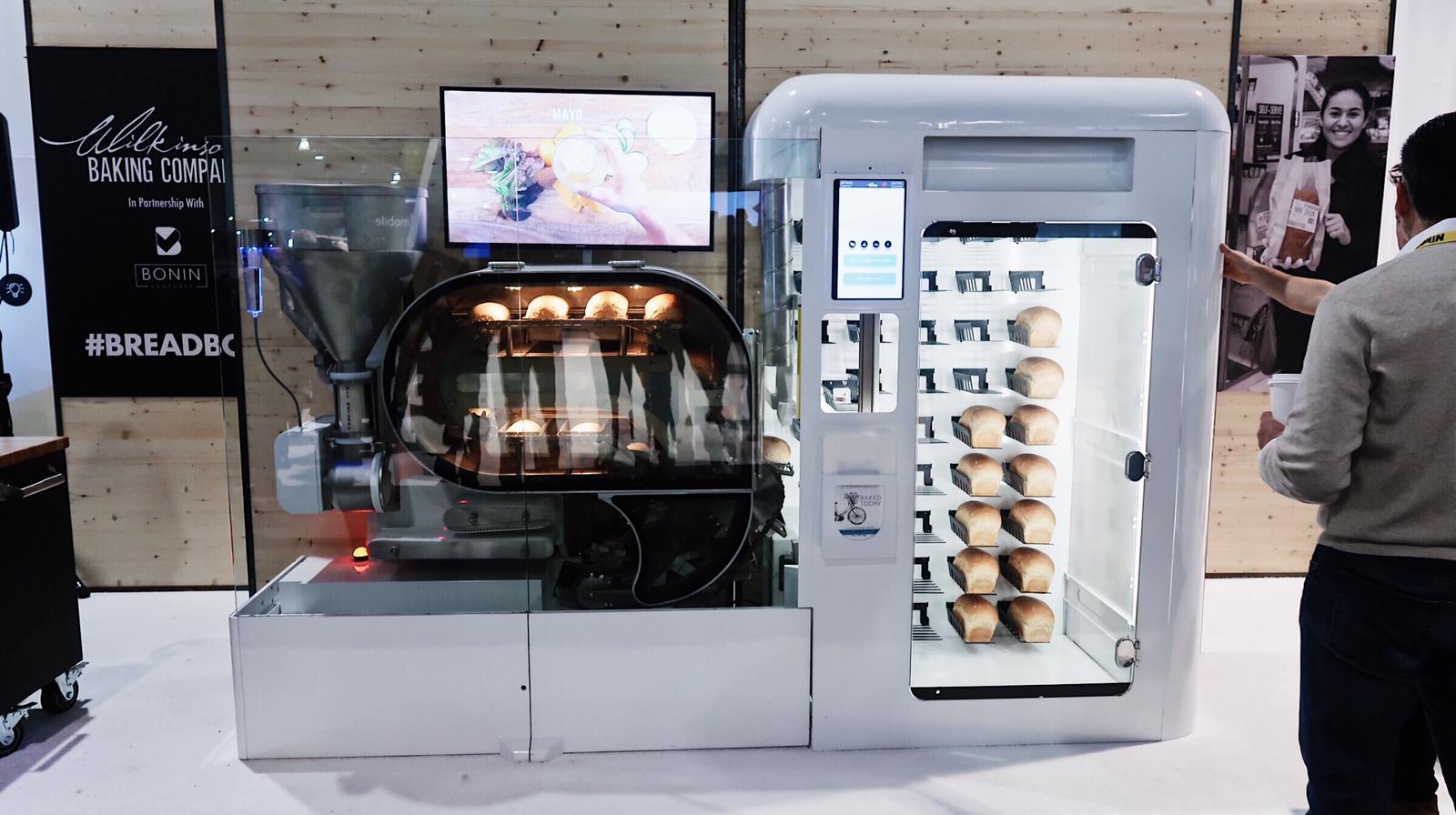 This may seem as one of those “why the hell do we need that” kind of products, but it’s actually just pure genius and will make it on the global stage.

The BreadBot is a automatic bread making machine which using a simple batch mixture mixes, cuts, dispenses, proves, and bakes loaves of bread in a conveyer belt system inside a small machine that wouldn’t be more than two meters wide.

Bread machines for the kitchen are nothing new, but this thing is pumping out loaf after loaf.

And then, when baked, the loaves are stored in a vending machine at the opposite end of the machine!

Via a touchscreen interface, you can choose a loaf of bread, either fresh and hot or from the vending machine – and it’s dispensed ready for you to bag!

So who’s it for? Think grocery stores. The big ones might have a bakery, but smaller ones are par-baking bread, or not offering fresh bread at all.

This machine means your local little IGA could offer a premium fresh hot bread service, without doing anything but loading up a bread mixture each day.