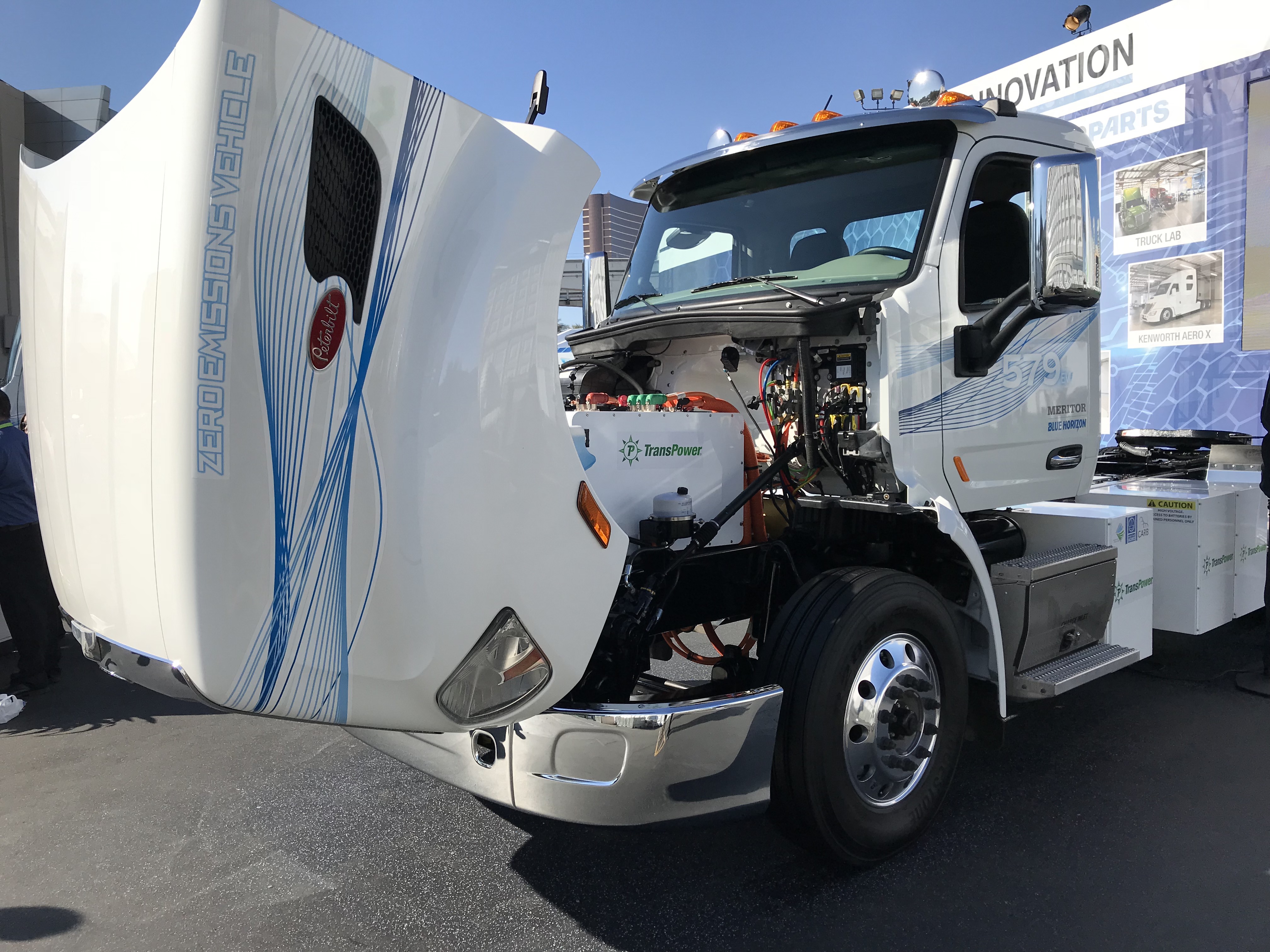 A Peterbilt for dang’s sake!

In the Cars movie, Lightning McQueen mistook another truck for his good friend. He was quickly corrected when he was told, “I’m not a Mack. I’m a Peterbilt for dang’s sake”. It is with good reason that the Peterbilt truck didn’t want to be confused with a Mack. Rarely seen on Australian roads, Peterbilt are leaders in custom made heavy vehicles in the US since 1939.

Peterbilt are using CES to showcase the 579EV Zero Emissions Vehicle prime mover. With the ability to tow over 36000kg, the 579 is strong enough for the long distance work that Peterbilt is famous for, but range will be an issue. At this stage, range is limited to a touch over 200km.

Peterbilt are marketing the 579EV as a solution for ports. The stop-start and short distance nature of this kind of work suits the 579EV perfectly. Impressively, it can be recharged in just 4 hours.

A Peterbilt for dang’s sake!