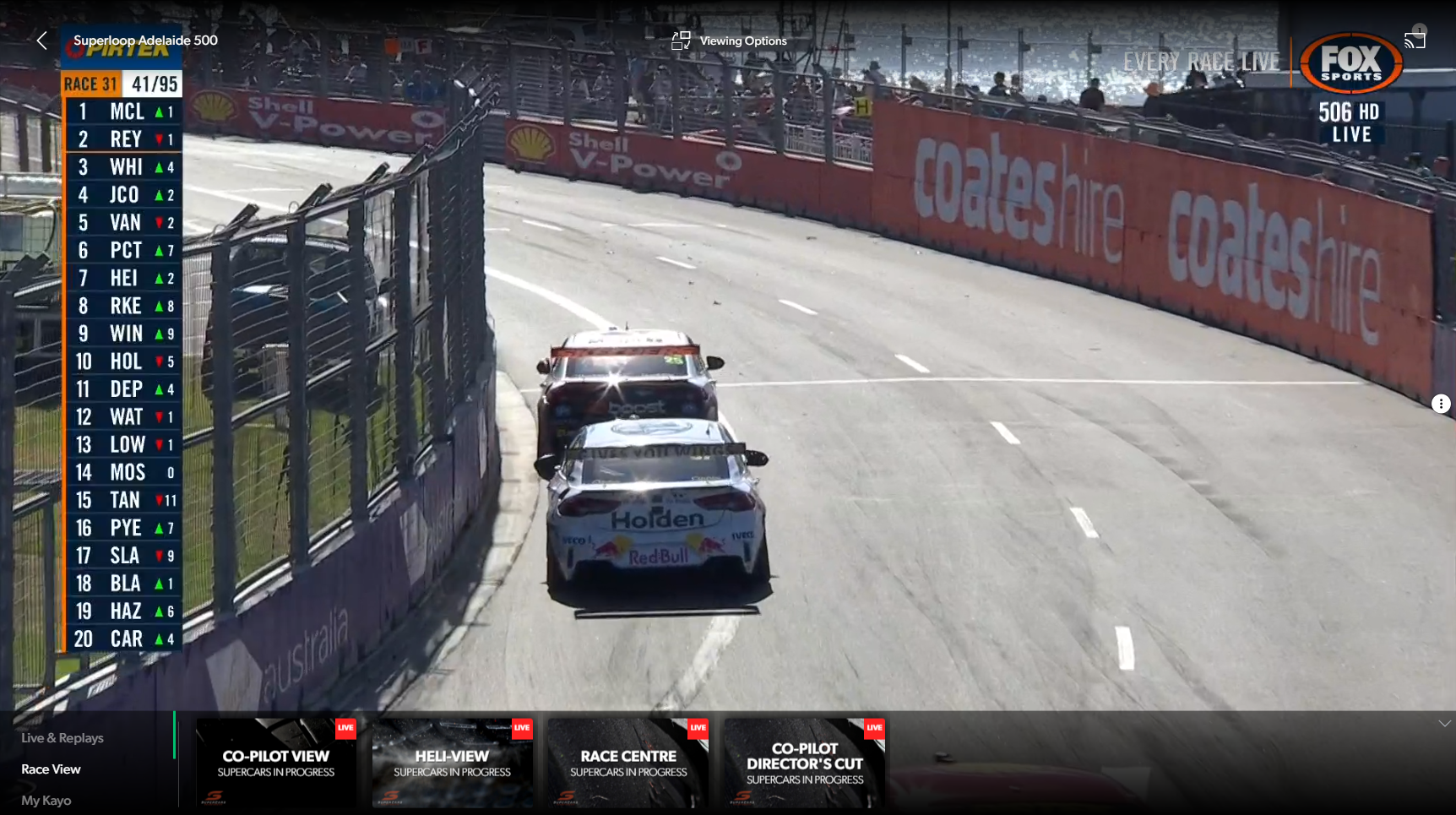 It all kicks off this weekend, the Commodores and Mustang Supercars hit the Adelaide track for the annual 500, but things are looking up for online spectators with Kayo Sports offering an advanced streaming service for 2019.

RaceView will launch for this weekend’s Adelaide 500 and will feature three different camera modes including an in-car driver camera, Helicopter Cam and the data screen with lap tops on Race Centre.

You can use the Kayo SplitView feature to watch all three modes alongside the main TV coverage, or choose any one of the streams on their own.

Kayo – along with Fox Sports, will feature ever session of Supercars action across the 2019 season.