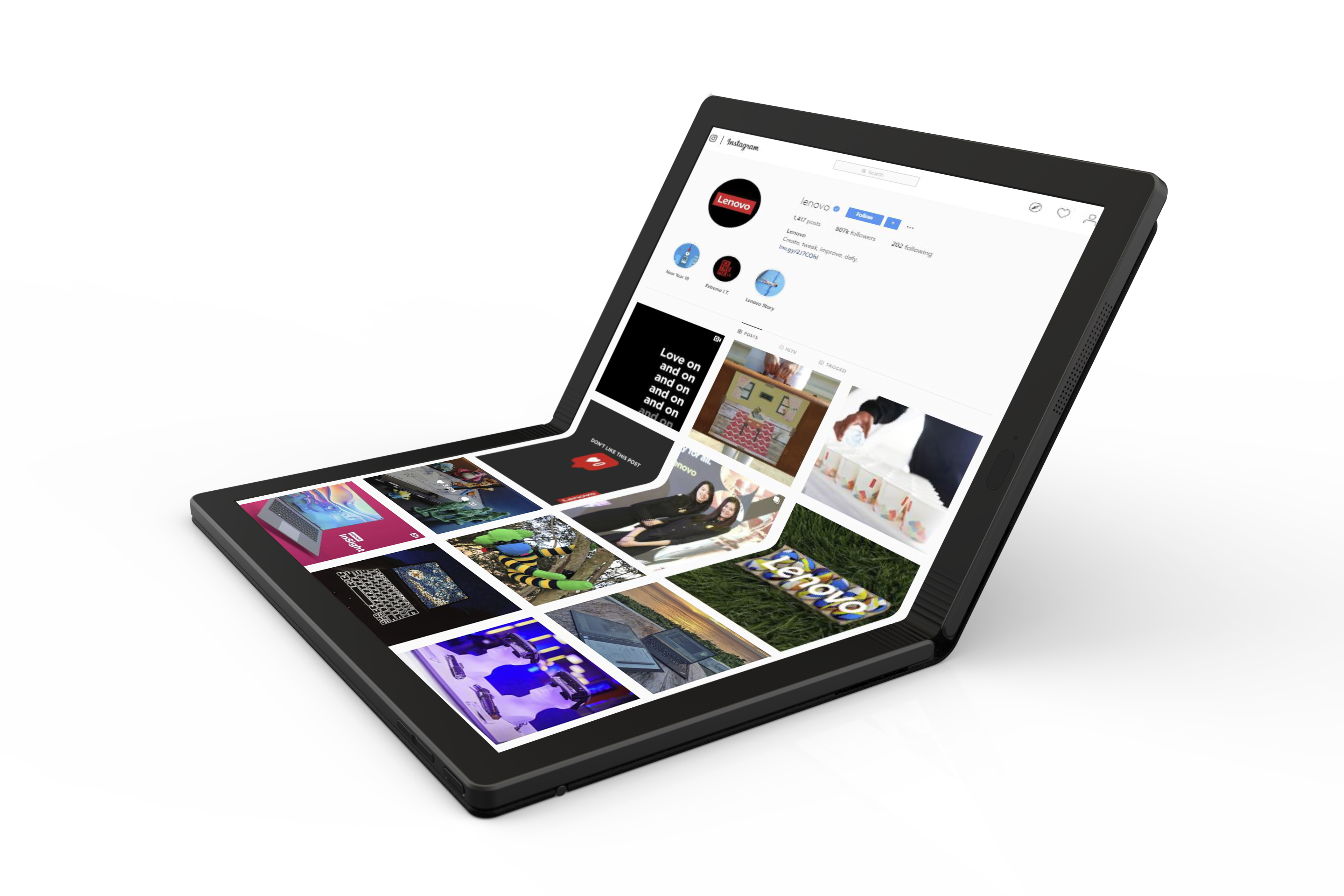 Lenovo shows off their folding screen – in a Laptop.

In a sign that the foldable screen is the technology of the future we’re now talking about Laptops with Folding screens.

This preview and demo is a glimse at a folding screen laptop Lenovo will reveal in full next year – Carrying the ThinkPad X1 name is a big deal – that’s a workhorse device through and through, so this thing has to be robust and work reliably.

The display itself is made by LG Display, proving they have the technology to fold their OLED screens which will open up a range of new markets for many manufacturers.

Featuring a 2K display that can be folded in half, Lenovo say it has uses in every part of life, from the Kitchen, the Commute, at the Office and In meetings.

My first thought was that typing on a screen would be weird, but let’s be honest, we do it on phones and tablets now – so why is this any different?

Bottom line – it’s yet another advance in technology and confirms that 2019 is the year of the foldable screen.

Lenovo shows off their folding screen – in a Laptop.