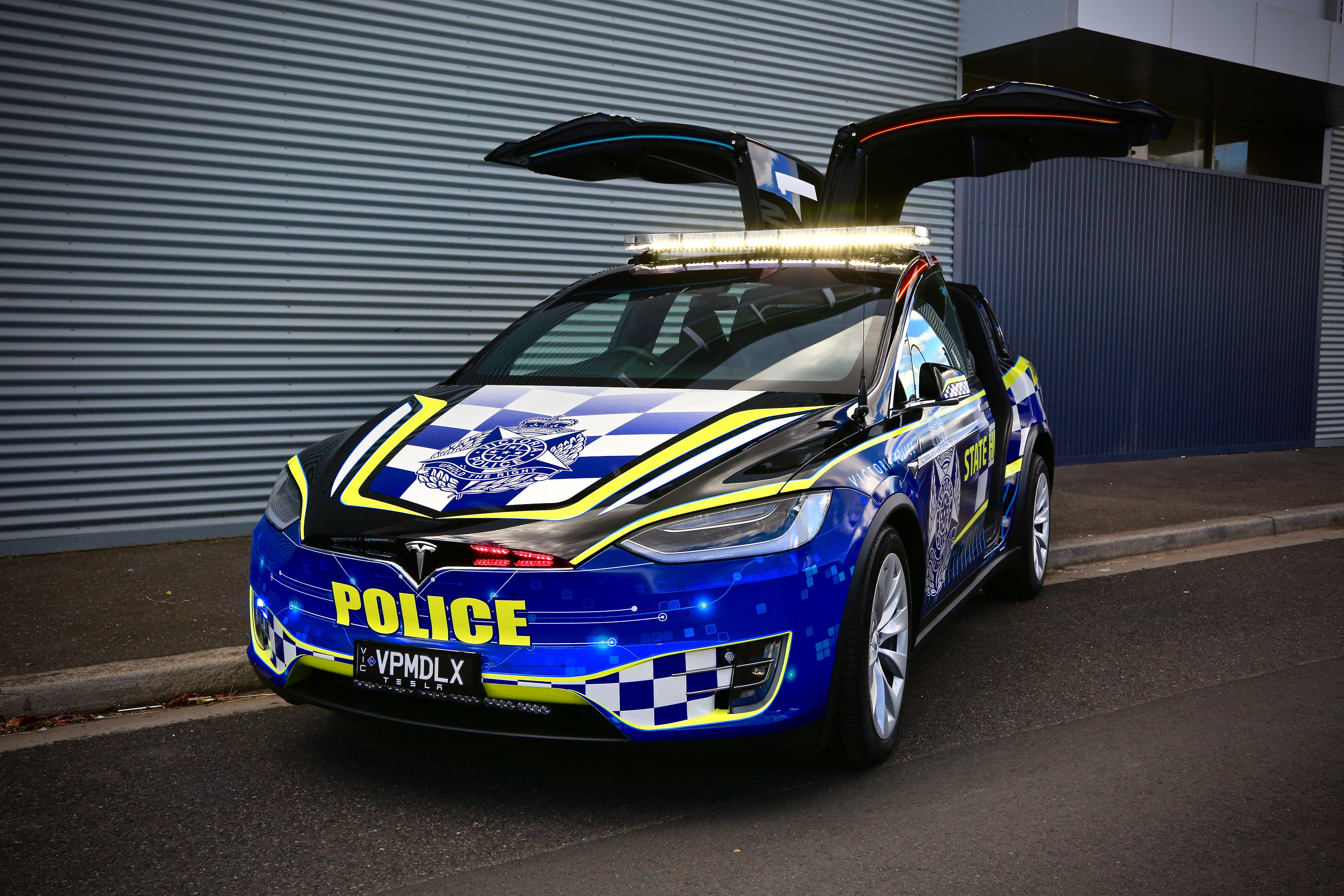 Since the end of local manufacturing Police across the country have been looking for suitable replacements for Holden Commodore and Ford Falcon pursuit cars. So far, the Kia Stinger, Chrysler SRT and BMW 530d have made the cut. But Victoria Police has thrown us a curve ball with news an all-electric Tesla Model X will enter into full operational duties, including as a highway patrol car as of today.

The Model X is a one-off at this stage and will help Victorian cops get their heads around complexities such as working with Tesla’s engineers, emergency equipment manufacturers, the department’s vehicle installation contractor and Victoria Police’s IT and communications technicians.

The ultimate plan is to integrate police software into the vehicle’s on-board system, Kia is already trailing this with its Stinger in conjunction with Fujitsu.

Victorian Road Policing Command Assistant Commissioner Stephen Leane said: “This vehicle is unlike any other Victoria Police has ever had in its fleet and could well be the future of road policing in this state, country and the world,”

“Our Highway Patrol cars are equipped with cutting edge technology and this car gives us the opportunity to investigate having these technologies in a fully integrated in-car system which has the potential of streamlining the road policing effort.

“There is also a great environmental benefit to electric vehicles and considering our State Highway Patrol vehicles travel thousands of kilometres on the road per year, we should always be looking at ways we can lessen our impact on the environment.”

The Model X will be the fastest car on any Australian police fleet. The Model X can shoot to 100km/h in just 4.6 seconds. There’s no word on just how much the Model X cost the Victorian force, hopefully they scored a discount given the Model X kicks off at $131,900