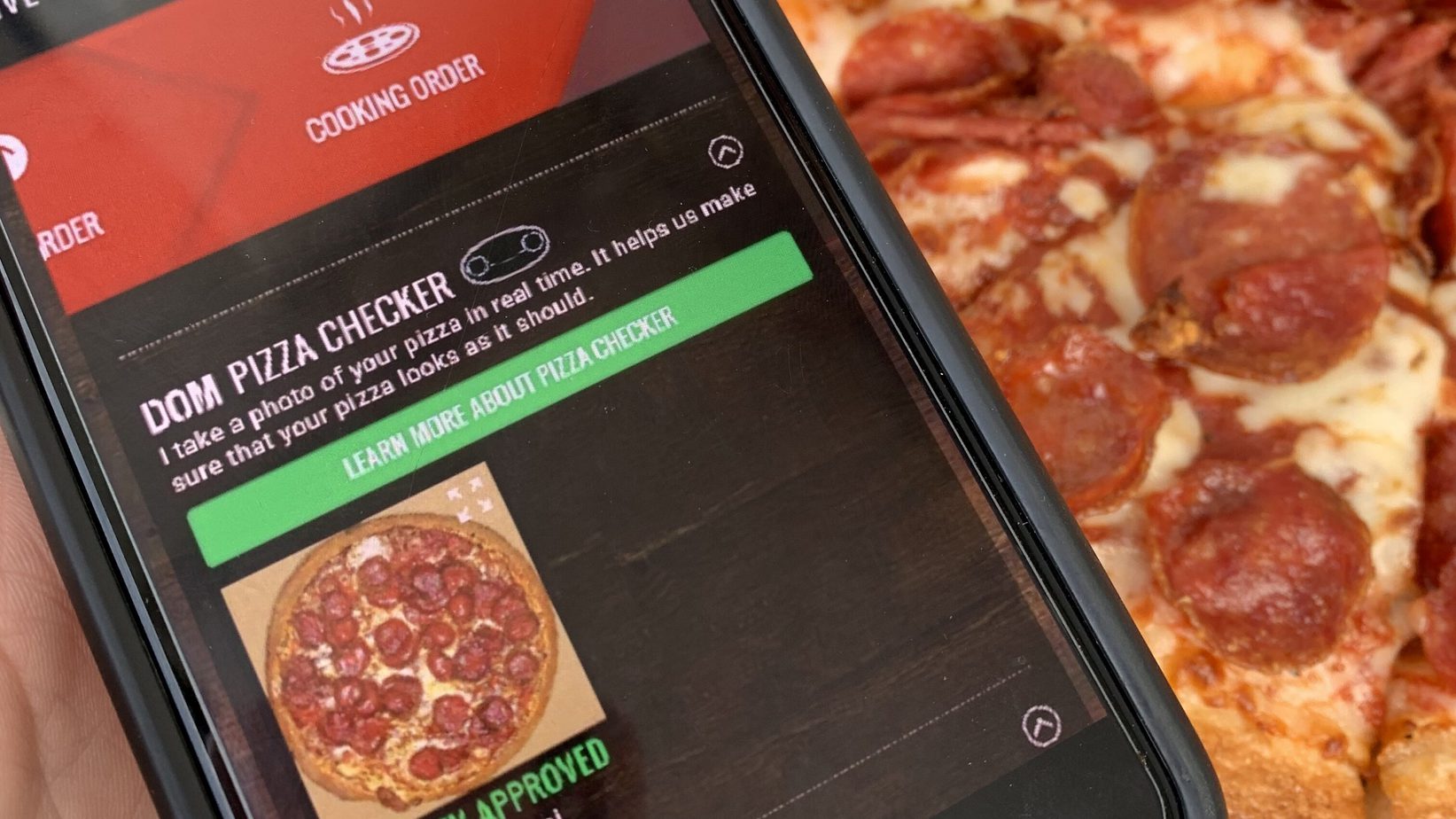 Dominio’s DOM Pizza Checker now sends you a picture of your pizza before you get it!

When Domino’s announced the DOM pizza checker – a cool bit of tech that sits above the cutting and boxing station as almost the final part of the pizza making process – it was all about checking for quality.

Now, with quality checks in place, you can now get a glimpse at your pizza yourself!

Having scanned 13 million pizzas, the team at Domino’s seem to have gotten things down pat. It appears to be working too with quality scores as rated by customers going up by 15 percent since DOM launched.

Now, having backed themselves with the technology, Domino’s is doing something that frankly I thought was going to be part of the buying process from the launch of DOM – you get to see your pizza!

Before the pizza is cut and boxed, DOM takes a happy snap, and that appears in your app – so when you walk into the store to pick it up or before the delivery driver knocks on your door – you know what it is going to look like!

“There’s nothing more disappointing than opening a pizza box to find a poorly made pizza; whether it be a lack of cheese, uneven topping distribution, or incorrect toppings all together,” Domino’s Australia and New Zealand CEO Nick Knight said.

“Our team always strive to get it right, but the reality of a busy store can sometimes mean pizzas go out which are below the high standards we pride ourselves on – and we want to fix that.

“With DOM Pizza Checker keeping an ‘eye’ on product quality, our customers can have greater confidence that their pizza will look as it should – and if it doesn’t, we’ll make it right by making it again.”

And if you want the highest quality Domino’s pizza? Head to Tura Beach in NSW, Northam in QWA, Chinchilla in QLD, Renmark in South Australia, Sorell in Tasmania or Drouin in Victoria. They are among the stores with the highest quality product scores since the DOM Pizza Checker launched!

Dominio’s DOM Pizza Checker now sends you a picture of your pizza before you get it!