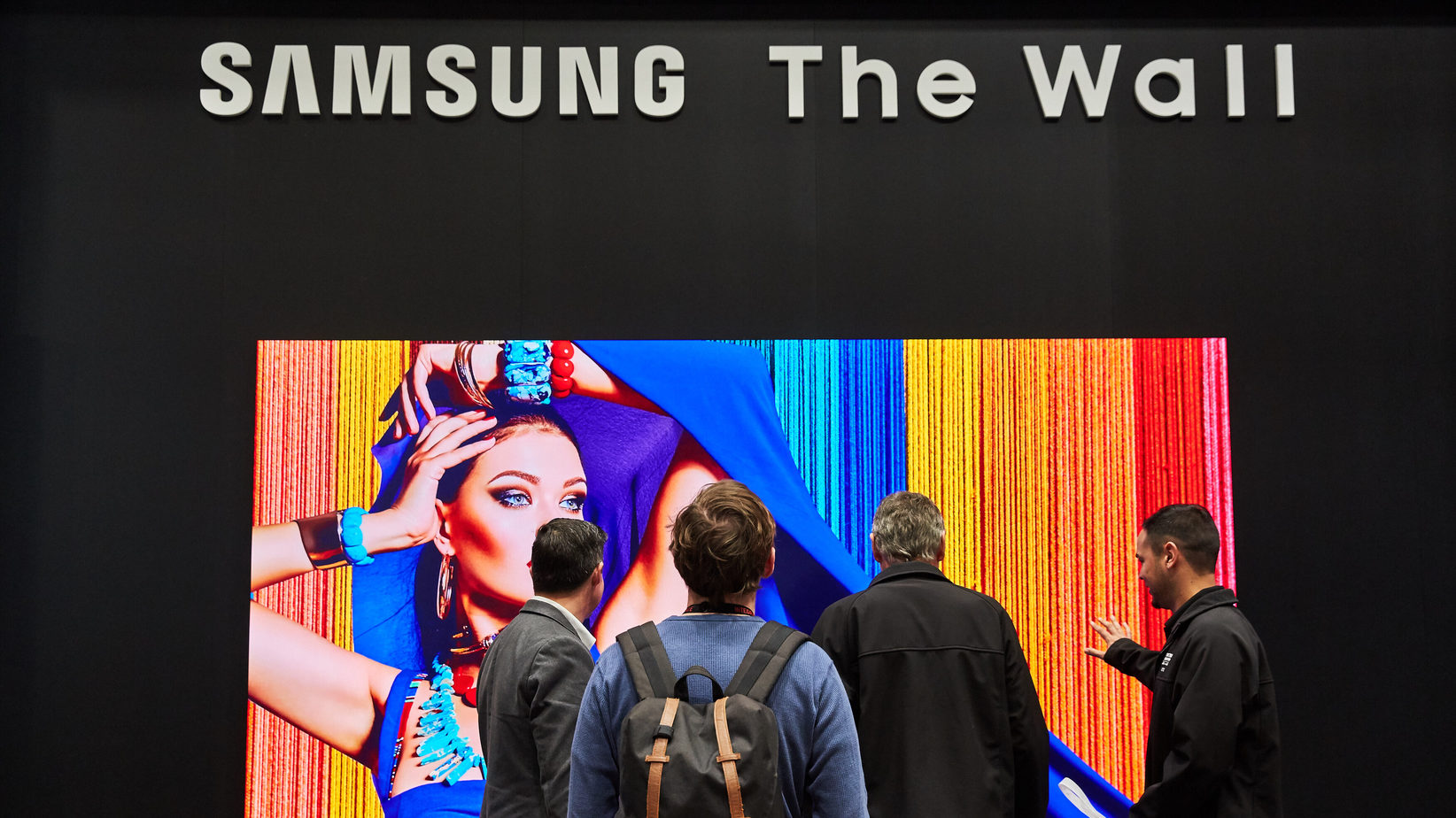 Despite first being revealed at CES in Las Vegas almost two years ago, Samsung’s enormous TV known only as “The Wall” hasn’t been seen down under – until this week, when it made an appearance at the annual Integrate AV show in Melbourne.

This is, without question a bold new era for TV – because what “The Wall” allows for is a TV to be built to suit any situation.

Sure digital signage solutions have existed for a while that use LED pixels to display information, they are everywhere now on Freeways and shopping centres. But the difference here is resolution.

Stand 1 meter from a digital sign and you can clearly see the pixels.

Stand one foot from “The Wall” and it is as impressive as most standard TVs.

I won’t even try to go into the why – that’s for someone far more technical than me – but trust me, it looks good.

The MicroLED technology is not unique to Samsung, others are working on it as well, including Hisense who showed it also at CES this past January.

It’s essentially a whole heap of small blocks of LED pixels that stack together to make the TV to suit your room.

Today, its primary use is Business. But if you have an ultra-luxury apartment and a budget to suit, I’m sure you’ll be able to twist Samsung’s arm into putting one in.

This customisable approach means you can order “The Wall” from 73 inches right up to 292 inches!

Now, time to put a lotto ticket on!