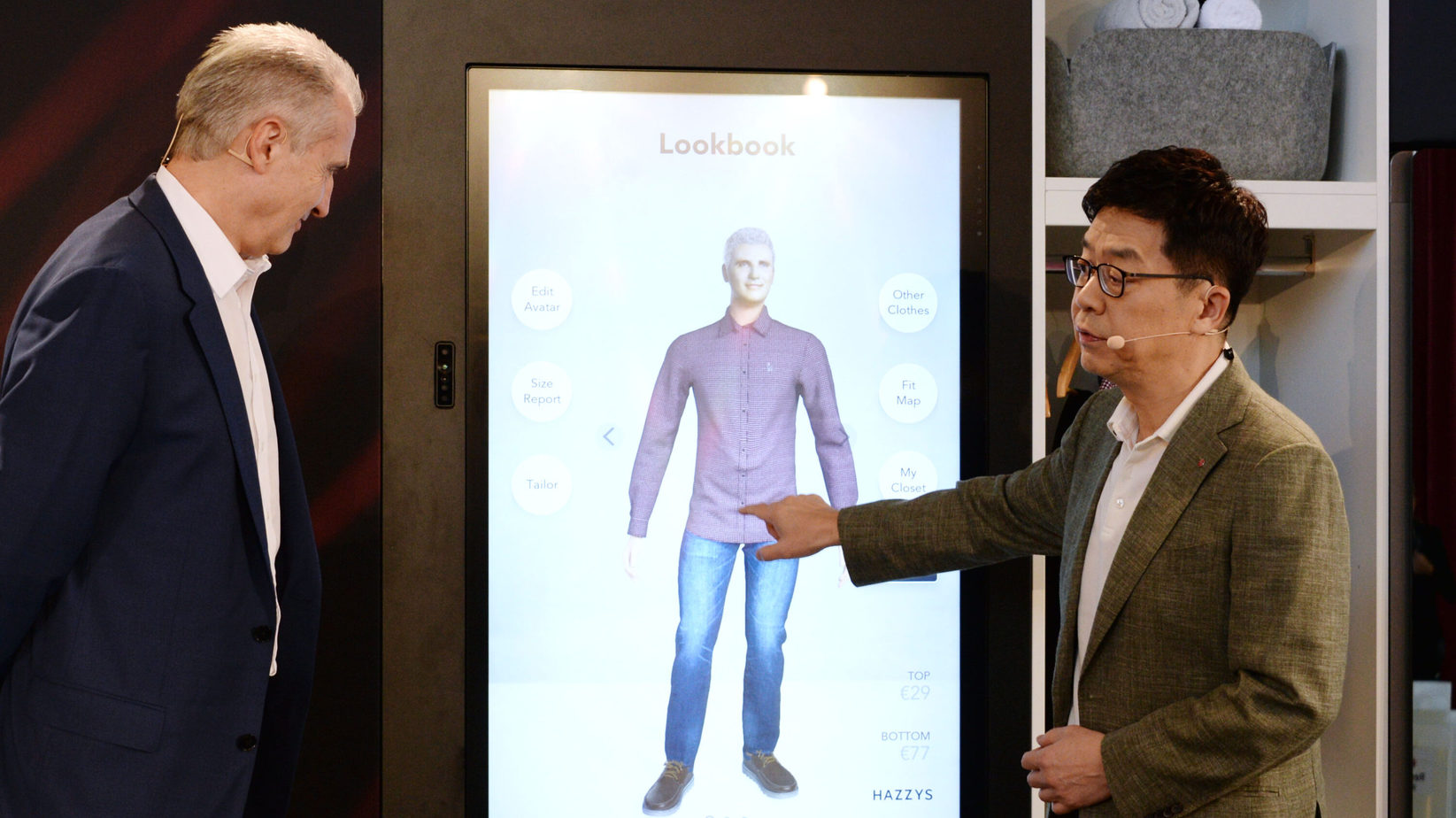 LG ThinQ Fit – the smart screen that measures you and finds the best clothes to fit.

You’re looking for a new outfit, a new shirt, or you’re trying to see which outfits match best – LG might have you covered as they look to the future with a concept called ThinQ Fit – a smart screen that can measure you.

Yep, that’s right this screen can see you – thanks to intelligent camera systems which LG are looking to incorporate into more and more smart products.

But more than that, in conjunction with a smart screen, it can literally measure you up!

Demonstrated today at IFA it was pretty impressive.

This allows you to browse online clothing stores to see how shirts match pants and vice versa. But it’s more than just pictures.

The screen builds a full 3D model of the user allowing you to look around the model to see the full outfit in place.

It can also help you choose the right size based on the camera technology – it really is quite cool.

But calm down, it’s only a concept right now. Give them time – this is the future of online clothes shopping.

LG ThinQ Fit – the smart screen that measures you and finds the best clothes to fit.