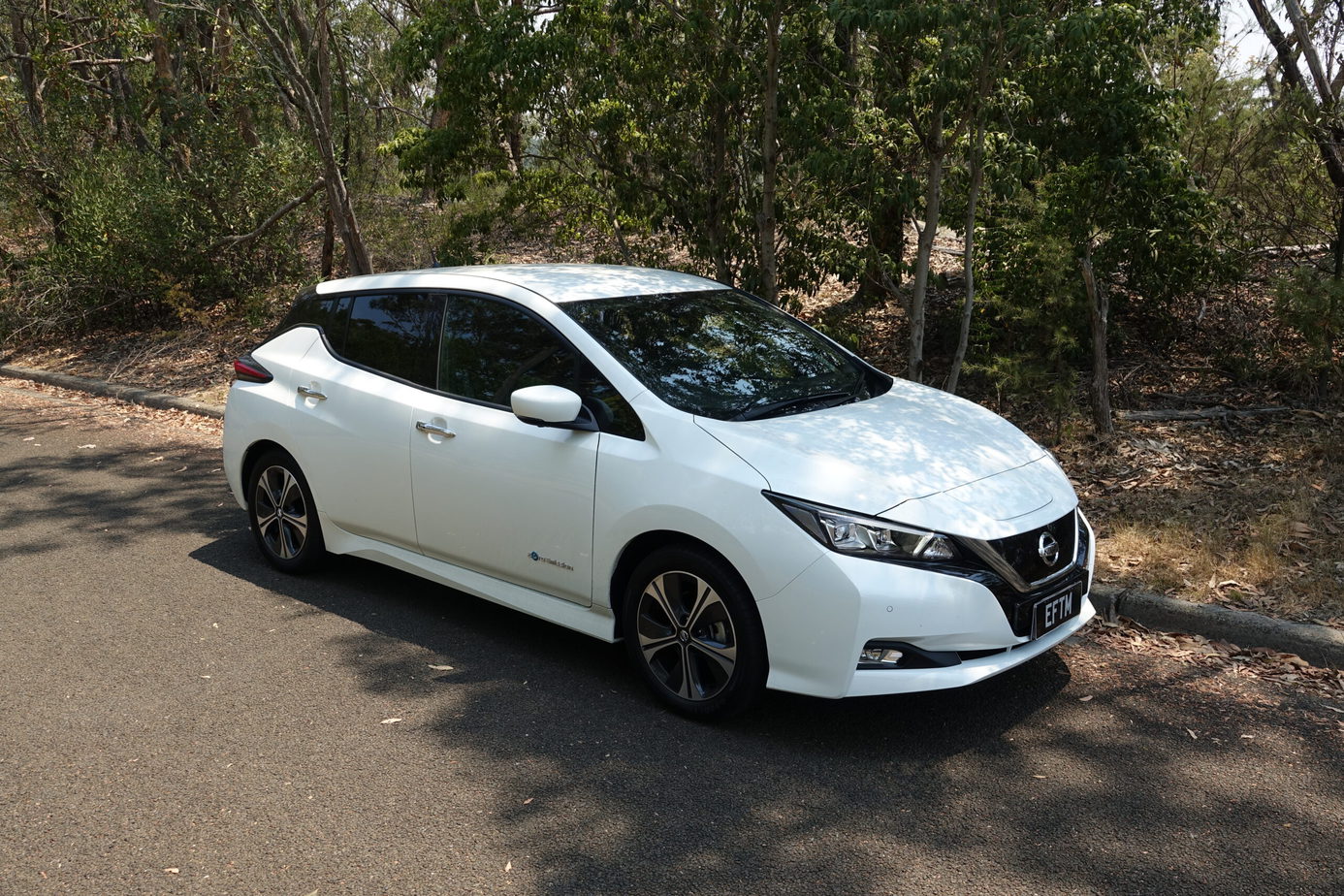 Just a few weeks ago I stepped out of a beastly petrol-powered vehicle to renew my love of Electric in the Nissan Leaf.

An electric car is not one you can easily review in just a few days or a week, you need time to understand how the car is to live with based on the unique factors involved in living electric – namely range.

The Nissan Leaf claims a range of 270km – that’s way more than the Hyundai Ioniq I drove earlier this year, and much less than the stunning Tesla Model 3.

It’s a mid-range EV, it’s “entry-level” pricing though is what would scare most away. At roughly $55,000 it’s more than you’d normally pay for a five-door hatchback of this size. Of course, that’s the biggest problem with EVs today – the price comparison on size and features to their petrol-guzzling cousins.

For me, the differential is still far too big to justify it. However, let’s put ourselves in the minds of the curious, those who hear it hum by on the road, or those who are seriously considering an EV.

My wife drove it today, was put off by the gear selector – her point – quite valid – was “why not make it like a normal one?”

It’s true of many EVs really – they do things differently because of a sense that they need to be different. In reality, they don’t.

In under three weeks, I’ve driven over 1,000km in this little beast – and it’s bloody impressive.

I’ve discovered the key to range anxiety! Stop looking at it and stop doing daily calculations.

When reviewing EVs I often take a photo of the range as the car has it, the number of k’s on the clock – then do the drive. Take photos again and calculate how right or wrong the car was in terms of the range on board.

It’s a stupid exercise in futility. 270km is a big range.

No, I have no plans to travel deep into the state on a long day road trip. I drove to the city a bunch of times, drove to the central coast once, and out to the western suburbs a few times.

Not once did the car appear to go under 50% battery capacity. Why? Because I’m driving and charging as you would if you OWNED an Electric Car like the Nissan Leaf. I’m plugging it in at home.

All that time while you sleep, your car charges.

I’ve kinda alternated between charging at home on a normal power point, or at the EFTM office where we have an ABB Wall Charger installed. It’s simple, single phase, nothing fancy there in terms of charge times.

There have even been days when I haven’t plugged in – GASP.

Honestly, it’s not rocket science. For 95% of people, who aren’t driving hundreds of kilometres per day, owning an electric car is like owning a mobile phone – plug it in when you’re day is done.

Side note, It would get to Bathurst with ease:)

The standard infotainment system here in the Nissan Leaf is miles ahead of what Nissan have across most of their fleet, which is great.

On Board Satellite navigation is easy to use, and will find you charging stations if you are looking for one, though personally I’d just install the ChargeFox app and rely on that for the latest up-to-date info.

Now and then you’ll even stumble on a charging point at a shopping centre without knowing it – bonus juice – bonus parking points.

The real upside to the infotainment is Apple CarPlay – everything you need, from the power of your phone.

Heaps of safety tech on board too with Automated Emergency Braking for forward collision alerts, standard turning and forward and reverse sensors too.

I’ll dig into all that later in January.

So there have been some issues. If I’d handed over $55k for this, it would have been back in the dealer quick smart.

The reversing camera loves a good blue screen. Probably three times out of ten uses when you flick into reverse you don’t get the camera and 360 view – just a big blue screen.

A bit of online research shows this is not unique to me – open and close the hatch seems to do the trick pretty well. I suspect a dealer visit will have a more long term fix – I’ll check that out later in January too!

I like it! Setting price aside, it’s as likable as the Ioniq, perhaps more so – I think it blends into the world well without shouting it’s EV credentials.

We’ve got it in the EFTM Garage for a few months – so we’ll see if we grow to love it.