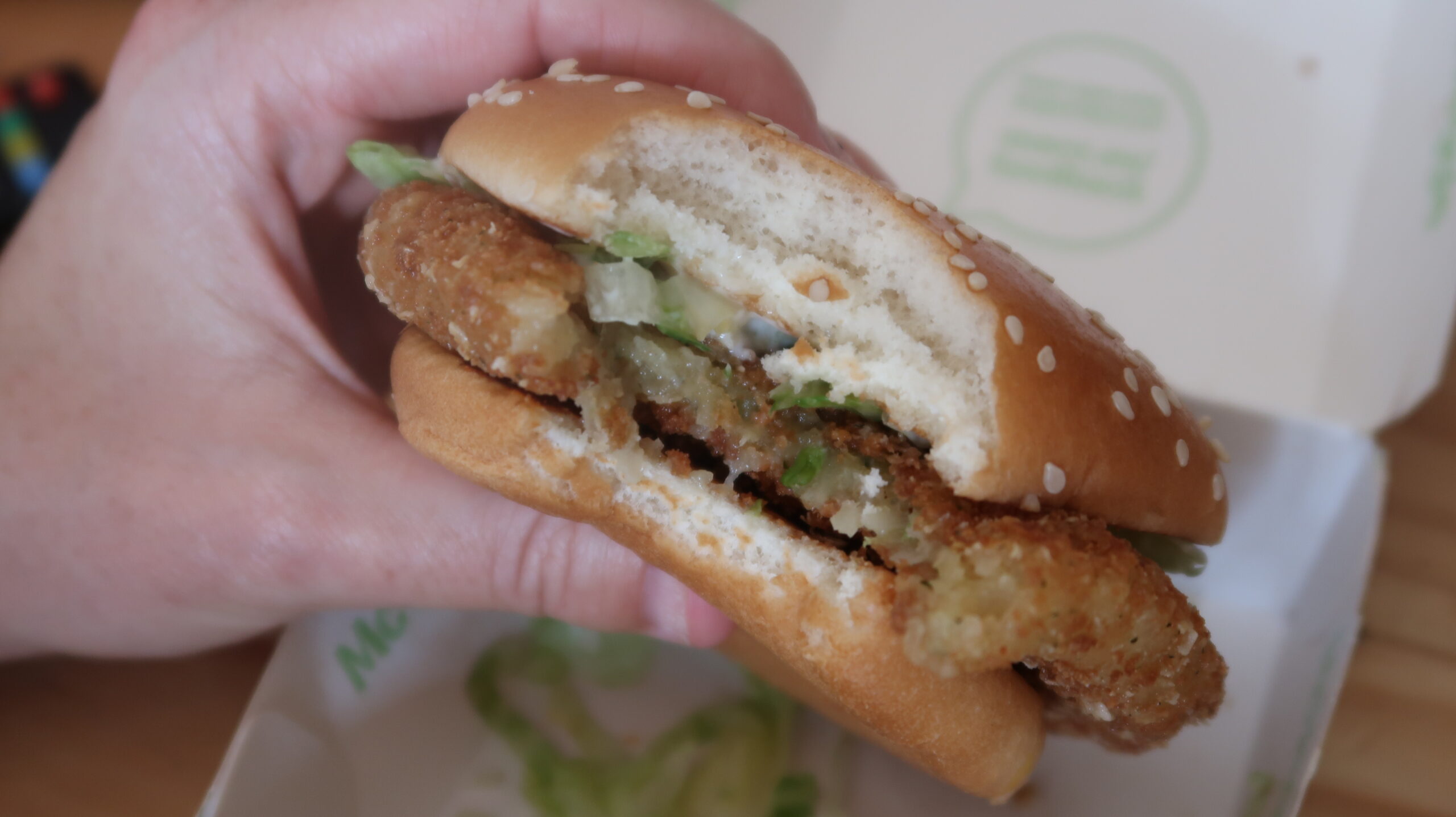 My wife couldn’t wait to tell me the “huge news” this morning – I assumed it was politics or something to do with the Real Housewives of somewhere – but no, this was huge – McDonald’s released a Vege option – with a catch.

The McVeggie burger looks and sounds like a vegetarian option, but strangely in the fine print McDonald’s say it’s not “strictly vegetarian”.

Given Amanda is vegetarian, it seemed like the perfect taste test.

Now, to be clear, Amanda is Vegetarian because she hates the taste of meat – not because of moral reasons or something like that which may be driving a huge vegan movement right now. So, it’s probably good that this is not like Impossible foods, where they’re trying to make it taste like meat, but not come from animals.

The McVeggie is made from corn, peas, carrot, onion, and potato – so – we bought one.

Jackson gave it a bite. Not bad. I even tried it – not terrible.

I went on to eat a cheeseburger and remind myself why I would eat Maccas – the meat.

The McChicken sauce seemed like a put-off to me for a Vegetarian – but in fact, Amanda liked that sauce. However, when she tried it with the ever-popular Big Mac sauce, it was even better.

Given the normal order for a Vegetarian at Maccas is a burger of choice, minus the meat – it seems strange that the McVeggie patty isn’t available as a swap option on the Big Mac – missed opportunity?

The rating from our resident vegetarian? 9 out of 10 “it’s a good burger” – but if you’re going Plant-based – aren’t you doing it for the environment? Given the amount of rubbish we just cleared from the table – that might be a stretch. Perhaps like Keep Cups, we need a Keep storage container for burgers.

Won’t that make the Drive-Thru experience even more awkward!

Perhaps not as awkward as ordering a Big Mac without the meat. Welcome to my world.