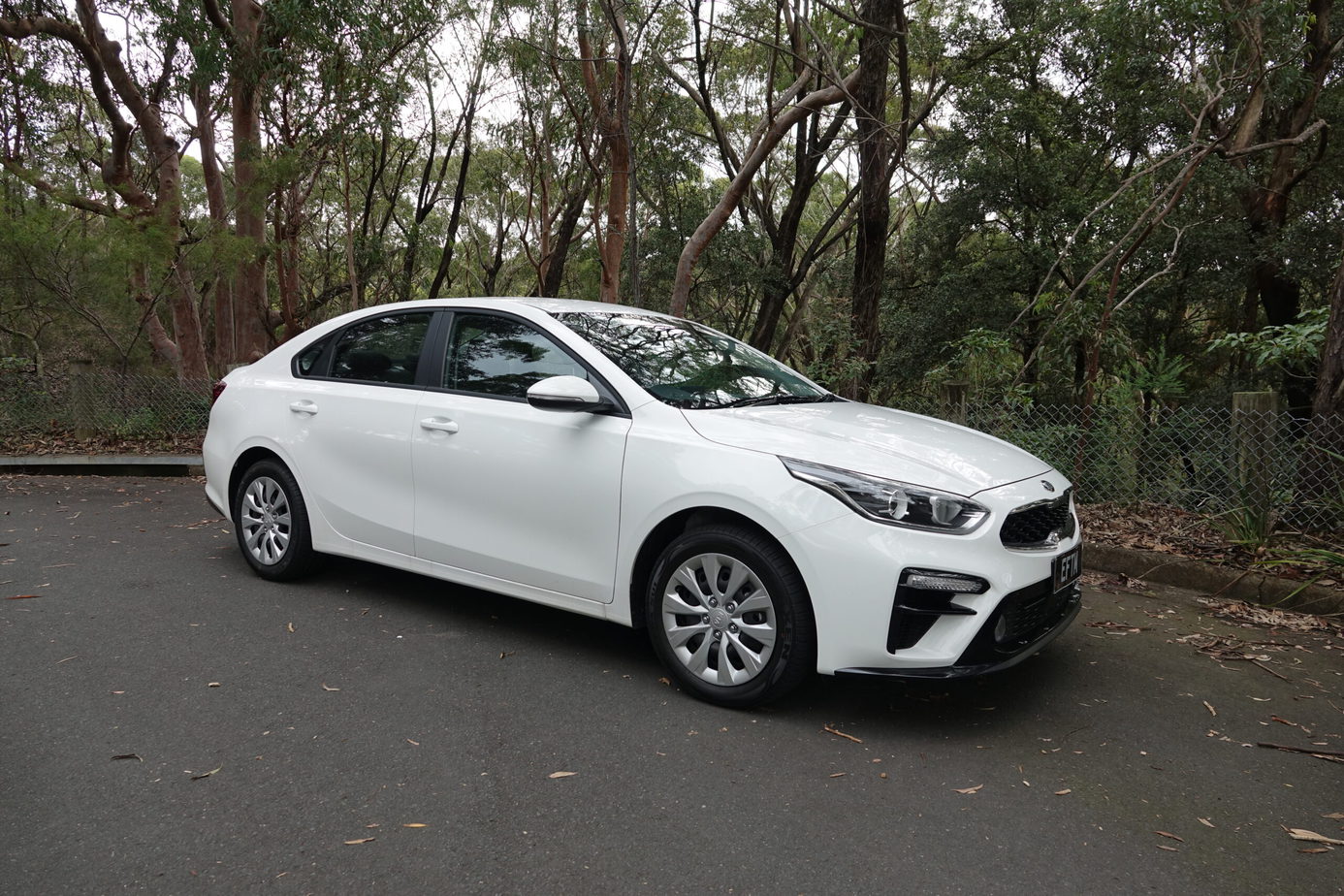 When I booked the Kia Cerato into the diary to review, it was the first of many just to re-familiarise myself with the Kia family – frankly, I never expected it would have the impact on me that it has. This is a bloody impressive car.

For that, you get a great looking sedan (the Hatch is the same price if that’s what you want), which comfortably seats four. If you have smaller kids, out of the child restraints, three of them will fit with ease, though as more than one of them hits teenage size that’s going to be problematic. (thus, I’m buying a Carnival).

The driver’s side view is impressive. This is not a premium interior, but by golly it’s a nice one – nothing you can complain about at all. Shiny black contrasts a thin line of brushed metal “look” off the standard black dashboard and trim. I like it. Nice lines, well laid out.

Sticking up center is am 8-inch touch screen which allows Apple CarPlay and Android Auto, and while I’m sure the Kia infotainment is great, I was locked on Apple CarPlay the whole week, while also using the AM/FM and DAB+ digital radio.

Driving the manual was surprisingly great, I’ve hated manuals of late because I’m getting old and grumpy, but it wasn’t a hassle at all – I’m a bit sloppy after a few years addicted to Auto, but I got it done with ease.

It felt like a smooth drive, the steering was light while still feeling connected and overall frankly it was one of the better weeks behind the wheel that I’ve had in a while.

Pop that boot – oh, wait, this is my big negative about the car. I couldn’t pop the boot from the boot. You have to use the key, or the flick handle on the driver’s side floor. Why not button? Or did I just miss that?

The boot is big, like, way bigger than a Kia Sportage, plenty big enough for all your family gear – seriously surprising.

But the real surprise were the standard inclusions.

Things I’d normally expect to see in the higher up models. Now as you go up the Cerato range there is Wireless phone charging, JBL Speakers, Radar Cruise Control, and a few nifty design features.

But, on this car was Lane-Keep assistance, Blind spot alert, rear cross-traffic alert, Autonomous Emergency Braking – it’s got it all.

I wrongly added a graphic in my video saying it has Radar Cruise, that’s only on the auto version.

But seriously, are you kidding me? How great is this? $21k give or take, and you’ve got a very well equipped vehicle with all the best safety gear as standard, bucket loads of room, and good looks. She’s the whole package:)

Loved it, can imagine one for our driveway that’s for sure.