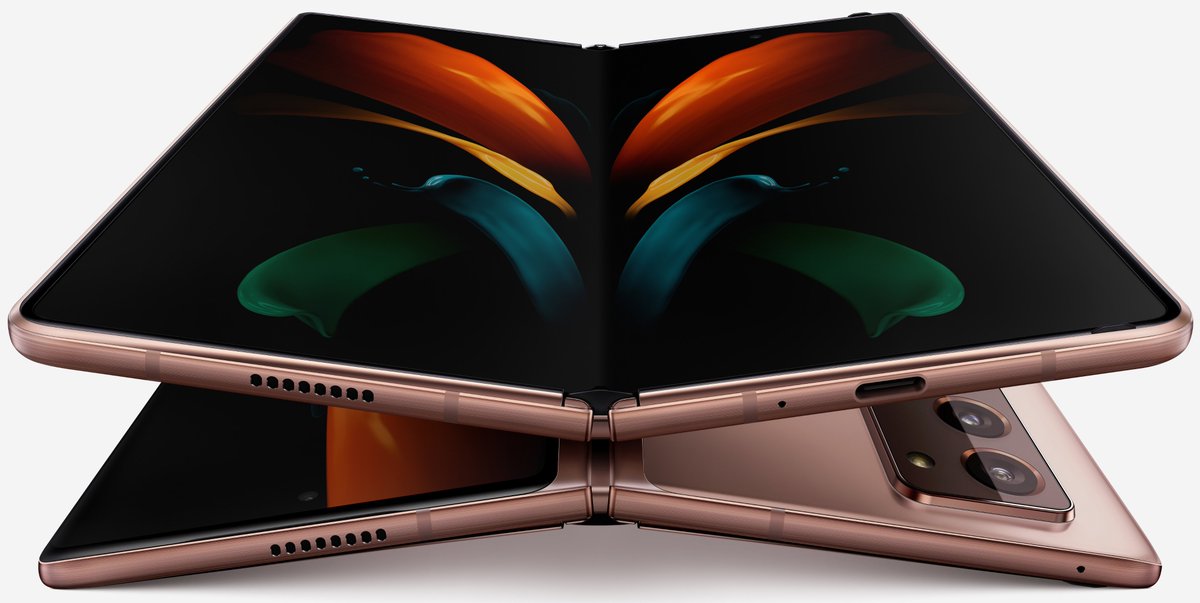 I don’t think we need to go over again what happened with the Samsung Galaxy Fold last year do we? Not since we’ve now got a glimpse at it’s successor, and it looks the goods.

Announced first, this was the pioneer of Folding phones. Huawei smashed them with design, then Samsung tripped at the first hurdle with the release.

But it finally made it here, and it wasn’t much to my liking.

Could the Galaxy Z Fold 2 be different? It seems so.

Primarily because the cover screen is no longer useless. It’s a 6.2 inch screen inside unfolded is a 7.6 inch screen – both larger than the original, the front by a long way.

Coming in the new standout Mystic Bronze as well as black, it’s again all about fashion here with the Z Fold 2.

No word on when we’ll get it – but it will come, and it won’t be cheap.