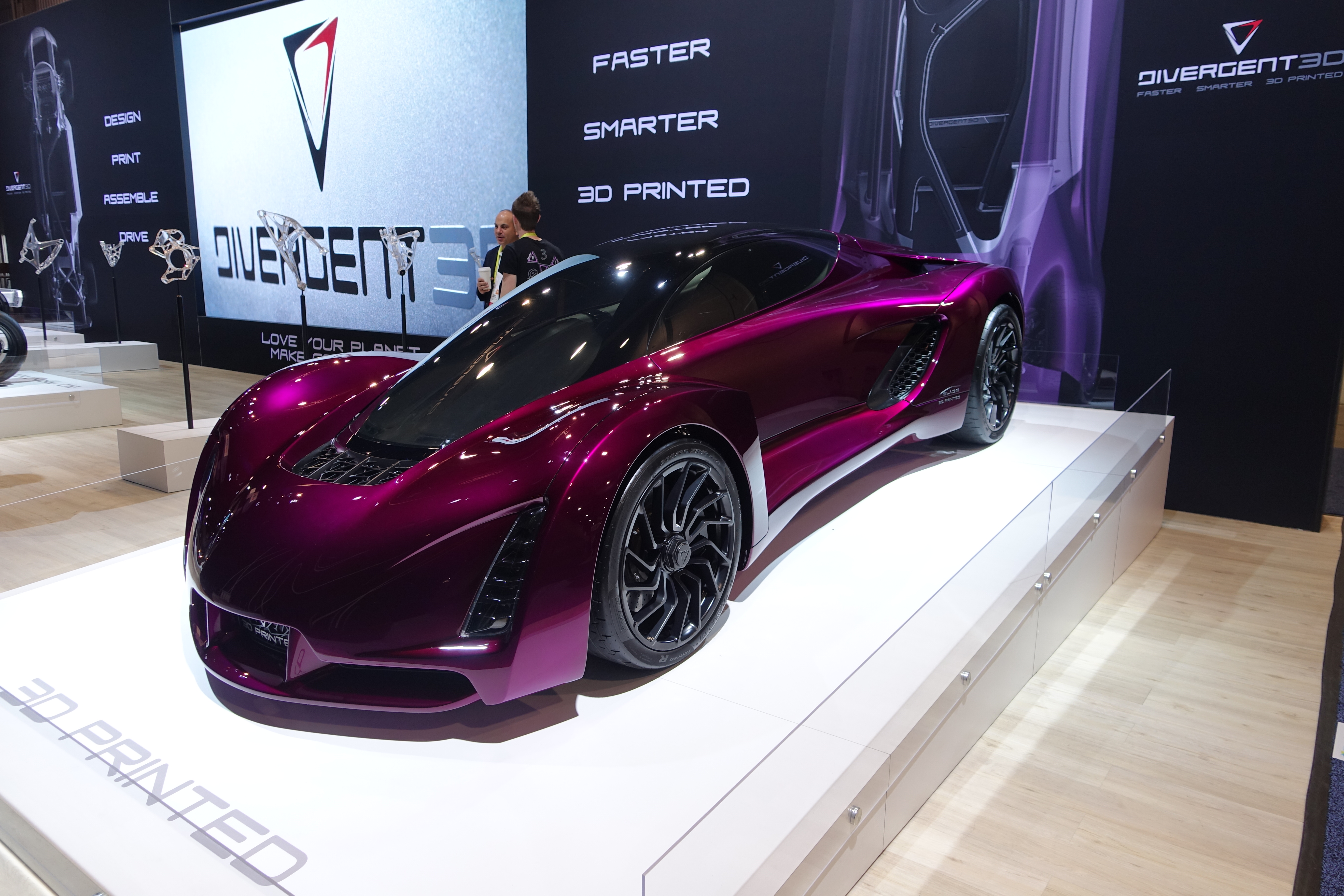 The folks at Divergent 3D certainly created a buzz with their stunning concept car the Blade here at CES.  Tucked up the back of the North Hall where the car companies are all found, their bright stunner really got some attention.  But what’s it all about? 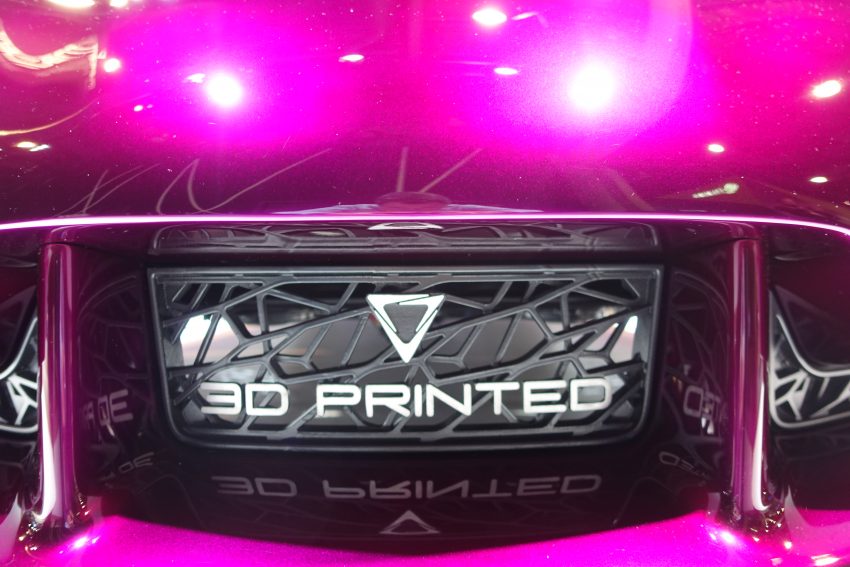 Divergent aren’t going to be making cars.  You’ll never see the Blade on the road.  What Divergent are into is eco-friendly manufacturing.

They feel strongly that while we all talk about the “tail-pipe” emissions as a measure for how eco-friendly a vehicle is, the real test is in the end-to-end manufacturing, driving and disposal. 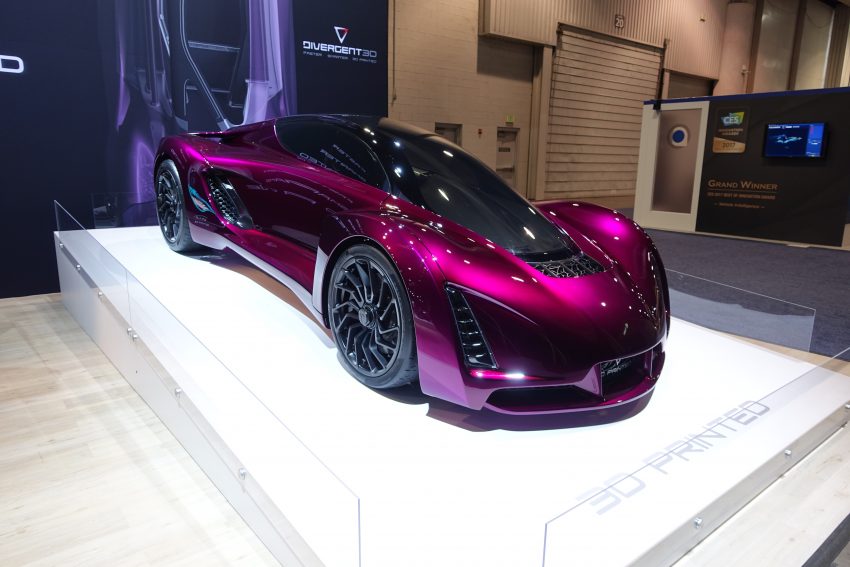 Vehicle Manufacturing they feel is currently done in such a way that costs more to the environment than is necessary, and believe their 3D printing technology could solve that, at least in part. 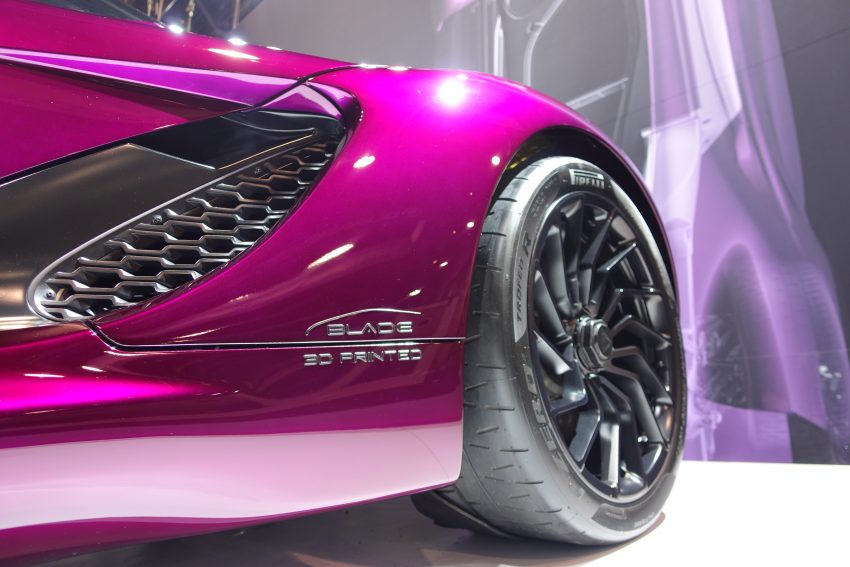 If they were to just pickup a contract to produce or supply machinery to produce a fraction of the parts one of the big manufacturer needs – this could pay off big time. 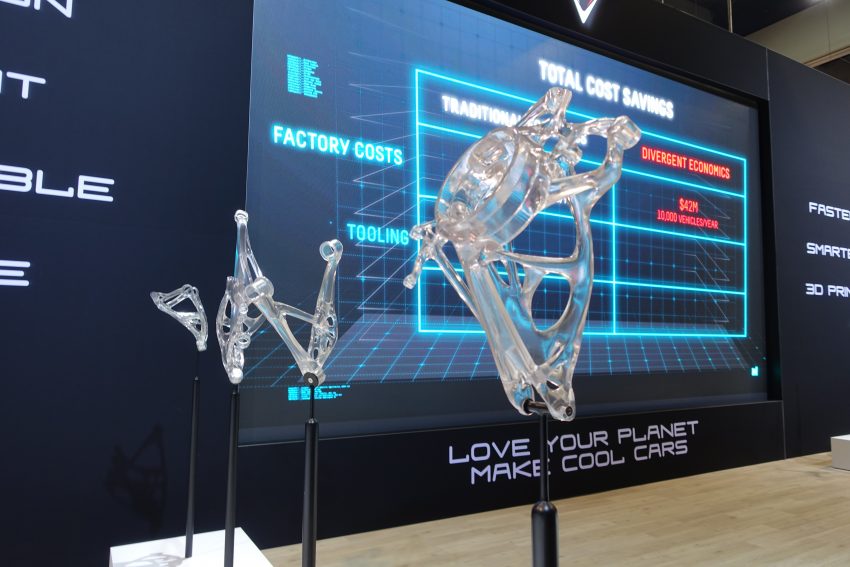 However, there’s going to need to be some rigorous testing to determine the true strength and life of the components parts and bits they make, plus to ensure it can be done in the same timely manner or faster than traditional manufacturing. 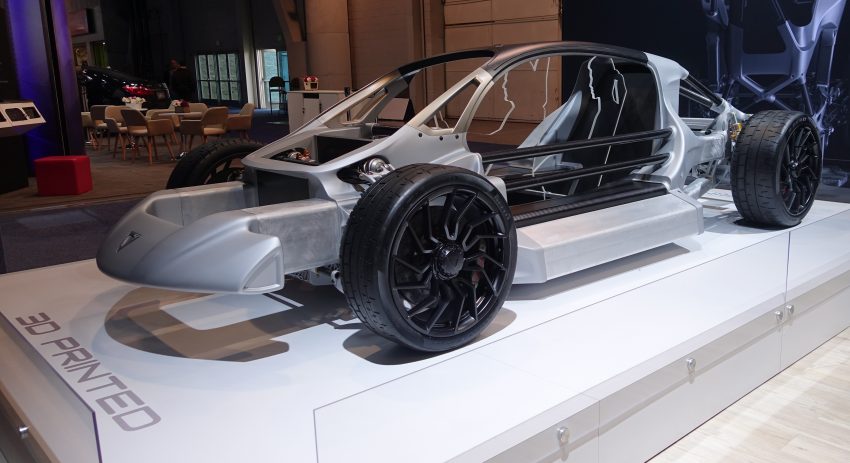 Good luck to them – and wow, what a stunner the Blade is 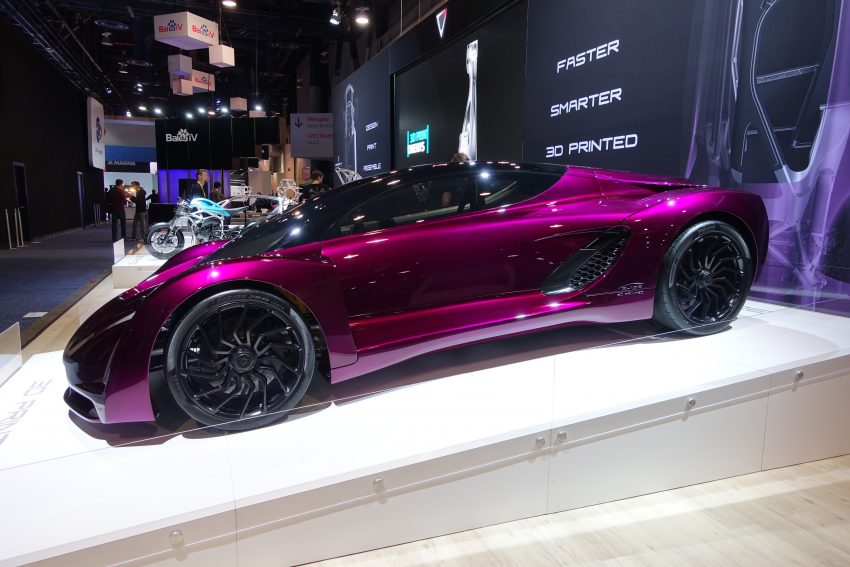