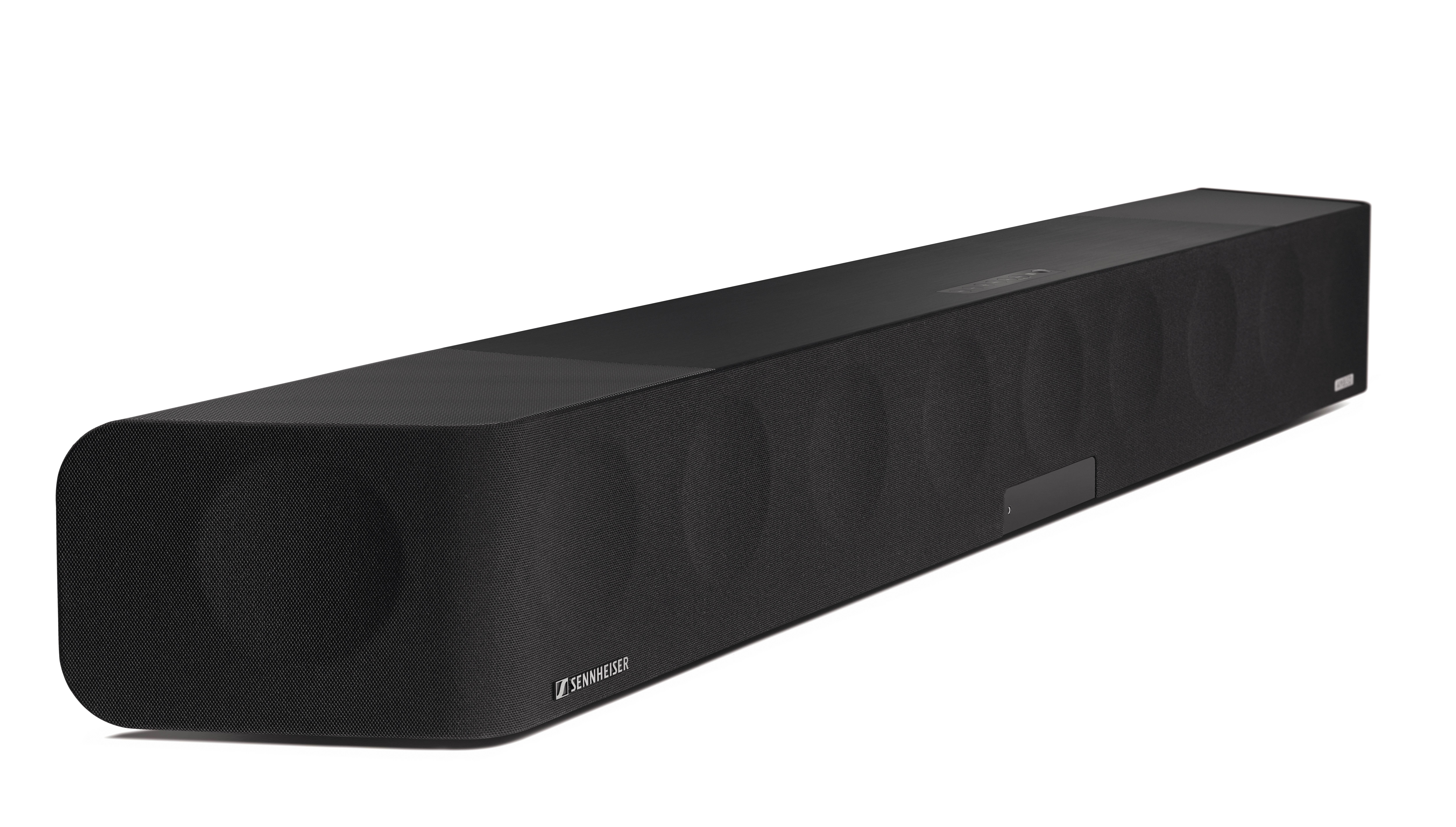 To sit in a controlled, sound deadened room to sample a soundbar is probably not the best way to judge the merits of such a product. But when the opportunity to do just that arose at the Sennheiser booth here at IFA 2018 Berlin, I’ll admit I was pretty dam impressed.

The AMBEO Soundbar is the latest product developed under the AMBEO trademark for 3D immersive audio. Capable of producing 5.1.4 sound it bounced a combination of sports, classical and pop music all around the aforementioned room.

All you need is the rather chunky soundbar itself, there’s no additional subwoofer. Powered by 13 drivers and cutting-edge virtualisation technology the AMBEO certainly brings to the table some serious HiFi cred.

The immersive sound effects are optimised for whatever room you place it in via an automatic calibration feature. The AMBEO supports 3D audio formats Dolby Atmos, MPEG-H and DTS:X. ‘Upmix Technology’  essentially upscales straight stereo and 5.1 content into a full-blown 3D sound experience.

I walked away pretty bloody impressed to be honest. The AMBEO will be available in Europe from early 2019. We will let you know about Australian pricing and availability at a later date.