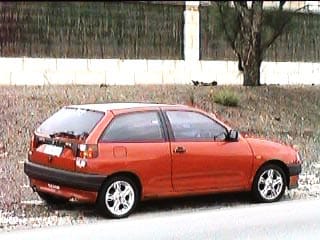 What does your car history say about you? An EFTM case study

People often say the clothes or shoes one wears says a lot about that person. This may be true, walk around Glebe in Sydney and obviously you’re going to judge someone when they’re wearing a hessian bag. But what about cars? I reckon they’re the ultimate indicator of personality, ego and status in the world. I thought we’d take a walk through some of the car’s members of the EFTM family have owned. Plus, most importantly what does it say about each of us. Let’s start with me and our Dictator Trevor Long.

My first car, a hand-me-down from my Dad who worked at Brian Hilton Toyota on the Central Coast. I’ve no doubt he pulled a rort on it, he taught me well God rest his soul. It was the CSi model, I used to dream about the top of the range Avante variant, but it wasn’t to be.

The 2.4-litre electronic fuel injected four-cylinder was a real flyer, at least in the late 90’s when I got it. Plus, it was rear-wheel-drive. With no traction control you can imagine what driving in the wet was like back in the day. I still reckon it’s a bit of classic, I love the box shape and rectangle headlights and taillights. Its aerodynamics were not a highlight, acting like a big parachute at highway speeds.

I was a lazy teenager who needed a job to buy something far more prestigious.

Hey, I got a job at a big radio station and started working seven-days a week, call it delusions of grandeur but it was time for me to go Euro. It was the year 2002, in I walked to an establishment that was better at scratching out VIN numbers then selling reliable cars I suspect. The non quattro Audi 90 was a gleaming dark blue, perfectly detailed and had me written all over it.

I put down a small loan and off I went in my 2.3L five-cylinder $13,000 luxury car. Five minutes later when I arrived home, I noticed smoke coming from under the bonnet. I rang the dealership to be told “Oh don’t worry mate, I just spilt some oil on the engine when I topped it up, it will burn off”. Seemed legit, to a 22-year-old dope.

Long story short but that car cost me over 8K in repairs, including new front suspension top mounts, exhaust, reconditioned transmission and new gaskets. I’m pretty sure to this day there’s still an oil slick stain on Showground Rd, Gosford after the entire contents of the oil tank somehow escaped from the exhaust.

What did this car say about me?

I was a dickhead who wanted a prestige brand without paying a prestige price. It was my superficial stage.

Yep I bought a new Maxima, about 35K at the time. Buy hey the 2004 model looked like a bloody Merc or BMW from some angles, it had come a long way from having that whole boring Toyota Avalon look going on. This car had one of the World’s best V6 engines, literally. The 3.5-litre VQ V6 was named one of Ward’s 10 best engines, 10 years in a row at the time. Ward’s is an annual list put out by the American publication Ward’s AutoWorld.

Let me tell you I made full use of that 170kW/333Nm and four-speed auto, thankfully this is before they whacked in a CVT. In a straight line the Maxima would smash any Commodore or Falcon V6. A fact that I proved so often the engine eventually tore off some of its engine mounts.

But there was a problem, despite meeting my luxury (it had a faux wood dashboard) and performance requirements. It couldn’t go around corners very well, in fact it was about as stable as a waterbed. After being heavily damaged by hail it was time to farewell HMAS Maxima and go for something with some more grunt.

What did this car say about me?

A 24-year-old bought a brand-new Nissan Maxima. It’s either a case of an old head on a young body, or he’s just a dork.

Yeah baby this is around the time I started reviewing cars. I drove the new SS VE Commodore and was sold. It was an Australian designed and engineered masterpiece. So out I went and traded in my repaired Maxima for 15K and purchased a brand-new Holden Calais V V8. It had 20-inch wheels, black tint and a cream interior. Again, see the luxury / performance theme here? The 6.0-litre V8 produced 260kW/530Nm via a pretty crappy six-speed auto. But in my wild days that didn’t stop me breaking the world land speed record in a very remote part of Australia, I have no further comment regarding this.

But over the course of about two years I was rear-ended three times, one bad enough to set off the seat-belt pretensioners. I was stationary each time too, I blame the curse of an ex. So once again it was trade in time.

This kind of lairy purchase at 28 showed I had no regard for money.

Look this is not an easy one to explain. But you buy a house 60km’s from the city and see how you go commuting in a V8 back and forth each day. Plus, I’d like to think I was now entering a more mature stage of life, sensible, considered decisions were to be made. Plus, I knew this new Australian made Camry was about to become a massive hit, with cab companies anyway.

But to this day, what is now my wife’s car with 157,000km on the clock hasn’t missed a beat, not one drama over eight years. Yes, once again I went for the “luxury” model and forked out 45K but thanks to a three-year interest free introductory deal I was able to own it quickly. After Toyota claimed my two-year-old thrice rear-ended Calais for 20K.

I’d matured and had the foresight to buy one of Australia’s best locally made cars ever. Yep I said that.

Trev has a tad of Spanish in him I reckon, he’s very annimated at tomea. So I kind of get how he needed something Spanish early on. The Seat while still distinctively Spanish is in fact owned by the German Volkswagen group however. I’m told it had go-kart like handling and was a sheer thrill to drive. Most Seat’s in Australia were given away by Larry Emdur on The Price is Right.

He was an individual, perhaps a tad special. In a good way.

I once was given this car to drive for several week as part of a radio promotion. I can see why Mitsubishi allowed the station to giveaway 15 of them in 15 days.

My only explaination for this purchase is that Trevor fell on hard times. Sure, it has a spoiler so perhaps he felt like he was driving an Evo? Anyway, it’s a crap car and clearly he was at some kind of crossroads in life.

Like myself Trevor leans towards the finer things in life, owning a German brand is high on the list of many car lovers’ priorities. Previous generations were a bit hit and miss on the design front, but I think most people would think this is a universally good-looking car.

The entry level BMW was the easiest and cheapest way for Trev to show the world he was no Seat driving loner and had come to his senses after the Lancer fiasco.

Upgrading just two years later indicates to me two things, he was hooked on the refinancing rollercoaster and wanted the better, cleaner looks of the slightly facelifted 2002 model’s headlights and shark fin antenna.

Trevor is starting to show signs of impulsiveness. It’s about the time I meet him, it was one of many emerging faults.

During this period of time Trevor remarkably got married and procreated. Plus like all German cars the 2002 318i expired prematurely. So along with developing a Dad body Trevor bought a Dad car. One that would accommodate his flock. I applaud him for keeping the station wagon dream alive, instead of going down the SUV path.

There’s still a hint of pretentiousness with this purchase, the Berlina was the halfway house to a Calais. As for the International tag, I doubt Holden wouldn’t even know what that means.

Look this is simple and I’m no homewrecker, Trev had to hand over the keys to Commodore for his wife. As a result, he copped her shitbox.

He’s evolved from being somewhat self-centred in a car sense to purely being under the thumb.

As above, except a mighty fine car. Capable of handbrake skids and cornering like a boss. Also, the first Mazda 2 in Australia to be retrofitted with AppleCar Play. Trev has some pull.

He used to drive a BMW now this is his daily drive. Enough said.

In the next instalment I’ll tell you about our intern John and his car adventures, for a 21-year-old is a purely shocking story thus far. I’ll then let you know about our kitchen hand Flipsy, who has owned more cars than Imelda Marcos owned shoes.

What does your car history say about you? An EFTM case study