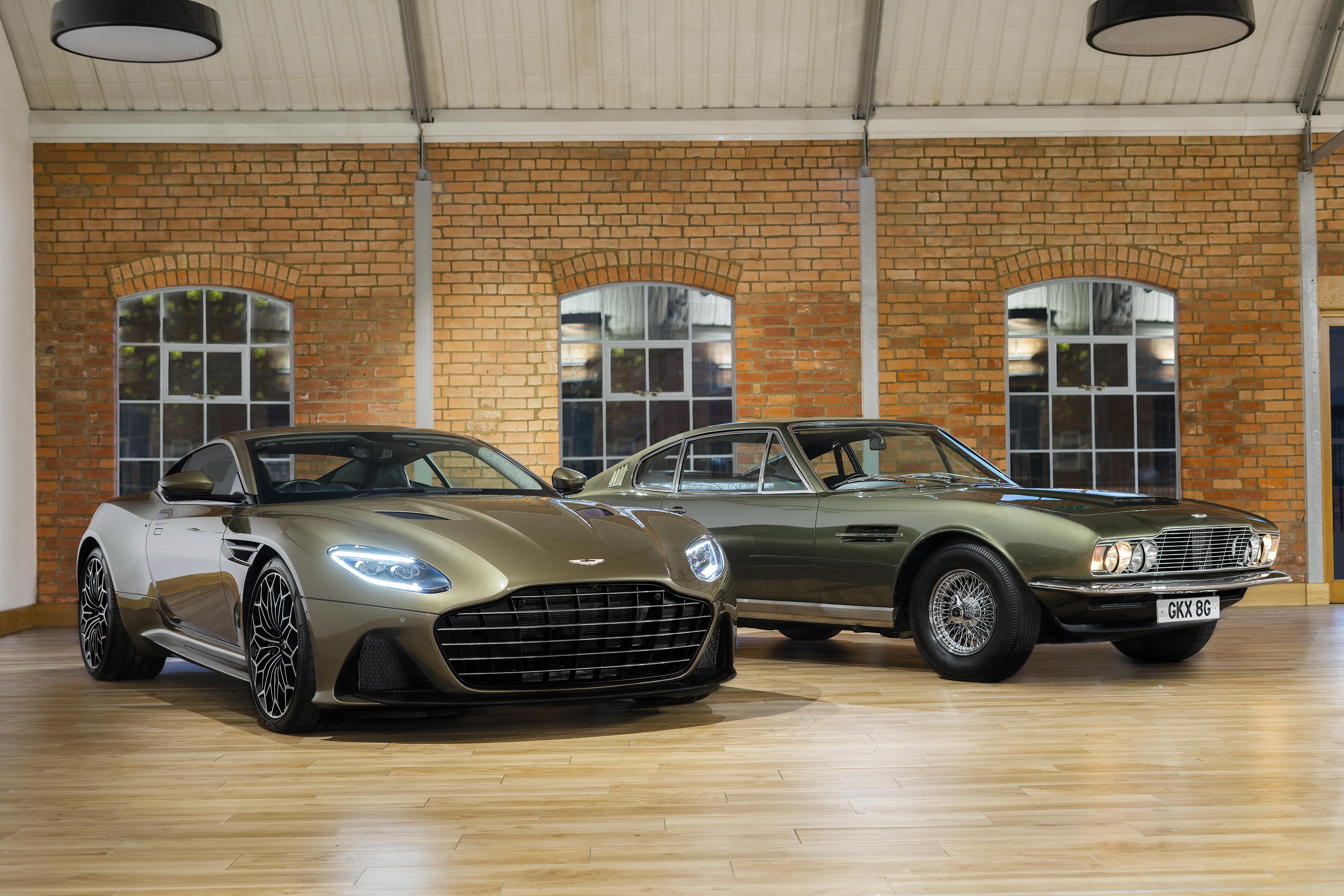 Right now, there is a red Aston Martin sitting in the EFTM HQ driveway and to be frank I’d rather be in that, than at my desk. But to further compound my problematic work ethic I’ve been informed about the new Aston Martin DBS Superleggera.

This car has been designed to celebrate the 50thanniversary of the James Bond film On Her Majesty’s Secret Service. As a result, just 50 of these DBS Superleggera special edition cars will land in driveways globally.

To properly respect the James Bond 1969 Aston Martin DBS it will be painted Olive Green, just like the original. The DBS Superleggera is the brand’s GT model with a thumping V12 up front.

Andy Palmer, Aston Martin Lagonda President and Group Chief Executive Officer, said: “Aston Martin is synonymous with James Bond and the DBS from On Her Majesty’s Secret Servicehas provided great inspiration to the team tasked with creating this very special edition. This new DBS Superleggera will be an extremely distinguished ‘brute in a suit’, designed to capture the essence of the iconic DBS from the 1969 film but with a 5.2 litre twin-turboV12, 715bhp (533kW) engine!”

The 5.2-litre twin-turbo V12 engine just like the Vantage is positioned as far back as possible to aid weight distribution. It also packs a truck-like 900Nm of torque between 1800-5000rpm.

Those 12 cylinders have been carefully tunned along with the exhaust to produce a powerful dollop of sound, while still maintaining some bedside manners given it is after all still a GT car.

The special edition DBS Superleggera distinguishes itself via extra carbon fibre, a splitter, aero blade and unique diamond turned and forged wheels. The front metal grille has six bright horizontal vanes which is the most obvious nod to the original DBS.

Inside is a fair wack of pure black leather, blended with fine Alcantara. The driver focused cockpit features red highlights, inspired by the red trimmed glovebox in the original car, one that of course held 007’s telescopic-sight rifle.

Aston Martin Vice President & Chief Creative Officer Marek Reichman said: “Creating a James Bond special edition is always an exciting challenge as we work to create a car that embodies the legend of James Bond, and the original movie car. The DBS Superleggera is a muscular car that commands attention, but the Olive Green gives it a subtlety that belies the beast beneath.”

The On Her Majesty’s Secret Service DBS Superleggera special edition will go on sale alter this year for around $553,630 Aussie dollars.