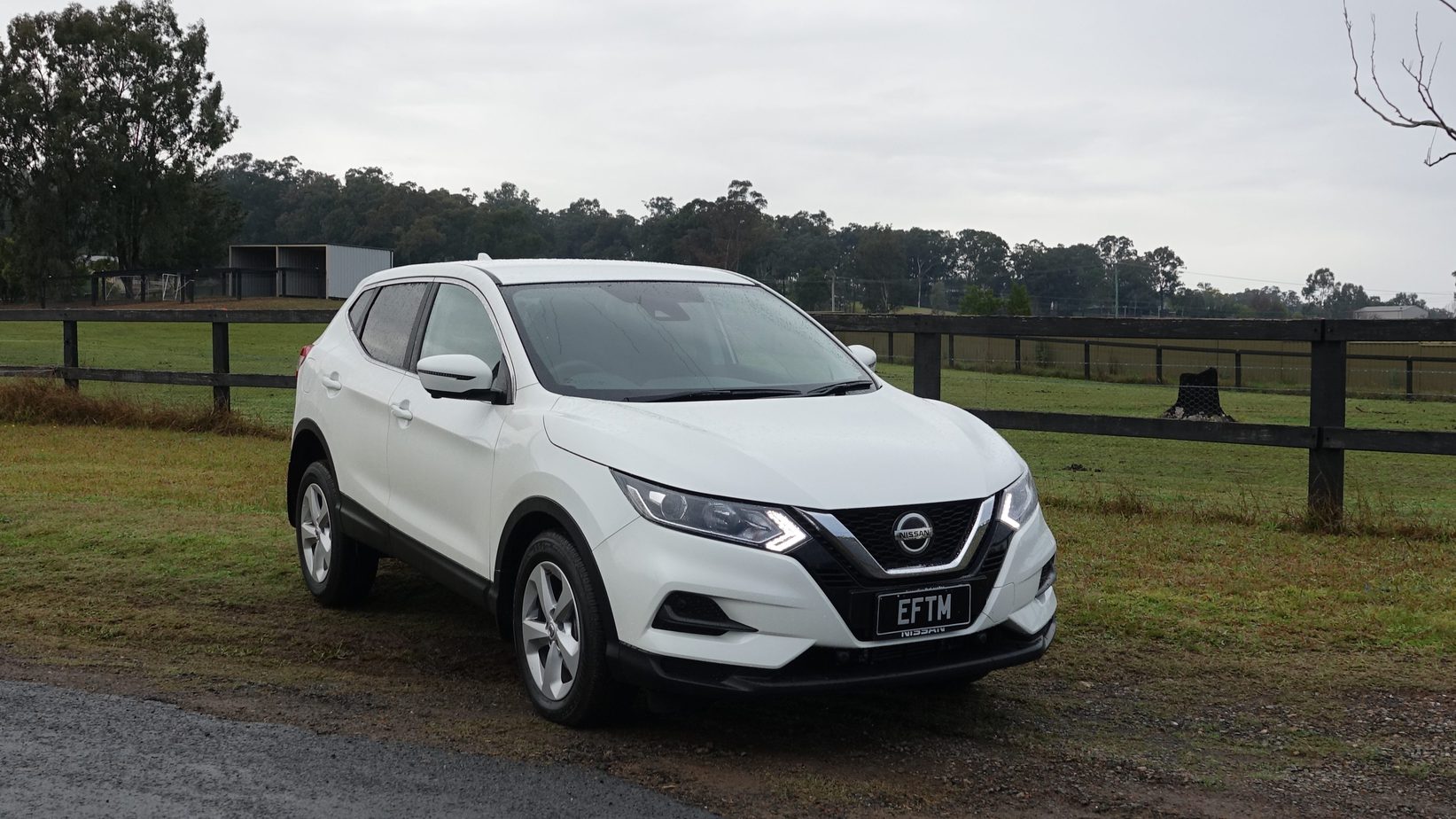 Nissan is very lucky that this nation still has a love affair with SUV’s, because aside from the new Nissan Leaf and performance cars like the 370Z and GT-R there is not a whole lot going on in terms of variety. This week I’ve been driving the Qashqai ST+, a car that adds some extra goodies over the entry level ST.

The Qashqai comes close to being a small SUV yet is still some way off the larger X-trail. So, let’s run with calling it a mid-sized people mover. The ST+ model is positioned to give the buyer a sense of owning something a tad more substantial over the base ST.

For the extra cash you get a 360-degree reversing camera with moving object detection, satellite navigation, 7.0-inch colour touchscreen with DAB+radio, heated and powered door mirrors and window tint.

But in short this is a reasonably comfortable and purposeful SUV that also looks the part.

The Qashqai cabin doesn’t exactly blow you away. It’s a relatively straight forward space, which may well suit some people. The steering wheel feels good in the hands and even has a flat bottom to it, why I’ll never know.

The Qashqai rolls along nicely too thanks to well-sorted suspension and light yet communicative steering, in short it’s mostly a relaxed drive. I say relaxed because I find the Continuously Variable Transmission (CVT) flares and groans too much to my liking, but that’s just me.

That aside the cloth seat trim is of acceptable quality and all five pews are nice to sit your derriere in. Although this is mostly a four-seater, the kids will be playing rock, paper, scissors for the middle seat.

My wife pointed out one annoyance, the front USB port is in the centre console bin. If you use a window mounted mobile phone holder you’ll need a pretty long cable to reach it.

The Qashqai gets up to speed well, although with a full load it will start to struggle, that’s usually when those CVT groans become apparent.

The Nissan Qashqai is powered by a 2.0-litre four-cylinder petrol engine. Power is sent to the front wheels only via a CVT. The outputs are 106kW at 6,000rpm and 200Nm of torque at 4,400rpm.

Nissan really need to upgrade its infotainment system and I’m sure the brand is well aware of this. You can’t get away with just offering an iPod compatible USB port and Bluetooth these days without facing some form of scrutiny. The 7.0-inch touchscreen is smallish plus it lacks Apple CarPlay and Android Auto.

But the good news is that Autonomous Emergency Braking is now standard across the range.

I think the Qashqai is a decent looking machine, you may too. Plus as I’ve mentioned some people prefer life to be a little more simplistic, the Qashqai certainly offers that. But thirdly you may be one of the very few who can pronounce the bloody name.

As a daily drive the Qashqai is very benign, I can’t look past that infotainment screen which looks 10 years out of date now, nor can I ignore the CVT that I have an inherent dislike of. But other than that the Nissan Qashqai will probably serve you loyally for many years. It’s a 6.9 out of 10 from me.